The confusing nature of the England cricket team

The first Test of the Ashes in 2019 began in ominous fashion for the Australians, with the team slumping to 8/122.

The English team, however – whilst finally unearthing a replacement for Alastair Cook – simply created more questions around their batting order.

Although Australia has personnel issues at the top of the order, England have the players to win the Ashes.

Joe Root is one of the most confusing aspects of the English line-up – someone who has been so successful at four is being forced to bat at three simply because he is the best batsmen in the team.

While Smith dominated the first Test, Root made one half-century and was unable to convert to a big score as his counterpart dominated his bowlers.

The question must be asked: should Root bat at three or four?

Joe Root batting at three would make a lot more sense if England had a strong number four. Joe Denly however, has struggled at Test level.

Denly has a Test average of 21 and was expected to be dropped for the second Test in place of an all-rounder.

Joe Root’s position at three is confusing, as is England’s wicketkeeping situation. Switching between Jos Buttler and Jonny Bairstow from the one-day format to Tests is bizarre.

While both batsmen average around 35, Bairstow is far more accomplished at Test level with six centuries compared to Buttler’s one.

Batting Bairstow at seven forces him to bat with the tail. Although England have a lot of depth, it wastes a batsman who has the ability to make big scores.

Buttler’s strike rate at Test level is higher than Bairstow’s, which lends itself to batting with the tail. He can attack like Steve Smith did with the tail in the first innings of the first Test.

He received considerable criticism from commentators when compared to Tim Paine in technique when keeping to spinners.

They commented that his style would cause him to tire quickly, which could correlate to his batting dropping further.

Speaking about his own career on the broadcast, Kumar Sangakkara said that losing the gloves turned out to be a blessing in disguise.

England have a well-balanced attack with Chris Woakes, Stuart Broad, Jofra Archer and Jack Leach, who is a much stronger spinner than Moeen Ali.

England could seriously improve their chances with minor tweaks to the team, but historically they have stood steadfast with decisions such as these. 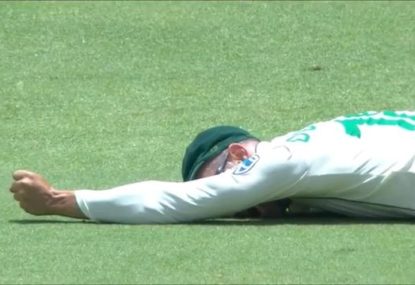 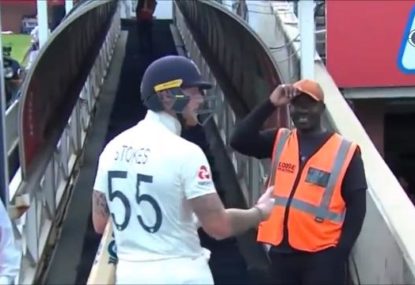