When it comes to men’s rugby league, at the moment there is genuinely only one thing I care about: the Parramatta Eels playing finals football.

Given the team’s strong win against the Gold Coast Titans on Friday night, it’s looking pretty good, with the real question is where the team will finish.

But for some fans it seems there’s a much bigger concern than their team’s on-field performance, and that’s the gifting of a $15,000 ring to Cameron Smith’s wife to celebrate Smith’s 400-game milestone a couple of weeks ago.

Spare me the complaining.

I’ll admit there are some parts of this gift that are a bit challenging to accept.

Despite Smith being arguably the greatest rugby league player of his time, does this gift set a precedent for every player who reaches 400 games? James Graham reached 400 NRL games a couple of weekends ago – did his wife receive a gift? 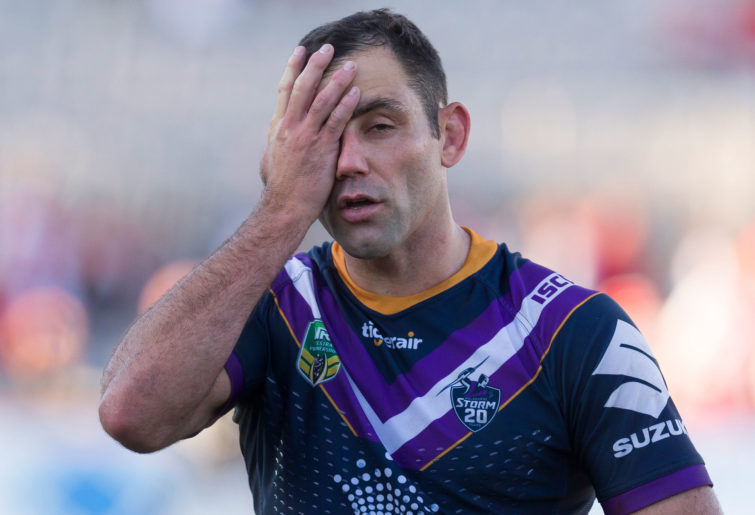 Smith may have been the first player to reach that 400-game milestone, but he certainly was celebrated across that weekend and even had a testimonial dinner.

It also seems a bit fishy that this wasn’t disclosed or declared at the time by the NRL and has only now come out because of a scoop from the Daily Telegraph.

In the past there have been circumstances in which clubs have flown out players’ parents from overseas and had the airfares deducted from the salary cap -how does this ring fit in with the salary cap, if at all?

Additionally, I realise the role that Barb Smith has played during her husband’s career. In many circumstances partners have to make tremendous sacrifices so their partners can chase their dreams (Barnaby Joyce’s former wife immediately comes to mind).

Barb may well be one of these women, and I certainly do not question the influence she has had on her husband’s career, but the NRL could have presented her with something less flashy while still acknowledging her role in his career and allowing the money to be spent elsewhere – and there are plenty of other places this could have been spent.

Of course, while I understand things are challenging in the bush at the moment, it’s worth noting each year, to its financial detriment, the NRL takes games to regional parts of the country. What other sports are doing this?

Honestly, despite all that, I really don’t care that much and don’t understand why this has become such a massive issue. In the end it’s $15,000 and will have no impact on the Storm’s ability on the field.

I wonder if a gift had been presented to the partner of a less maligned player – say, Tara Rushton, who is married to Cooper Cronk – whether the result would have been different here. There are many footy fans who take any chance they can to have a crack at Smith; is this just another one of those occasions?

My social media this weekend has been awash with people who are demanding that Todd Greenberg and Peter Beattie step down immediately because of this gift. Apparently this is the last straw in an inept administration and things need to change immediately.

Greenberg and Beattie are not perfect. But who is?

If I compare the NRL compared to many other sports in the Australian landscape, we are shining. Numbers on television are up. The women’s game continues to flourish, not to mention the quality of the men’s game. Our State of Origin series continues to top television ratings and more people are playing and watching our game than ever before.

Compare us to other sports like football or, heaven forbid, rugby union. Rugby league is in a really good place. I think it’s time we all stopped and appreciated it, because isn’t that what’s fun?

Additionally, there have been some really mean comments about Barb, who has genuinely done nothing wrong in this situation.

Given the comments we have seen in recent weeks on social media about players like Paul Momorovski, Latrell Mitchell and Blake Ferguson, I thought people might take the opportunity to be a bit kinder, particularly during ‘women in league’ round. I was wrong.

Perhaps as footy fans we need to take a deep breath and smile, especially if your team is still in contention to be playing in September. Finals footy is not far away and given the form of the top five teams, it’s going to be a cracker.

Enjoy the final weeks of the season, because I know I’ll be complaining when the off-season commences. Let’s not let $15,000 get in the way, even if it could have been better spent elsewhere.