It’s been a hell of a comedown for Wallabies supporters, with the best chance of claiming the Bledisloe Cup in years swept away in no time at all as a rampant All Blacks side produced a 57-point turnaround to retain the trans-Tasman trophy.

There’s probably a line there somewhere about the length of a week in international rugby, but the Perth win always meant the Wallabies were again only going to be as good as their next showing. Annoyingly, they’ve once again followed up an excellent performance with one well below standard.

And there’s no escaping the magnitude: it was the Wallabies’ biggest loss since New Zealand won the first Bledisloe Test 42-8 in Sydney in 2016, and the biggest Australian loss overall since South Africa ran up an embarrassing 53-8 scoreline over the Wallabies at Ellis Park in 2008.

The All Blacks answered the entirely valid questions from the Perth loss in emphatic fashion. While the Wallabies, sadly, turned all the answers they seemingly had last week into yet more questions. 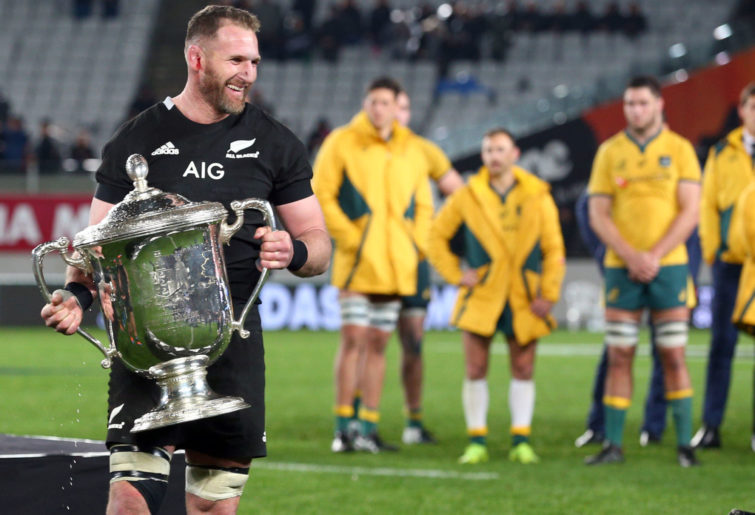 The Wallabies’ opening minutes in Auckland weren’t great, with the kick-off mere inches away from going into touch before the ten-metre line, and then a pass from the first real midfield attacking raid being thrown forward.

From there, it only took another minute or two for an issue that has long-plagued the Wallabies to rear its ugly head again.

After Samu Kerevi made a half-break and presented quick ball for Nic White, James O’Connor found Kurtley Beale on his outside with the possibility of creating a two-on-one with Marika Koroibete to Beale’s outside again.

Beale took the ball to the line as All Blacks winger Sevu Reece drifted across the Wallabies fullback’s outside. Reece was engaged enough to turn back to his right and focus on Beale – meaning the pass to Koroibete needed to go then.

Instead, as Beale was brought to ground by Dane Coles, Reece focused on the ball. Koroibete had over-run the ruck, and with O’Connor still trailing on the inside, Reece pounced as Koroibete and O’Connor arrived.

The clean-out was OK, but Reece’s presence was enough for Beale to pull the ball back a touch, which then made life difficult for White, as he tried to get his hands on the ball in the face of Coles and Sonny Bill Williams. The ball spilled between White’s legs, and Williams may have even tackled White over the ball without possession, but the damage was done.

The ball took an eternity to come out, the momentum was lost, and the Wallabies had to reset through forward carriers.

The game was in the seventh minute, and already you could tell the attacking breakdown was once again going to be a problem. 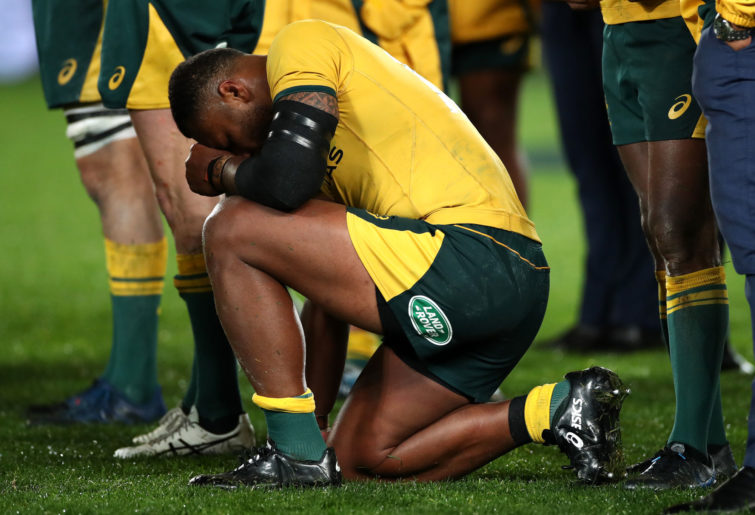 Curious, a quick search back through articles written over the years returned more than a dozen references to a concerning lack of attacking breakdown presence in Wallabies losses.

After the home series to England in 2016 was lost in Melbourne, I wrote of “A lack of go-forward platform begat a passive breakdown presence begat a backline forced to carry into contact.”

After the loss to Scotland in Sydney in 2017, they were similarly “a team who were way too passive at the breakdown, and particularly when in possession. They were frighteningly inaccurate.”

Ditto the end-of-season loss to England at Twickenham last year, which confirmed Australia’s worst international season on record, and came on the back of “a breakdown presence that lacked all game and no more so than in attack.”

If I’d not seen this issue in a Wallabies performance before, I might’ve been concerned. But the truth of the matter is that the regularity of this is the single biggest issue facing the Wallabies for this year’s Rugby World Cup.

There were countless examples in the Eden Park loss of Australian players not being in position, or simply not showing enough urgency to ensure that attacking ball was maintained at the ruck. Too many of those countless examples led to turnovers and All Blacks counter-attack.

Just as they proved their set piece and attack is right up there with the best, the Wallabies also proved to themselves in Perth what a dominant breakdown can achieve, and the platform from which to attack with quick ball it provides. A week later, they’d forgotten about it.

David Pocock’s return won’t be enough to solve the problem. A massive knee-jerk reaction like parachuting Will Skelton in from nowhere won’t either.

As it has always been, this is once again Michael Cheika’s biggest priority to address, and he has less than a month to get it right before the RWC.

And make no mistake, RWC progress will not occur without it being fixed.