The second match day had ten intriguing games. There were no scoreless draws, which is quite remarkable.

The football was fantastic to watch. There are only two teams that have claimed all six points on offer, and they are Liverpool and Arsenal. At the other end of the table, there are four teams that are yet to claim a point from their first two matches: Aston Villa, Newcastle United, Southampton and Watford.

For the second week in a row, the intervention of VAR played a pivotal role in overturning a decision – Manchester City had a goal ruled out, which may play a role in deciding where City finish on the ladder this season.

The decision cost them two points. It was a handball determined by VAR that means City have two less points than they would have had VAR not been in place.

Coaches under the pump
Steve Bruce (Newcastle United) – Newcastle were outplayed by Norwich City, meaning they are empty-handed from their opening two games.

Manuel Pellegrini (West Ham United) – For the second week in a row, Pellegrini put in place a game plan that didn’t get the best out of his players.

Arsenal took advantage of their attacking pressure with the opening goal of the game through Alexandre Lacazette. They failed to go into the break with the lead as they conceded an equaliser to Ashley Barnes. Burnley goalkeeper Nick Pope made a couple of good saves in the second half to keep his side in the contest, but it was to no avail as Pierre-Emerick Aubameyang made it 2-1 in favour of Arsenal.

Magic moment: Lacazette had a header that was well saved relatively early in the first half by Pope.

Who stood out from the pack? The margin would have been more if Pope hadn’t made some good saves. Dani Ceballos had two assists on his Premier League debut for Arsenal.

What went right? Arsenal had a good game plan in the first half. They threw caution to the wind, despite going into the break with the scores level. They continued with a similar intent in the second half and consequently they were victorious.

What went wrong? The first goal conceded by Pope went through his legs. Burnley’s equaliser was due to poor defending by Arsenal.

Josh King calmly slotted a penalty early in the game to put Bournemouth ahead. Harry Wilson made it 2-0 relatively early in the game. Bournemouth midfielder Philip Billing was brought off at half time, as he was treading on thin ice on a yellow card. Aston Villa controlled the balance of play after half time, but they failed to claw back a result.

Magic moment: Aston Villa midfielder Douglas Luiz scored an outstanding goal from outside the box to give his side hope of getting something out of the game, making the deficit between the two teams one goal.

Who stood out from the pack? King was the best player in this contest by a fair margin.

What went wrong? There was a penalty awarded to Bournemouth in the opening minute. John McGinn missed an opportunity for Villa late in the first half that would have kept them in the contest.

Brighton controlled the game for the majority of the first half, but they failed to score any goals. West Ham striker Chicharito finished well in the second half to give West Ham an undeserved lead. Brighton equalised thanks to a fantastic strike by Leandro Trossard.

Who stood out from the pack? Fabianski made some important saves to salvage a point for West Ham.

What went right? Brighton looked dangerous from set pieces and nearly transferred that dominance into the opening goal of the game. Brighton goalkeeper Matt Ryan made a couple of important saves late to ensure the game ended in a draw. 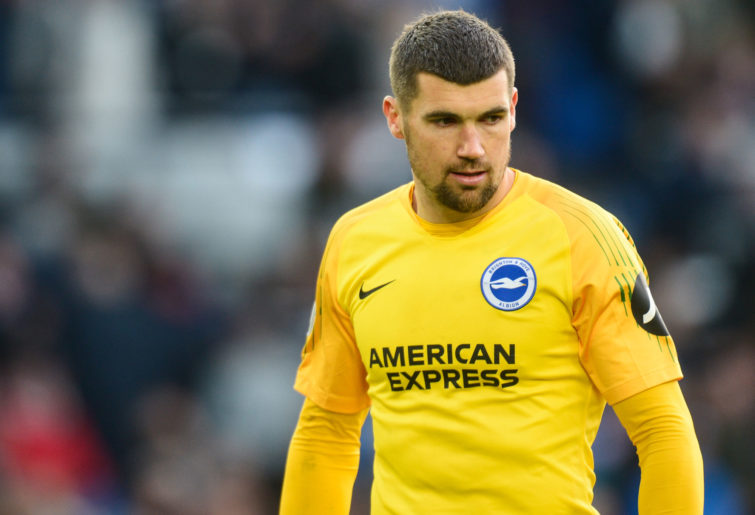 It was a cracking game of football at Goodison Park. Everton had control of the game for the majority of the opening half. They maintained a 1-0 lead from relatively early in the match to its completion.

Magic moment: Everton midfielder Bernard scored the opening goal of the game with a cracking shot that Watford goalkeeper Ben Foster could do nothing about.

Who stood out from the pack? Bernard was an important part of an Everton team that made it six points from a possible six.

What went wrong? Watford striker Troy Deeney missed a golden chance to equalise, partly due to a good save from Jordan Pickford, in the second half. Watford missed another opportunity to equalise late in the game, because of a shocking finish by Abdoulaye Doucouré, who didn’t hit the target.

It was clear that Norwich were going to win this game from early on in the contest with Newcastle United goalkeeper Martin Dubravka forced into a couple of good saves fairly early in the contest.

What followed was a stunning hat trick by striker Teemu Pukki. Newcastle created some chances of their own, but only managed a consolation goal in second-half stoppage time from Jonjo Shelvey.

Magic moment: Pukki scored a fantastic goal – a volley that was the opening goal of the game – that would have been impossible to for any goalkeeper in the world to stop from going into the back of the net.

Who stood out from the pack? There was only one player to choose from: Teemu Pukki.

What went right? Pukki scored a hat trick for the home team to give Norwich a deserved three points.

What went wrong? The Newcastle defence shambolic. They allowed Norwich to have a total of eight shots on target.

Southampton controlled the balance of play and the tempo of the game for much of the first half, which was a big surprise. Liverpool’s Sadio Mane broke the deadlock undeservedly in first-half stoppage time, but that’s football. The second half was a totally different story with Liverpool controlling the possession, but they did concede a goal – and just survived to claim all three points.

Magic moment: Southampton’s Maya Yoshida had a header brilliantly saved by Liverpool goalkeeper Adrian to keep the score at nil-all near the midway point of the first half.

Who stood out from the pack? Sadio Mane was a pivotal part of Liverpool claiming all three points. Mane played a part in both of Liverpool’s goals, with a goal and assist.

What went right? Not a lot for Liverpool in the first half, but they did go into the break with a 1-0 lead despite all of that somehow. Liverpool’s Roberto Firmino made it 2-0 thanks partly to an astute pass by Mane.

What went wrong? Southampton’s Che Adams wasted a chance with a header over the bar near the half-time interval. Southampton substitute Danny Ings produced a wonderful piece of play, but shot over the bar, so all of that mastery and wizardry amounted to nothing.

Liverpool defender Joel Matip nearly scored an own goal, but Adrian prevented any embarrassment with a good intervention.

Adrian gave the ball away, passing straight to Ings, who scored a goal that gave Southampton some hope and make the score 2-1 near the end of the game. There was a massive opportunity for Southampton to equalise, but Ings didn’t even hit the target.

Manchester City took a deserved lead near the midway point of the first half thanks to a header from Raheem Sterling. Kevin De Bruyne provided a sublime assist with a quality cross, but Tottenham equalised with a superb strike from Erik Lamela.

De Bruyne provided the assist for City’s second by Sergio Aguero, who had a simple tap-in. Manchester City had many more shots than that of Tottenham, which illustrated their dominance of general play.

Magic moment: Lamela took a fantastic corner, which led to Lucas Moura heading in a second equaliser for Spurs.

Who stood out from the pack? Lamela and De Bruyne were both pivotal for their respective teams in an attacking sense. Tottenham’s Lamela finished with a goal and an assist, while Manchester City’s Kevin De Bruyne was responsible for providing the assists for both of City’s goals.

What went right? Manchester City’s style of play was exquisite in the first half. Gabriel Jesus scored what appeared to be the winning goal for City, but the goal was ruled out by VAR spotting a handball. The technology did its job. 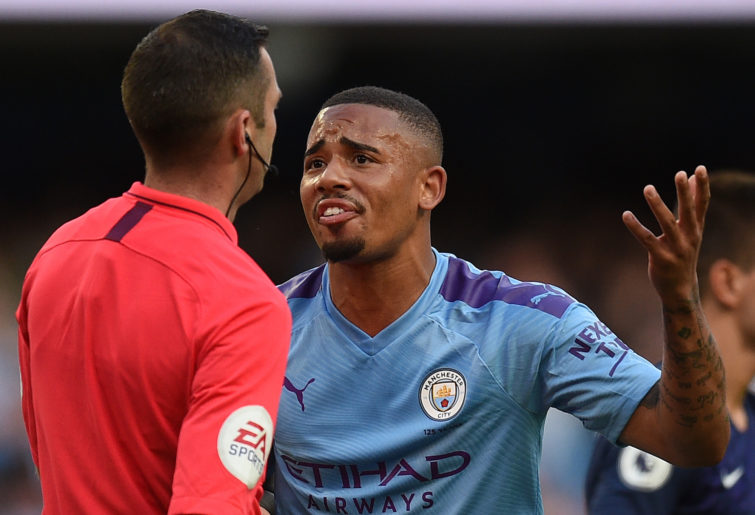 What went wrong? Tottenham’s performance wasn’t up to standard until they scored an equaliser at the midway point of the first half. There appeared to be an argument between star City striker Aguero and manager Pep Guardiola.

Despite controlling possession and having more shots on target than their opposition, Crystal Palace dropped all three points against newly promoted Sheffield United.

Magic moment: There was a quality save from United’s goalkeeper Dean Henderson, who saved a deflected shot from Andros Townsend early in the second half, shortly after the hosts scored.

Who stood out from the pack? United’s John Lundstram had a big impact on the game, scoring the only goal.

What went right? Sheffield United had their first win of the season. It means they are unbeaten after two games in the Premier League.

What went wrong? The defence from Crystal Palace was poor. They left Lundstram wide open.

The game was relatively even, apart from the fact that Chelsea had two more shots on target than Leicester. The two teams were forced to share the spoils in a tight affair.

Magic moment: Leicester scored an equaliser near the midway point of the second half. James Maddison took an exquisite corner that was headed in by Wilfred Ndidi.

Who stood out from the pack? Maddison was prolific for Leicester. He was the reason why they got something out of the game.

What went right? Ndidi made an error, turning the ball over, which led to Mason Mount scoring the goal of the season for Chelsea. Ndidi made up for his mistake by scoring the equaliser for Leicester.

What went wrong? Chelsea’s Pedro just missed a goal at the start of the game, missing a golden opportunity. Maddison should have put Leicester ahead in the second half, as Jamie Vardy should have, too.

Manchester United controlled the tempo of the game, specifically the possession. Both teams had only two shots on target each.

Magic moment: Rui Patricio, the Wolverhampton goalkeeper, made a great save from a Paul Pogba penalty.

Who stood out from the pack? Ruben Neves equalised in the second half with a fantastic shot. Neves was the reason why Wolverhampton salvaged a draw.

What went right? Wolverhampton did well to earn a point against a team that had the majority of the ball and controlled the balance of play.

What went wrong? There may have been some attacking intent from both teams, but from a combined total of 15 shots, they had just four on target. I’m not sure why Paul Pogba took the penalty, as Marcus Rashford would have been my preferred penalty-taker.