The Roar
21st August, 2019
17
Join the conversation
1382 Reads
Advertisement
Write for The Roar

The Wallabies will announce their highly-anticipated World Cup squad at 9am (AEST) tomorrow morning.

After a curious Rugby Championship and Bledisloe Cup campaign that saw a rare thumping win over the All Blacks, as well as a thumping loss in the return fixture, it’s hard to get a read on which way Michael Cheika is leaning in several positional battles.

There are plenty of obvious choices, but which way should he go on the less established selections?

We were joined by Roar rugby expert Brett McKay on the Game of Codes podcast to name the players we want to see given a go in Japan next month.

One big name in the World Cup squad selection discussion is Will Skelton. The 27-year-old recently extended his contract with UK club Saracens, but his improved play in the Northern Hemisphere has seen several prominent figures call for the Matt Giteau law to be tweaked – or scrapped – so he can play.

The fitness of injured flanker David Pocock will be particularly interesting too. Rugby Australia will reportedly be able to offer bidders a broadcast package for all levels of the game from grassroots clubs to the Wallabies after signing a new deal with Club Rugby TV. 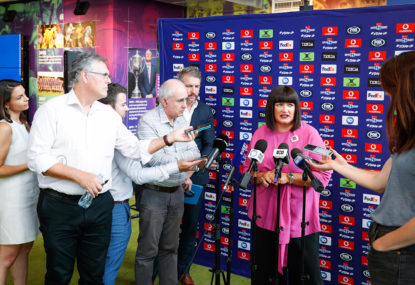