Wayne Bennett has hit back at critics of the NRL’s tough foul-play stance, declaring the game isn’t soft when players stick to the rules.

The NRL’s judiciary has come under the spotlight in recent weeks, most recently with the five-week ban handed down to Brisbane forward Tevita Pangai for a crusher tackle on James Maloney.

Pangai was ruled out of the Broncos’ clash with Bennett’s South Sydney on Friday night and will only play again if Brisbane reach week three of the finals.

That ban was labelled “unfair” by Brisbane teammate Joe Ofahengaue this week, while St George Illawarra prop James Graham claimed it was “over the top”.

Phil Gould went one step further last week, claiming doctors and lawyers would put an end to the game in 20 years if concerns over safety continued.

But Bennett bit back at any such suggestion, saying the issue was with misbehaving players and not the game’s officials.

“We’ve got to get that right in the heads, the game has always been about physical intimidation but there are rules,” the Souths coach said.

“You’ve got to play within the rules. Believe me, the physical intimidation is still there.”

“I think Graham Annesley said it best: go and put some boots on and have a run and see how tough and physical it is.

“We’re not losing the toughness of the game, but no one wants the thuggery in the game.

“Blokes are getting rubbed out because they are doing things outside the rules.”

Maloney had been critical of Pangai’s hit, claiming he had heard his neck crack after Pangai came down on him as he sat on the ground.

Pangai’s suspension was extended to five weeks because of his not guilty plea and the fact he has had three previous offences.

However Broncos coach Anthony Seibold said on Thursday he wouldn’t speak to the powerful forward about curbing his aggression.

“At some stage T (Pangai) and I will sit down and but I don’t think there has been foul play in the last two incidents he has been suspended for,” Seibold said. 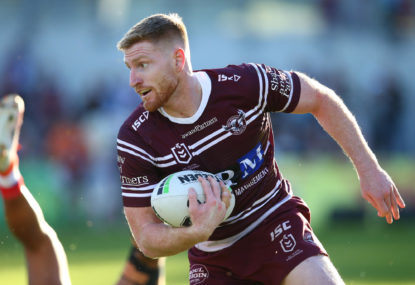 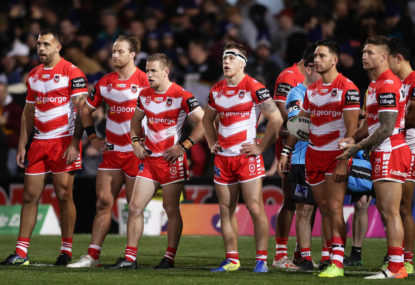 The North Queensland fullback says he is making the transition back into the game “really well”. 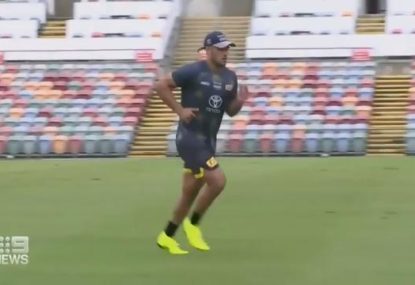 “Living in England,” the Screaming Jets assured us back in 1992, “I don’t have to act like I’m having fun”.