The NBL 2019-20 season is shaping up to be one of the most exciting the league has ever seen.

Fresh quality import signings, a brand-new franchise, the increase of home-grown Australian basketball talent and the likes of future NBA draft prospects Lamelo Ball and RJ Hampton joining the NBL under the ‘next stars program’ have all contributed to the growth of the NBL and the growth in popularity of basketball in Australia.

With less than two months until the season starts and many of the NBL imports having now landed in Australia, this is my detailed ladder prediction for the 2019-20 NBL season.

1. Sydney Kings
It’s no surprise the Sydney Kings are favourites to win the 2019-20 NBL championship. They have all the talent and firepower to win. Reigning NBL MVP Andrew Bogut is back for another year, and with new imports Jae’Sean Tate, NBA rookie from the New Orleans Pelicans; Didi Louzada; and proven NBL performer from Melbourne United, Casper Ware, there are no excuses for the Sydney Kings to win it all. New head coach Will Weaver is an experienced G-League manager who is hungry for success, and he’s added Luc Longley as a special advisor to ensure the Sydney Kings have the great culture to win. This is their championship to lose.

2. Melbourne United
After finishing as runners-up in 2018-19 NBL season, Melbourne United will no doubt be back up there to contest for the championship again. Acquisitions of NBL proven imports Shawn Long and Melo Trimble and the return of three-time NBL champion Casey Prather, plus the returns of Australian NBL stars Chris Goulding, Mitch McCarron and David Barlow, show that Melbourne have the talent to win it all. The only question is: can these players gel together and work as a team? With a successful NBL head coach I think they will be able to work it out and aim to reach the same goal: the championship. I’m predicting a Sydney Kings vs Melbourne United final.

3. Perth Wildcats
The reigning NBL champions will be in the hunt to go back to back and they should have every opportunity to do so. The return of Bryce Cotton and reigning finals MVP Terrico White should ensure the Wildcats a play-off spot at very least. My worries are they have lost important players in Greg Hire, Angus Brandt and Tom Jervis, and I also question whether Terrico White can recapture his NBL finals MVP form. Adding Dario Hunt, who by all reports is a good player, has question marks over him as to whether he can adjust to the NBL. These concerns have left me no choice but to put the Perth Wildcats third, but RAC Arena has become a fortress for them and it will still be tough for oppositions to come out of the west with a win. 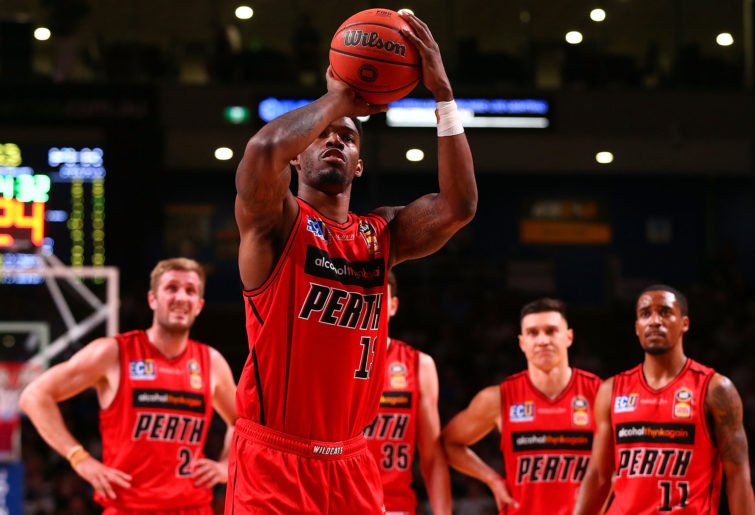 4. Adelaide 36ers
This is where I expect I will get the most of the backlash, but I believe in head coach Joey Wright and I think the Adelaide 36ers will upset some teams this season. My main reason for this is the continuity and the chemistry this team will have from the very start of the season. The 36ers have had their roster complete for months and a lot of their imports have been in Australia for a long time. They’ve been training together before any other team, and that will give them an advantage. The added grit of Americans Deshon Taylor and Eric Griffin and the return of a fitter and stronger Harry Froling will make Adelaide a tough team to beat, and I predict they’ll win a few games in their new stadium.

5. South East Melbourne Phoenix
This is an interesting team, and I may have put them higher on the ladder if they weren’t a brand-new franchise. With a new team comes a lot of distractions, and sadly this will be a detriment in their inaugural season. On a positive note they have a very well-rounded roster that will win them a fair few games. Mitch Creek and Tai Wesley are proven NBL talents, and they have acquired good imports, like American journeyman John Roberson and future NBA draft prospect and highlight reel Terry Armstrong. They will shock some teams, but I just don’t trust a new franchise to make a play-off run.

6. Brisbane Bullets
I would have had this team lower if it wasn’t for their Hail Mary, Lamar Patterson. The Bullets lack depth and direction and I have no idea where they’re going. Lamar Patterson and Nathan Sobey are the only shining lights on this roster for me. I do not trust their two new imports to have any impact in this campaign and, to be honest, after the Australian Boomers debacles of recent times I do not trust head coach Andrej Lemanis either. I’m betting on Lamar Patterson and Nathan Sobey to carry this team to a few wins, but I do not see Brisbane having any meaningful impact in the NBL this season.

7. Illawarra Hawks
The success of the Illawarra Hawks heavily relies on the performance of young kids and injury-prone veterans, and this will end up being too much for these players to handle. Playing against big men week in and week out will wear these guys down. There will be no days off for imports Josh Boone and Aaron Brooks, and even though they are proven performers, the question still remains: can their bodies hold up for a whole season? Young players Sunday Dech, Dan Grida, Sam Froling and of course Lamelo Ball will make the Hawks a must-watch side as they will have exciting moments, but I do not see them having any impact this season – but if they were to manage to keep most of these young kids, the future would be bright in Illawarra.

8. New Zealand Breakers
People may see this as me putting the New Zealand Breakers too low on this list, but I have my reasons. I can’t put my faith in a team relying on a ‘next star’ player to carry them. RJ Hampton may be touted as a top-five NBA draft prospect, but I just can’t see him making a huge impact in the NBL, definitely not to the extent the Breakers expect him to. Yes, they got a few quality import signings, but so did a lot of teams. These players are not proven in the NBL and there are just too many question marks surrounding this organisation to be a success. From the ownership to the coaching staff and the players, they don’t seem to fully understand the NBL, and for that reason I don’t think they will be able to compete at a high level.

9. Cairns Taipans
Cairns have copped a lot of criticism and it kills me to put them ninth because I really like the Taipans. I like the roster they have put together with the limited money they have compared to other the teams. I want to see them succeed, but I just can’t trust this organisation yet. This roster does have positives. I love their import signings. Scott Machado, Cameron Oliver and Devonte Newbill are great players and will be huge this season. Nate Jawai is apparently in the best shape of his life and Kouat Noi and Majok Deng are great young talents, but this team lacks depth and a winning culture.

This is a fun roster and they will be better than last season – I hope. I don’t believe the gap between sixth and ninth is as great as everyone says, and the Taipans will cause a few upsets, but those are the only positives I can take out of this season for the Taipans. I’m hoping a private ownership business model in the near future will put Cairns back on the map.