Skelton, Pocock off the Wallabies bench a handful at World Cup

Maro Itoje said it best when asked what kind of impact Will Skelton was having at Saracens.

“When I see him play and I see him carrying and I see him hit people, I am happy he is on my side rather than the opposition,” Itoje noted in late May, just three months ago.

Itoje’s comments are worth reflecting on given that Michael Cheika was only this week still holding out hope he could convince Skelton to re-sign with Australian rugby and therefore include him in the Wallabies World Cup squad, to be announced this morning.

Itoje was talking just three weeks after Saracens’ win over Leinster in the European Champions Cup final and a few days before their English Premiership final, which they also won with a 37-34 victory over the Exeter Chiefs at Twickenham. 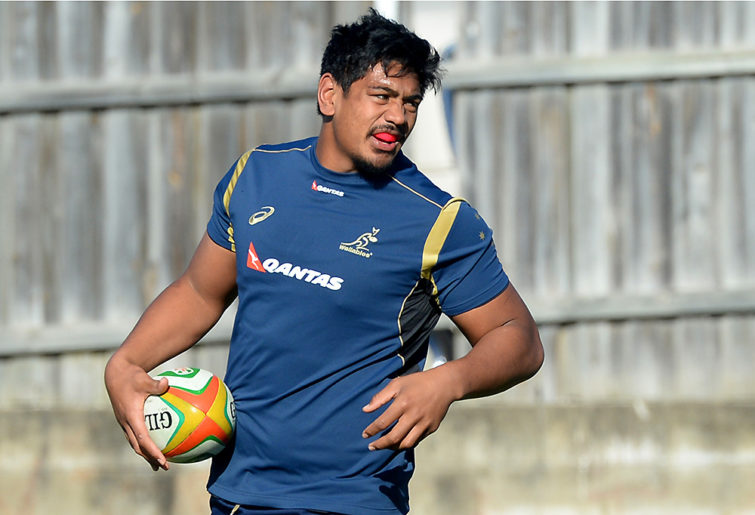 Skelton played a significant role in both title successes, enjoying a bumper 2018-19 season for the London side. His form was undeniable for Saracens coach Mark McCall, who shifted Itoje – usually one of England’s first-picked forwards – to blindside flanker to accommodate Skelton at second-row in the starting line-up.

Such was his impact, Saracens convinced him to sign a two-year contract extension that same month.

Skelton showed justifiable loyalty given it was Saracens who whipped him into shape to become a much more agile athlete but one who was still strong enough and with an engine big enough to whack defenders out of the way. There was universal astonishment at Skelton’s new and improved rig. Since joining Saracens from the Waratahs at the end of 2017, Skelton dropped 21 kilos in 18 months to weigh in at 119 kilograms. Going with a height of 2.03 metres, he’s naturally a weapon most teams would love to fire.

If Wallabies and Tahs fans were stunned by his change in physique, they were perplexed with the talk that Skelton was still a chance to feature at the World Cup. Skelton wasn’t contracted to Rugby Australia, and with 18 Wallabies appearances he doesn’t meet the 60-cap Giteau Rule threshold for players attached to overseas teams.

McCall conceded that Skelton had spoken to him about the possibility of playing at the World Cup and wouldn’t stand in his way if he wanted to cut his Saracens contract short to return to Australia.

“(And) we want our players to play in the World Cup … for that to happen he probably has to sign longer term there (in Australia), which is not what we want, but if that is what Will decides, that is what he decides.”

If Cheika has been able to seal Skelton’s signature at the 11th hour, then it’s great news for the Wallabies as they prepare to head to Japan.

While he was often starting at Saracens, Skelton would likely be used off the bench at the World Cup. Cheika has invested heavily in Izack Rodda, who has started in the past 17 straight Wallabies Tests alongside either Rory Arnold, Adam Coleman or Rob Simmons. Rodda deserves his spot, being a more effective defender this season, giving away fewer penalties and also being a solid lineout target. Arnold missed last weekend’s Eden Park hammering to the All Blacks due to a hand injury and was sorely missed after producing one of his best games for the Wallabies the previous Saturday in Perth. 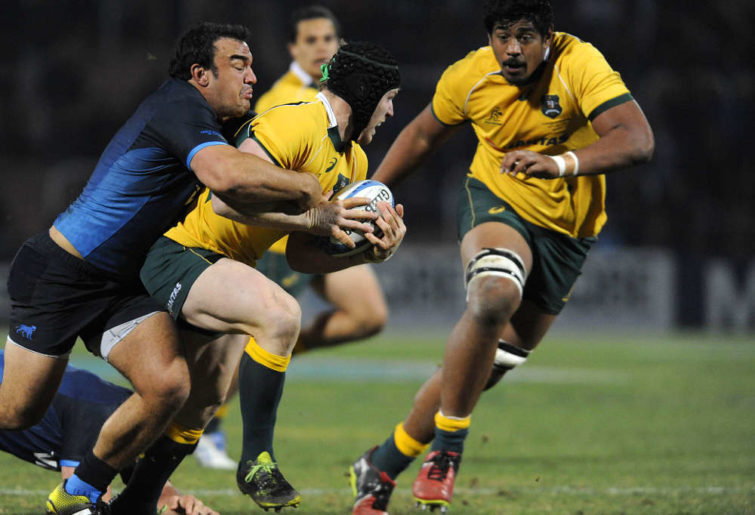 Arnold could be asked to empty his tank for about 55 minutes, with Skelton to come on to finish off the game. His size and power would make him a handful for tired defenders at the back-end of any Test. Adam Coleman hasn’t been the same player since his sternum injury a year or so ago and Rob Simmons won’t give you tackle-busting runs or rib-rattling tackles late in the game.

Add Skelton to a bench that has David Pocock as a back-row replacement and it’s already formidable. Pocock has hardly played this season due to a calf injury but he will almost certainly be in the 31-man squad. His class can make a huge difference to the Wallabies, and hopefully he’s close to full fitness and ready to make as big an impression as the last World Cup in 2015.

Sticking with the bench, Taniela Tupou is another damaging ball-running addition and gives significant upside to scrum security late in the game. As long as he keeps a lid on his aggression, Tupou can make a huge mark at this World Cup. Tolu Latu has almost certainly nailed down the starting hooker jersey, meaning Folau Fainga’a is likely to get the nod as the bench rake. Like Latu, he can sting in contact and improved his lineout throwing, but his eagerness to create turnovers often translates into conceding penalties.

That would be a helluva forwards bench: Fainga’a, James Slipper or Sekope Kepu, Tupou, Skelton, Pocock.

The lock and back-row addition of Skelton and Pocock would certainly make it a lot more menacing than the bench options that faced the All Blacks in Auckland: Simmons and Liam Wright.

Perhaps in the pool match against Wales, as well as the knockout games, Cheika might opt for six forwards on the bench. That could open the way for Jack Dempsey, Pete Samu or Wright to provide cover. Pocock is a likely replacement for Lukhan Salakaia-Loto given Isi Naisarani’s excellent start to his Wallabies career. Salakaia-Loto also provides an option in the second row if Cheika goes for Michael Hooper and Pocock on the field at the same time and Naisarani plays out the full 80 minutes.

Remember, Cheika lured Matt Giteau, Adam Ashley-Cooper and Drew Mitchell back from France to help get the Wallabies backline humming at the last World Cup on the way to the final. Nic White’s return to Australia from the Exeter Chiefs a few months ago was a top snare. White has been a bright spot for the Wallabies in recent Tests, and Cheika should be commended for his part in bringing the livewire No. 9 back. White’s influence will be greater than Skelton’s even if the big lock gets the nod in the Wallabies squad. But Skelton can still pack a punch from the bench and be the trump card that the Wallabies crave if Cheika’s sales pitch has worked and he’s on the plane to Japan.

The last words can go to his Saracens teammate Itoje: “I’ve played against him before and that was when he wasn’t in this type of shape. Even then he was a big deal to deal with. Now he has had a huge impact on the whole squad. He is in great form, he is truly in great form. But if he is playing for the Wallabies, unfortunately he will have to get chopped down like the rest of them.”