Shaun Lane says he didn't have drugs. I say, "why do we even care?"

And a fair cop to both.

And while it certainly sounds like bullshit, let’s take Lane at his word that nothing illegal went down and that it was just a bag of white powder that may have been used to put upon a baby’s bottom or to soothe jock rash or to use as a prop for a gag about Forrest Gump.

We don’t know the context for Lane’s jape, and humour can be lost in the analysis.

“Humour is tragedy minus time,” Denis Carnahan said on a podcast I heard the other day, and you had to be there, and all that, from the sounds of it, et cetera.

And so rugby league’s well-practised doctors of the dark arts of spin extinguished Lane’s little spot fire by trotting him out to the media and onwards, outwards into the eyeballs of you, sports consumer, and people variously clutched pearls or passed beer nuts or knocked out a column or podcast.

The NRL is investigating images which appear to show Parramatta forward Shaun Lane in possession of a white substance during Mad Monday celebrations at his former club Manly, via @BuzzRothfield https://t.co/tadICHt7fP pic.twitter.com/LbjjPHpXSS

And the world moved on, no more to see here.

And on the scale of a shat in Schlossy’s shoe to rorting the salary cap with a second set of books, Lane’s peccadillo rates a two on the Disgrace-o-meter I just made up.

If nude Burgii on a telephone is a one, dressing as Forrest Gump and mugging for a camera with a bag of white powder is a two. Three at worst.

Not a fact, it’s a subjective thing, your Disgrace-o-Meter.

And in five or ten years it will rate a zero because Australia will grow up and realise that drugs are just another vice that people consume, no better or worse than heavy drinking, smoking or slotting your mate’s rent into The Queen of the Nile.

I don’t know if it’s a fact. The future is unset, as my man The Mole would tell you given he published a yarn declaring Nathan Brown safe for 2020 on the day Nathan Brown quit.

Ha. It happens. And his sources were lying or didn’t know, and it happens, and so on.

And no-one is safe from the future, especially not coaches in an NRL that stands for Not Really Long.

And here we are, again.

Now! I believe it behoves upon us, sports fans, to turn the microscope upon ourselves and to analyse what we give a stuff about.

And ask ourselves: when do you reckon, given our cultural mores, that rugby league fans and/or the greater Australian sports-watching public will cease to be surprised and/or give a stuff that NRL players, who are young men, take drugs. 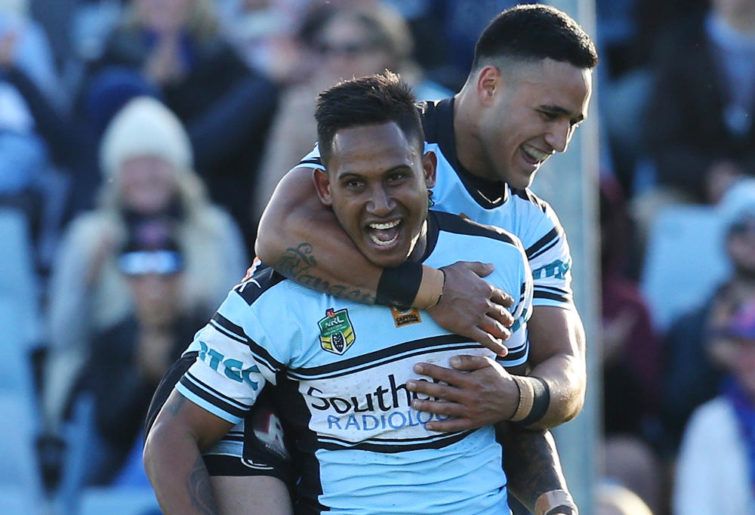 I know! Say no to drugs, kids, because drugs are bad, mmm-kay?

And yes, these young fellow are paid lots of money to play footy and their employer can test them, just as airlines can test pilots and feds can test cops.

And all that greater argument. There’s a hundred tangential spin-offs, all arguments for another time.

In this one, let’s declare ourselves straight-talking Aussie diggers who call spades bloody shovels and acknowledge, right or wrong, that man-boys of Australia take drugs all the time.

And that we should cease to be shocked or haul those who do over the coals.

Because it’s a massive industry.

In one financial year, 2017-18, the Australian Federal Police seized 30 tonnes of drugs worth $5 billion, a record.

So what do these busts take out of the market? Five per cent? Ten per cent at very best?

That means there’s $100 billion worth of drugs being consumed by Aussies each year, which makes the practice, like booze and cigarettes and poker machines, a vice that is a fact of life in Australia.

You don’t have to like it. But you must acknowledge that it’s a thing, and cease to be surprised and/or shocked that footy players take drugs.

Not everyone, but it’s a guilty secret of not only the Double Bay party set, and footy players are as susceptible to the temptations of the Beelzebub’s sherbet as anyone.

And not just the youth. But middle-aged and older accountants, plumbers, journalists, police, politicians, priests, teachers, firefighters and climate changes scientists and deniers take drugs, the latter most of all, ha.

Now! NRL players – and probably AFL ones too given the microscope they’re under – cop it so very viscerally for a vice so many people enjoy.

Lane wasn’t photographed snorting the damned stuff or injecting it or rubbing it on his eyeballs. He was dressed as Forrest freakin’ Gump, mugging for a mate with a bag. 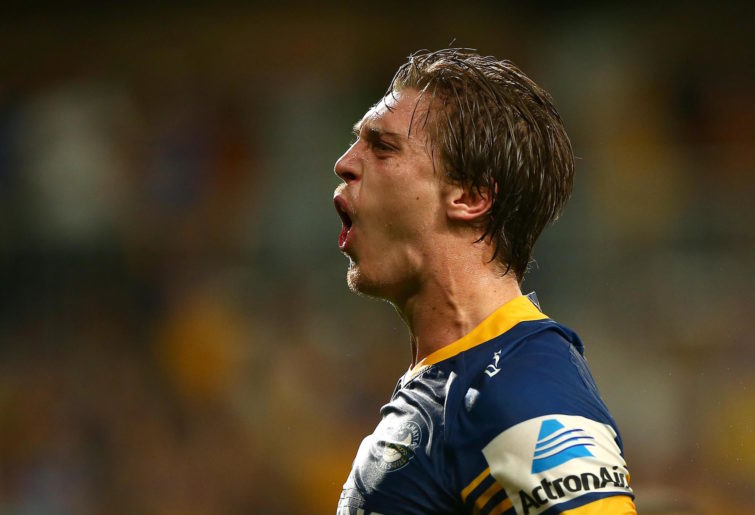 The Tele splashed it onto its front page.

No photo, no story. Lane’s mea culpa was more that he was stupid to be photographed than to be carrying a bag of white powder.

Leaguies cop it when other sportspeople don’t. Rugby union had a few blokes busted a few years ago and it wasn’t good for the code and Brad Thorn brushed James Slipper to the Brumbies, and the Brumbies said “Thanks, Brad Thorn, he’ll do us”, and James Slipper is playing for Australia.

The odd Sheffield Shield cricketer has been pinged, and if you believe they are the only professional cricketers who’ve snorted a line or pinged a pill or whatever, I have an eight-ball dime bag of Wizz Fizz posing as Colombian coke for you.

Yet NRL players, by virtue of their celebrity – and one assumes their role models of very fit churchies for the children – are hauled over the coals.

And one day we’ll cease to give a stuff because we’ll be grown-up enough to acknowledge that prohibition doesn’t work and that a footy player consuming something that millions of his peers do every weekend is not something to worry about.

Their business. Pass the beer nuts.

The NRL has conceded Parramatta should have been awarded a crucial penalty late in Saturday night’s semi-final loss to Penrith, but insist that is all their officials got wrong. In a 40-minute briefing on Monday dedicated solely to that game, the NRL’s head of football Annesley led a defence of referee Ashley Klein and cleared four […]

“Everyone does it to a yard… I don’t like how trainers can run out and have an influence over the referee.” 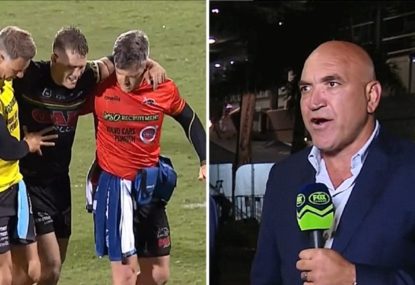 Eels coach Brad Arthur wasn’t impressed with the penalty imbalance and the number of stoppages when his team were in possession: “We’re 7-2 penalty count, the Bunker gets involved for what reasons?” And this incident with Jarome Luai and Mitchell Moses, which went missed during the game, might indicate he had a point. 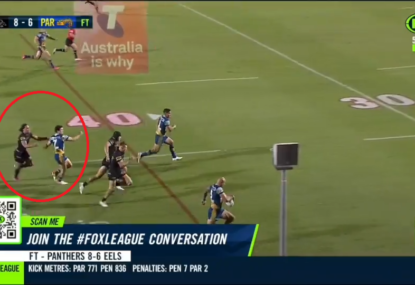 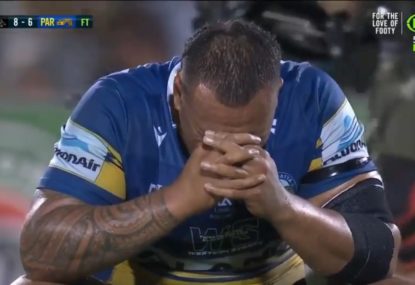