Where did it all go wrong for Newcastle?

Newcastle Knights entered the 2019 season as hot favourites to finally make the eight.

Now that seems virtually impossible. They have to win their final two and hope Brisbane, Wests and Penrith lose their final two. I want to say it could happen and as much as I want to, I can’t guarantee it will.

They suffered a 46-4 loss to the Wests Tigers, which is their biggest ever loss against the joint venture.

Looking back on it, so many things went wrong for Newcastle. Their rollercoaster season has been completely crazy. They went from a Round 1 win to five losses in a row, six wins in a row, a loss-win swap, six losses in a row, a 36-point win against the Cowboys then a 42-point loss to the Tigers.

1. The Kalyn Ponga five-eighth run
I’m 50/50 on this. Yes, KP wanted to have a shot and I do admire his courage. It’s better to try something and fail than to never to try at all. You keep wondering what if. Personally, I won’t deny I did have my hopes but I was wrong, I admit it and that’s life.

2. Ten different spines
The most important player on your team is the halfback. The halfback is like the queen chess piece. I said queen and not king because the Queen has the most versatility on the board.

Take out the queen and the advantage is on your side. The 1, 6, 7 and 9 combination is of vital importance and changing it around too much isn’t good. Sure some circumstances like State of Origin or injury is understandable but this is insanity.

3. Nathan Brown’s announcement
His announcement saying he’s going to leave at the end of the year was understood. He did his job, he rebuilt the club and brought the team back to the community. If we miss the eight, it doesn’t mean we’re not rebuilt, it just means we weren’t good enough this year.

Canberra didn’t make the eight the last two years, they didn’t need any rebuilding and look at them now, I think they’ll win it. Two things can happen when a coach leaves at the end of the year: the players keep in winning to send him out on a high or they just want the season to end. 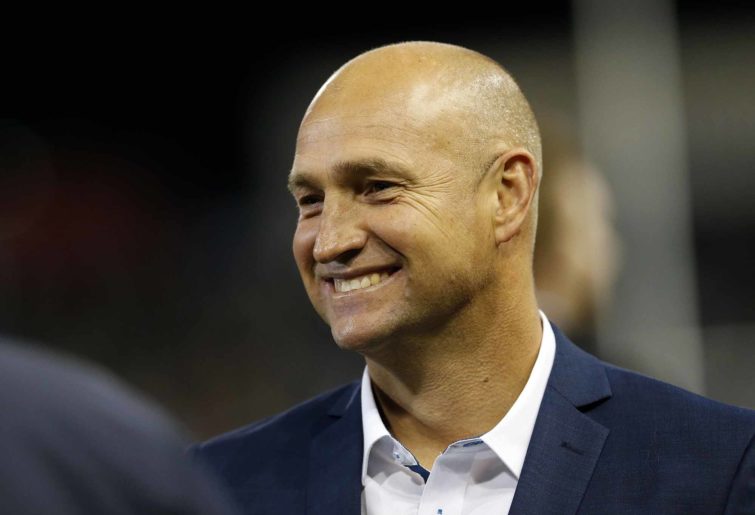 I want our players to finish this year on a high. We are the most passionate and loyal supporters the league has to offer. We go to games in large figures, usually outnumber the home team and let the infamous “New-cas-tle” chant run through the place.

One of my best memories of attending a football game is when we beat South Sydney 20-12 and stole their song into “Glory glory to Newcastle” – that’s some funny shit.

Us supporters are just as much of the team as the players. We support them, we pay to see them and we bleed the red and blue colours for our Knights. Some even ink the logo for them.

This year, whether we make the finals or not, we set the platform for a new era for our team.