Can Cheika's Wallabies beat the curse of the beaten RWC finalist?

One of the oddities of the Rugby World Cup tournament is that a beaten finalist has never gone on to win the next tournament four years later.

I call this the curse of the beaten RWC finalist.

This curse runs against the conventional wisdom of sport that says teams have to lose a final to learn how to win one.

But look at the history.

RWC 2003 beaten finalist Australia were knocked out of the 2007 RWC with a quarter-final defeat to England, 12-10.

So much for the theory that a team needs to lose a final to learn how to win the next one.

I have a countervailing theory to the conventional wisdom of losing one to win one, as far as the Rugby World Cup tournament is concerned.

The reason, I suggest, why losing finalists do not go on and win the next RWC tournament is that they keep too many players from previous tournaments.

The point here is that the Rugby World Cup tournament is played every four years.

This requires that the players backing up from one RWC tournament to the next have a six to eight years of prime performance, if their team is to be ultimately competitive at finals time.

This four-year gap between tournaments requires an entirely different selection and development process from, say, the AFL or NRL finals, which are held every year.

The lose one to win one mantra is the context in which the 31-strong Wallabies squad for the 2019 World Cup, announced in a Qantas hangar last week, needs to be examined.

The first point to note about the squad that needs some discussion is that it includes 18 players new to the RWC arena and 13 players with experience in previous editions.

I applaud this majority of players new to a RWC tournament.

The balance of the squad is correct. The team has a majority of new blood, as far as the RWC is concerned. It also has a significant contingent of players with World Cup experience.

There is one exception to all of this.

Within the 13 experienced players group is Adam Ashley-Cooper, who played in the 2007, 2011 and 2015 RWC tournaments. He is the exception. He adds nothing to the team that is not there with other players.

All the other RWC stalwarts deserve their selection.

James O’Connor played in the RWC 2011 but not in the 2015 tournament. He looks likely to be a starter in Japan.

James O’Connor has returned to the Wallabies fold in 2019. (Photo by Ian Hitchcock/Getty Images)

Kurtley Beale, Will Genia, Sekope Kepu, David Pocock, Rob Simmons and James Slipper all played in 2011 and 2015. Beale, Genia, Kepu and Pocock should be in the starting squad to play the big games against Wales and Fiji.

Michael Hooper, Scott Sio, Bernard Foley, Tevita Kuridrani and Matt Toomua all played in 2015. Hooper, Sio, Toomua are likely to be in the starting squad for the big games.

That gives the starting squad, if it is selected as expected, eight players with previous World Cup experience.

It leaves, too, five others players with a similar experience to play in the two easier matches in the tournament.

But this number, four years ago, was bolstered by the accumulated caps of Drew Mitchell and Matt Giteau, neither of whom should have been selected.

The 2019 equivalent of the Mitchell and Giteau mistake is Adam Ashley-Cooper, who has played only 189 minutes of Test rugby since the 2015 RWC final.

Ashley-Cooper is set to be the second oldest Australian to play in a RWC tournament, after George Gregan.

Part of the Wallabies’ dismal tournament in 2007 was because several great Wallabies, including Gregan, played on in the national colours well after their prime in 1999.

The selection of Ashley-Cooper is part of the mates system that has flourished since Michael Cheika took over the coaching of the Wallabies.

The Wallabies in 2019 are loaded with versatile backs. But the squad is bereft of backs with real pace like Tom Banks. Banks should have been selected instead of Ashley-Cooper.

The 2019 Wallabies squad would have been a more complete and versatile unit if Banks – who can generate blistering pace down the middle of the field when running on to inside passes from a halfback – had been included in the squad.

The message for the Wallabies from this season’s Tests is that there needs to be more finishers in the side with real pace.

Tom Banks would have provided some of that and, if the selectors use him on the wing and he stays fit, so does Jordan Petaia, the only uncapped player in the squad and the youngest Wallaby to play in a RWC tournament.

Petaia is an outstanding selection. If he regains the devastating flair he showed earlier in the year for the Reds before he was injured, he could be the David Campese-like player to take the Wallabies into a devastating attacking mode.

Getting back to the matter of the best squad the Wallabies can field in Japan, I would include David Pocock, but have him playing from the bench for two main reasons.

First, there remains question marks over his fitness to play out several hard pool round matches and how many finals matches the Wallabies play given his injuries and the time out of rugby he has had in 2019.

Second, Michael Hooper – as the designated captain – is a certain starter. To fit Pocock into the back row, either Isi Naisarani or Lukhan Salakaia-Loto need to be dropped.

It was clear at Perth, when the Wallabies monstered the All Blacks and played just about their best Test in a decade, that playing a big No.8 and No.6 gave the Wallabies a tremendous advantage in the line out and, perhaps even more importantly, in smashing through the All Blacks front line defensive wall.

David Pocock played his greatest Test match in New Zealand in 2011 in the RWC quarter-final against the Springboks. He was a one-man turnover dominator that day.

With his injuries and the passage of time, Pocock cannot be expected to be the commanding figure he was in RWC 2011 or, indeed, in RWC 2015.

My suggestion, which I note has been taken up as well by Time Horan, is for Pocock to be used as a reserve, coming on when either a lead needs to be consolidated or something special needs to be done.

It is fashionable to second guess the selectors about their squad for a RWC tournament. But, aside from the selection of Adam Ashley-Cooper, I think the selectors should be congratulated on selecting a squad that features an exciting youngster (Jordan Petaia), some monsters in the middle and back row, and an experienced group in the backs.

There have been quibbles, too, about selecting only two halfbacks while naming three hookers.

The three hookers are needed because, as explained by Tom Decent in the Sydney Morning Herald: “The selectors were concerned that if a hooker got concussed there would be potential problems given the Wallabies have two six-day turnarounds during their pool stages. Usually the stand-down period for concussions is seven days and that would probably leave the men in gold without a specialist hooker if either of Latu or Faingaa picked up a head knock.” 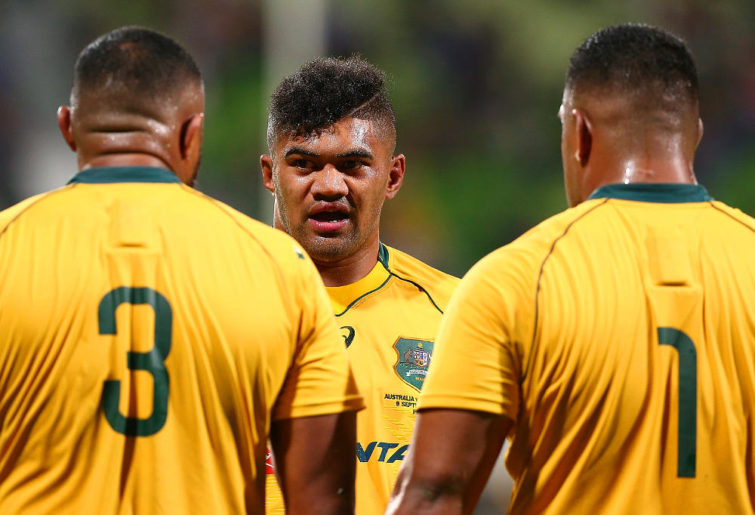 Given their dreadful record in 2018 and the patchy displays this season, aside from the night of glory at Perth, Michael Cheika’s Wallabies cannot be given high hopes of winning a third William Webb Ellis trophy.

But tournaments like the Rugby World Cup often take a life of their own.

Only diehard South Africans believed that their Springboks had a hope in hell of winning the 2007 tournament in France.

But with the two favourites – the Wallabies and the All Blacks – going out of the tournament in the quarter-finals, the Springboks won the tournament without playing the two teams that generally had their measure at the time.

The Springboks, too, had the good fortune to play against a limited England team in the pool round and in the final.

RWC tournaments can take on a life of their own. The best team does not necessarily win the William Webb Ellis trophy.

The best team in the tournament as it unravels, a different beast often, actually wins it.

So part of the magic of the RWC tournament is that for two months a team, with some luck going its way, and with a capacity to make its luck can seize the day and emerge as unexpected winners. 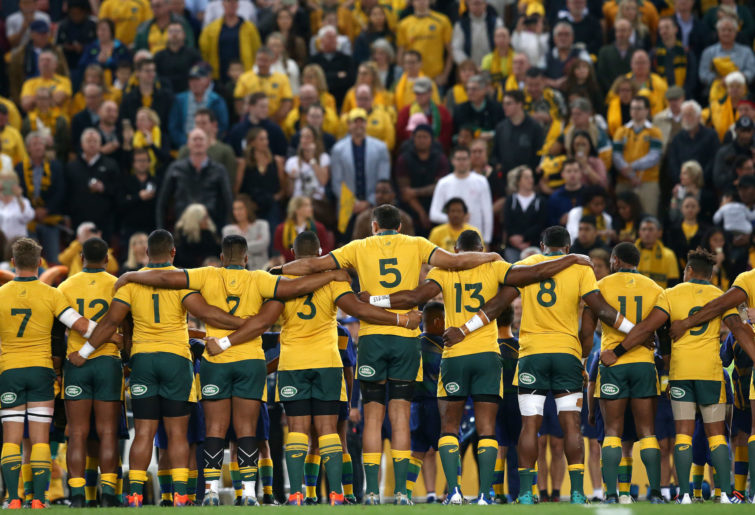 As Perth showed, the Wallabies are capable of smashing the best team in the world, when all the stars are aligned for them. Who knows, the stars may align again for the Wallabies in Japan.

And as for the curse of the beaten finalist, the fact is that curses like this are created to be broken.

Before the 2015 World Cup, no team had won back-to-back RWC tournaments.

The All Blacks – by famously winning at Twickenham in 2015 – broke the curse of the winning finalist.

The Wallabies have always, in the words of their former coach John Connolly, “punched above their weight” at RWC tournaments.

So the message for Wallabies supporters is to keep the faith that the Wallabies will break the curse of the beaten finalist at RWC 2019.