Just how far can Daniil Medvedev go at the US Open?

Consistency. There are more glamorous words to describe a tennis player, but this is the most important aspect to have in the modern game.

This string is missing in the bows of too many of the much-heralded next generation. Not so for Roger Federer, Rafael Nadal and Novak Djokovic – and, as of late, not so for Daniil Medvedev.

Perhaps the least vaunted of all those youngsters 23 and under in the men’s game up until the last year or so, he has that consistency ingredient more than any other.

Where much-vaunted players like Alexander Zverev, Denis Shapovalov and Nick Kyrgios have in varying ways failed to kick on, the 23-year-old continues to rise.

He didn’t drop a set during that run in Washington and Montreal until the final, and the only set he lost in Cincinnati was a comeback victory against Novak Djokovic in the semi-final. This is the second time he has beaten Djokovic in 2019.

Medvedev crushed the vanquished beneath his iron heel too, surrendering a paucity of games each set.

He tops the list for matches won (44) and number of finals reached (six). 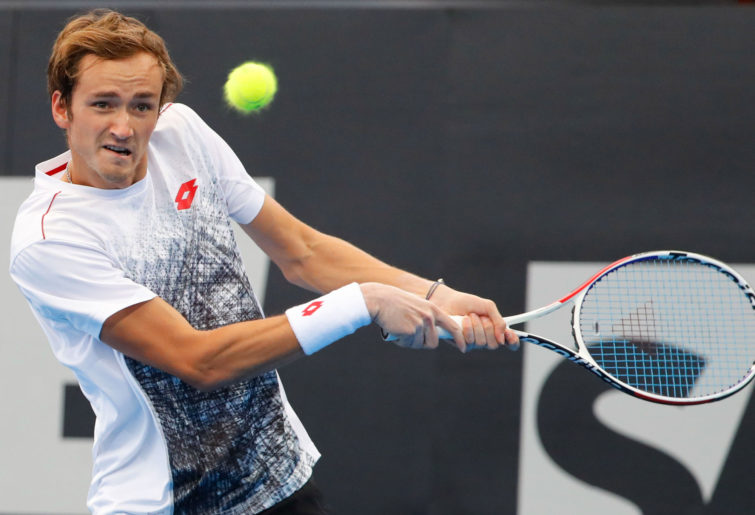 There is no real secret. Above all else he does it by putting ball after ball back in court.

He recently told the UK Telegraph: “It’s about having the consistency to not make unforced errors and make the guy miss before me, even if it’s after 50 shots”.

And the world No. 5 is not six foot one or six foot two but a towering six foot six, or 198 centimetres. This goes against conventional wisdom, and yet it’s got him to into the world’s top five.

The lissomness with which he moves hither and thither is most impressive, as is his relentless ardour to run down another lost cause.

But there is a lot more in his arsenal.

Djokovic himself has said that Medvedev hits the ball with consistent depth, that his shots are very low and powerful, and that he has improved his forehand and movement.

He does not possess a monster serve, a la John Isner, Milos Raonic, Reilly Opelka or Ivo Karlovic, but it is well placed and effective.

Perhaps more impressive is that he is eighth for break points converted (43.74 per cent), sixth for return games won (29.09 per cent) and second for second serve return points won (55.58 per cent).

Guys of his stature aren’t usually known for their returning ability, but this is another element that sets Medvedev apart from the rest.

He is also excellent at not only dealing with short, low balls but also hitting clean winners off them, particularly on the backhand, by getting down nice and low and disguising his shot direction well.

In best of three sets he is one of the best.

However, like many of his contemporaries, at the grand slams it is a different story.

In the 11 slams Medvedev has made it to he has reached the fourth round just once, when he lost to Djokovic in this year’s Australian Open. His average performance at grand slams is good enough for only the second round.

His style of running down every ball, covering every inch of the court and waiting for the opponent to make the error may take its toll in the best of five sets.

Certainly if Medvedev makes his first grand slam quarter-final and meets his likely foe in Djokovic, you would expect the defending US Open champion to come up with the goods.

The surprise tactic that Medvedev used so well in their Cincinnati match was hitting huge second serves from set two onwards after Djokovic took apart the Russian’s second delivery until then.

In the shorter format that tactic is much more doable over best of three sets rather than five.

Outside of slams Nadal ruthlessly took apart the Russian in Montreal, winning 6-3 6-0 in the final. The key to that win was variety. He changed the direction frequently, tied Medvedev in knots, sliced regularly, took the ball early and gave him no rhythm.

Nevertheless, he has a favourable draw until the quarter-finals, is riding a huge wave of confidence and could yet upset the apple cart on the biggest stage.

It may be a tad too early for the Russian to do just that, but nobody will want to face him going forward. 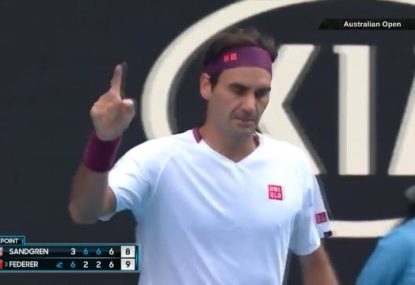 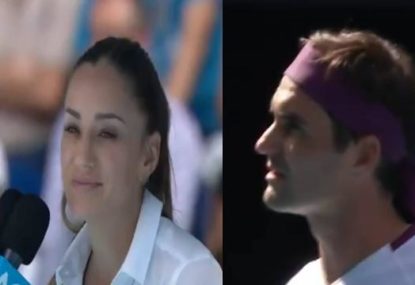 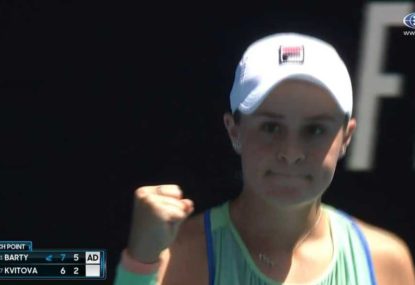 With only eight players still in the hunt to win this year’s Australian Open men’s singles title, which one of these men has what it takes to go all the way? Let’s start with Canadian Milos Raonic. Rated at number 32 overall, Raonic has shown his incredible talent with the racket in hand. Arguably one […]