When I started this supporter series there was only one person I knew I would interview, and the rest I’d figured out along the way.

This individual is Al Tivy – plumber by trade, Western Bulldogs fanatic all day ’round.

I finally get a chance to have a chat with Al during a family dinner while he’s visiting Perth. I’m here as much for the roast dinner as I am for the interview. The drinks are in abundance but it’s the gravy that’s most free flowing.

Gifted into my family through a marriage later in life, Al is the only person who supports a Victorian team and is still invited inside our homes. In fact, he instituted our highly contested family footy tipping with upwards of 40 members at one point.

Having been born just six days after Footscray’s first VFL premiership in 1954, you could almost say that Al has supported the Bulldogs since the womb.

He tells me that his parents only loosely followed the footy, so it was through his local primary school that his love of the Doggies blossomed. Back in the ‘old days’ schools were given VFL tickets to share among students. He was always keen for the tickets and has recollection of being down at the formerly named Western Oval with his schoolmates, but he’s a little bit fuzzy on the details. 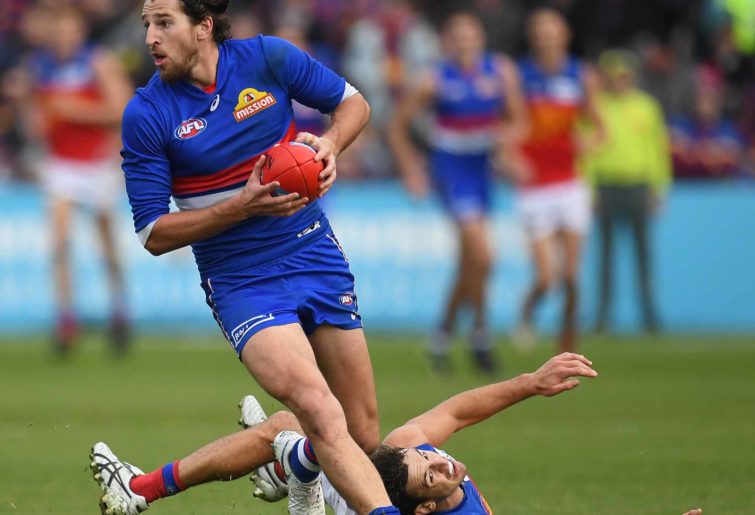 I come to discover that most of Al’s memories around this time are fuzzy. To be fair, he does have a few years on him. When I ask one particularly ‘historical’ question he looks at me incredulously and says, “How am I going to remember sh*t like that?!” He does, however, remember wearing John Schultz’s number.

I cut him some slack and we skip over his younger years and hit legal drinking age. A substantial amount of Al’s total beer consumption during this time happened at Charlie Sutton’s pub in Yarraville. It was just down the road from where he was doing his apprenticeship, so every payday he’d hit the amber nectar and debate whether so and so had been playing with a hangover the previous game or not.

From there he’d plan his entire weekend around the footy.

Al mightn’t remember much of his youth, but I remind him of one of my earliest memories as a Dockers supporter. It was 1996 and I happened to be in Melbourne for a Bulldogs home game against the Dockers. Of course, Al took this as an opportunity to introduce me to the magical world of the newly named Whitten Oval.

I can’t recall who won but at the end of the match I was able to stand on the field and clap the Freo players off the ground and into the tunnels. As someone who grew up in the bush, it was the closest I’d ever got to my footy heroes.

The excitement of the day increased when Al suggested I wander up to the media box and have a chat with the commentators. Ten minutes later I had Rex Hunt, Ron Barassi, Sam Newman, and a very baby-faced Anthony Hudson lined up for a photo.

Having triggered his grey matter, Al chimes in with another memory of making a kid’s day. On this occasion he suggested his young guest approach Brad Johnson for an autograph. Moments later the kid was back with Brad who asked if he could take him around to all the players to get their signatures too. That autograph book remains a cherished keepsake of its owner.

Eventually we get back to discussing Whitten Oval and Al tells me, “I spent so much time at the oval that I could walk straight into my spot and it’d feel like the ground had been perfectly moulded for my feet.”

He actually had front row seats in the member’s stand but he never sat in them. They’d always go to the first old timer who’d ask him for them. I have disturbing visions of Zimmer frames being used like bumper cars.

Having endured a 25-year drought as a Dockers member, I have to know what kept him so loyal for so long. “I just love going to the footy. Even when we’d lose week in and week out I’d still head to the game and stand in my same spot, with the same people to the left and right of me, and the same running commentary. It was the camaraderie.” 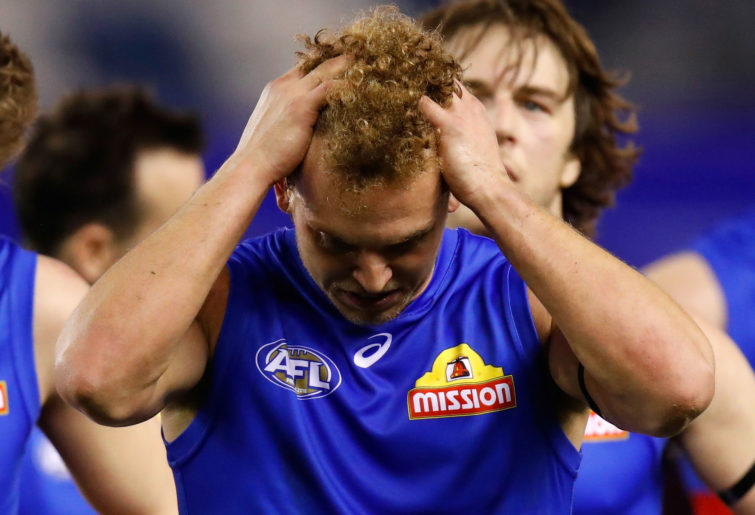 It’s been an up and down few years for the Dogs. (Photo by Michael Willson/AFL Media/Getty Images)

He explains to me, “Back in those days the players would have to visit the social club rooms and have a few drinks with us. There was a real sense of gratitude for your support and that bonded you with them and the club.”

His loyalty to Footscray was tested in 1989 due to the club’s financial collapse and proposed merger with the Fitzroy Lions. He insists, “If the Bulldogs hadn’t survived I would’ve been out. That would have been it for me. I support the Bulldogs and only the Bulldogs.”

He carries on, “If my ex-wife knew how much money I’d funnelled into the club that year she would have divorced me sooner.”

Someone breaks the awkward silence surrounding the mention of his ex-wife by asking who’s ready for refills and chiming in with a story about Footy Phil. I’ve never heard of this person so it takes me to my next round of questions about Al’s footy friends; the blokes he’s been going to the games with for about 40 years.

Al is very complimentary about these blokes. Firstly, there’s Steve who they’d all avoid until he’d paired up with a drinking buddy that could actually go toe-to-toe with him. Steve’s greatest hurdle in life is only having two hands when he’s drinking. Then there’s Dave who takes being stingy to a new level.

He used to smuggle in frozen cans and wait for them to thaw just so he didn’t have to pay full bar prices. Sometimes the weather would be so cold they’d go from partly frozen to potential frostbite if handled. Finally, there’s Footy Phil who managed to unwittingly outbid Al on a match day footy, and then asked Al to loan him the $100 for it.

Aside from their Whitten Oval antics, Al regales me of some interstate stories. When he was living in Melbourne, the crew would get to at least one interstate match every year.

He shakes his head with disbelief talking about an incident in Sydney. “ \We should have died in Sydney,” he says without a trace of humour. With that kind of an opening, I have to ask for more details. He tells me that the Sydney incident involved a meat pie, some fighting words, public transport and terribly timed traffic lights.

Apparently, as they were exiting the SCG and waiting for buses, a disgruntled Sydney supporter threw a pie at them. One of the boys, full of liquid courage, decided to take on the whole crowd. Fortunately, just before punches were thrown, the public transport attendant shoved them onto a fresh bus and told the driver to take them wherever the hell they wanted.

Now, this story should end here, but footy and alcohol don’t typically encourage survival instincts. Thinking they were safe, the boys carried on their insults through the bus’s windows. As the saying goes red lights braketh the best of men and so a chase ensued away from the SCG with the crowd catching up to the bus at every red light for the next block and a half. Insert Benny Hill music and you get the picture.

Al changes tack to a more pleasant interstate memory. This one involves the 2012 Darwin game between the Doggies and Dockers, and the Sydney Morning Herald front page splashed with: “The ATMs were empty, the bars were full and there was a man in a mankini sprinting across the buffalo grass at TIO stadium”.

This story is a cracker, but it fortunately doesn’t involve Al in a mankini, just in case you were wondering. You’ll have to wait for part two to hear about it though. Dinner is over and sweets are on its way, creating the perfect moment for a pause in this tale.