The Red Devils are a rabble

Manchester United’s home defeat to Crystal Palace on the weekend was a microcosm of a club and brand that is in complete disarray and lacking any leadership.

Sir Alex’s Ferguson’s retirement in 2013 left a sizable hole within the football club, which had been largely controlled by Ferguson in his 26 years as manager.

The transition from David Gill – who stepped down as chief executive in 2013 – to Ed Woodward has been nothing short of a disaster. Woodward’s complete lack of understanding of the intricacies of running a football club has been showcased through United’s non-existent transfer plan, which has seen the club spend almost £1 billion since Ferguson retired in 2013.

For context around this spend, Ferguson spent £721 million over the entirety of his 26 years on player transfers. This spend has been affected by the bloated transfer market wherein even the most ordinary player could cost you upwards of £40 million these days.

This though does not distract from the fact that United is unable to attract the very best talent in their current predicament and their exorbitant wage structure – including the outlandish outlay on players such as Alexis Sanchez who is earning £350,000 a week – has made United an unbalanced and unclear nursery for ordinary footballers earning world-class wages.

The most recent transfer window again highlighted the complete lack of experience and know-how in regards to Manchester United’s transfer activity. The signing of Harry Maguire from Leicester City for £80 million as well as the £45 million acquisition of Crystal Palace’s Aaron Wan-Bissaka may prove to be good pieces of business long term, but neither of these signings are taking United to the next level.

The Romelu Lukaku saga was poorly handled, as he was let go without time to replace him, leaving United thin up front and only an injury away from having to rely on 17-year-old Mason Greenwood.

The retirement of Ferguson in 2013 was always going to be a difficult transition even for a club the size of United. What has unfolded over the last six years though is nothing short of disgraceful as managerial appointments have been made then discarded, including David Moyes, Louis Van Gaal and Jose Mourinho. 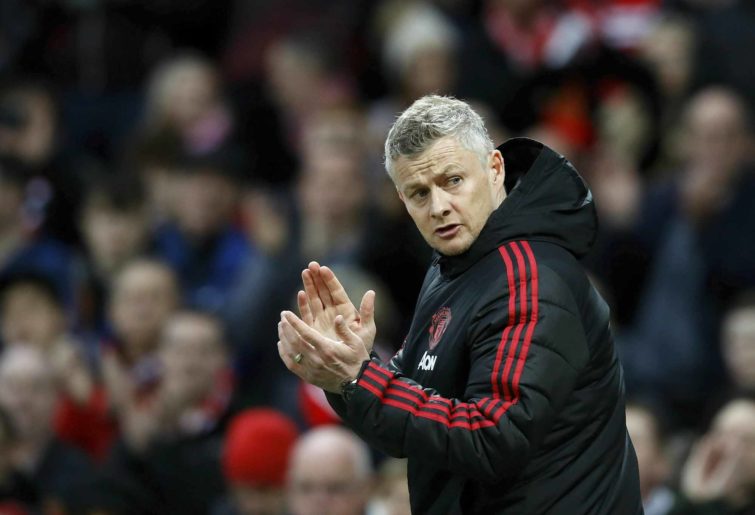 The most recent appointment of Ole Gunnar Solskjaer yet again shows the knee-jerk reaction of a club that has no idea how to make tough and well thought-out decisions.

Solskjaer brought some joy back to United after the negativity that followed the Mourinho sacking, but to appoint a manager after a few good wins is irresponsible and highlights a complete lack of judgement within the hierarchy at United.

The recent chief penalty taker saga that has erupted between Marcus Rashford and Paul Pogba again shows the rudderless state that United finds itself in. The lack of direction from Solskjaer and ability to make the simplest of decisions beggars belief for a club of United’s ilk.

The names on the United bench on the weekend would have even the most ardent supporter scratching their head at how United has slipped so far down the pecking order of the elite right now in England.

Ashley Young coming on for an injured Luke Shaw at left back showcases the complete lack of depth and the bloated disparity of a squad, which houses players that at best should be playing at middle-of-the-table Premier League teams.

Long gone are the days where United’s bench could produce a game-changing moment when the team was struggling. Now all it produces is mediocrity.

The lack of direction through the still unfilled position of a football director has placed United behind the other football powers, including its closest neighbours Manchester City, who continue to pull away across all aspects of its operation.

The once famed Carrington training centre, which developed the Class of ’92 including David Beckham, Ryan Giggs and Paul Scholes, now represents a facility caught in time compared to the lavish Manchester City Etihad Campus.

The Glazers took over United in 2005 and have created a marketing and money-making machine that constantly sees Manchester United listed in Forbes’ most successful sporting brands. This has come at a cost to on-field performance, though, as the Glazers through their actions and constant support for Woodward do not care much for the on-field success of United as long as the brand continues to grow through its many marketing and commercial deals.

Manchester United is a name synonymous with winning using a style of attacking and creative football. But the glory days are long gone.

The club that inspired a generation, including myself, from the incredible treble feat in 1999 to the dramatic Champions League win in 2008 is slowly becoming obsolete. United is a reflection of the changing time in sport wherein big business is king and the accumulation of titles and medals is taking a back seat to the commercial success.

United must find away to re-establish itself among the football elite not through commercial revenue but by bringing back the passion and joy of football at the Theatre of Dreams.