Why is Australia cursed to lose the classics?

Yes yes, very good innings. Yes yes, revived the Ashes. Yes, one of the greatest Tests of all time, what Test cricket is all about, privileged to be living in these times, etc. Fine. But I have one question.

Why is it always us?

Why is it always us – the faithful devoted Australian cricket fan – on the wrong end of these epic historic moments in Test history? Why is it always us who, when the match goes down to the wire, find ourselves sinking to our knees in exhausted despair while our opponents leap for joy?

Frankly, I’m sick of it. When is it our turn to know the joy of an extraordinary win in a breathlessly close Test finish?

It seems there’s a script to these things. When the game gets tight, when fingernails are bitten down to the bone, when every ball brings with it fresh heart palpitations, the result can go one of two ways. If Australia is chasing, a stirring last stand will bring them to the brink of unlikely victory before one error of judgment brings it all to nought.

If it’s not Botham’s bat and Willis’ ball in tandem, it’s Tavare popping the slips catch up to Miller.

If it’s not Ian Healy missing a stumping at the end of an Inzy-Mushy rearguard, it’s Brian Lara putting on a masterclass.

If it’s not a fearsome bowling display coming to nothing as Harbhajahn squirts the ball away for a couple, it’s Geraint Jones sprawling full-length to take the ball off Kasprowicz’s glove.

And now, it’s Ben Stokes – combined with the buttery fingers of Marcus Harris, the panicky captaincy of Tim Paine, and the hard hands of Nathan Lyon – taking away a victory that, if the entire team hadn’t quite earned, surely at least Josh and Marnus deserved?

Every time. And I am heartily sick of it. 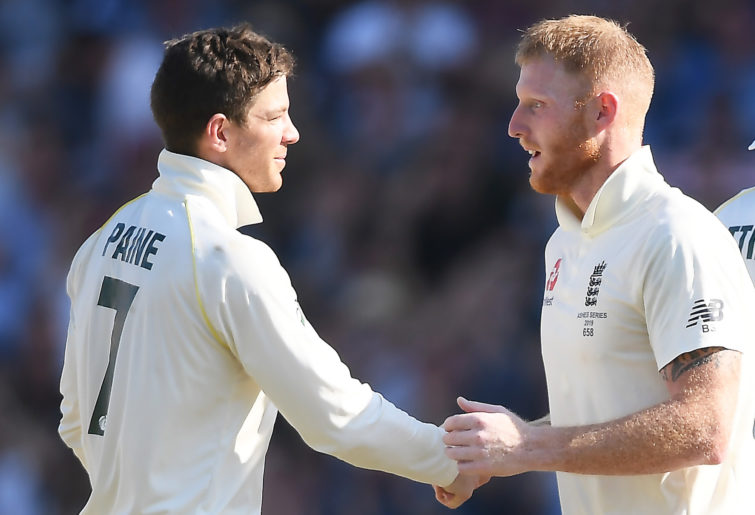 You think we can live off the scraps of Port Elizabeth even as we see our enemies gorging on these myriad feasts?

It just seems like Australia is doomed to perpetually go down in the tight ones, and it doesn’t help that these games are invariably described as all-time classics.

In fact, it kind of makes things worse: on the list of Greatest Tests of All Time, there’s Australia, over and over again, lying crushed and broken beneath the heel of history. Every magnificent tale of triumph against the odds or unbelievable escape from impossible positions just happens to also be a tale of Australian hearts being broken.

Why must we suffer so? Are we being punished by the cosmos for some great national sin? What have we done to deserve such rough treatment by the fates?

Sure, there was the ball-tampering thing, but I’d assumed those Steve Smith Vodafone ads were the penance we had to pay for that.

Besides, this has been going on for decades now: whatever crime we committed against God and Nature must be an old one. Maybe it was the underarm, but we paid for that too, didn’t we? We said we were sorry, and we punished Greg Chappell by making him coach India. Wasn’t that enough?

Whatever it is, it’s clear that Tim Paine’s men have to cut out all this net practice and team strategy nonsense, and get down to some exorcisms and spiritual cleansing.

Because Australia has somehow enraged the forces of destiny, and it’s we poor saps waiting up all night in vain expectation who are paying for it.

Sooner or later, we have to rid ourselves of this curse. Because I frankly cannot take much more of this.