Men’s tennis is in a bizarre position – it’s as if there are two separate competitions running.

On one side, there’s the ATP Tour, where a number of young players have more than taken it to Roger Federer, Rafael Nadal and Novak Djokovic.

The Majors, however, have been a different story.

Outside Andy Murray and Swiss veteran Stan Wawrinka, we haven’t seen a new winner since Marin Cilic won the 2014 US Open. That in itself was an anomaly, as in the five years before that, nobody outside the aforementioned five had won a slam.

With Murray’s career all but over – he isn’t competing in New York this year – and Wawrinka rapidly declining, we have seen the original ‘Big Three’ dominate recent slams.

They were the toast of Wimbledon this year, with the finest matches being the ones played between themselves.

Federer versus Nadal proved to be a masterclass as well as a nailbiter, and Djokovic versus Federer was a tale of two men who have mastered completely contrasting ways of playing, with the technical perfection of Novak prevailing over the aging Swiss artist.

As for the upcoming stars, they were either shocked in early rounds by lesser ranked players, or flogged by their elders in the second week.

Many of these new players are tall and lanky, who have overpowered opponents in 500 and Masters 1000 tournaments, but struggled in the best-of-five format – their spindly physiques not well suited to the long-distance nature of a major.

Six-foot-six Alexander Zverev, who nicknamed himself ‘Asparagus’ for his skinny frame, had a terrific 2017 and 2018 away from grand slams, reaching No.3 at the end of 2017 and winning three Masters titles, as well as the 2018 ATP Finals.

In slams, however, Zverev has struggled.

His highlights were the quarter-finals of the French Open in 2018 and this year. He has had some shocking meltdowns too, inexplicably going down 1-6 1-6 in the first two sets against Milos Raonic at this year’s Australian Open, before losing the match in straight sets. 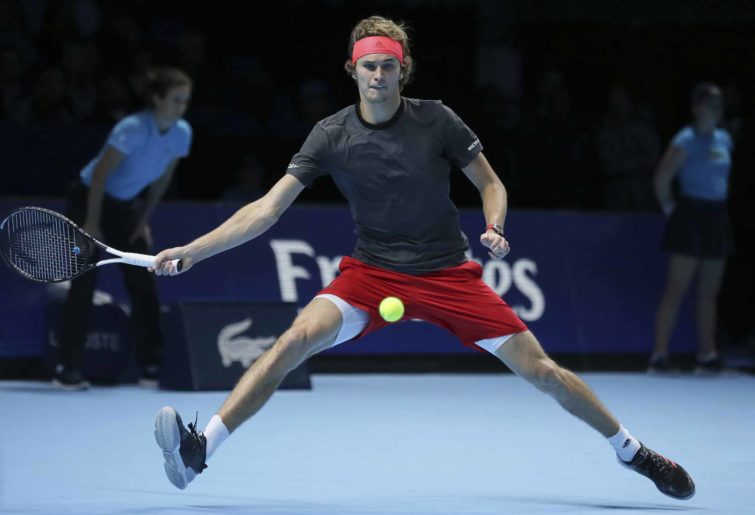 While the Big Three have dominated Grand Slams, Wawrinka was a fixture in the later stages, and beanpole Kevin Anderson has made two finals at the ripe old ages of 31 and 32.

Will this change at this year’s US Open? It doesn’t seem likely.

Federer may be shellshocked from his loss at Wimbledon – where he had two Championship points – making Nadal and Djokovic as the favourites.

Nadal won the only hardcourt tournament he has played since Wimbledon, and Djokovic, while losing in the semi-finals of the Cincinnati Masters to prodigal talent Daniil Medvedev, seems to conserve most of his energy for the Majors.

Zverev seems distracted by off-court issues – he is currently in a legal battle with a former coach – and looks in comparatively bad form to his last couple of years.

Australian Open semi-finalist Stefanos Tstitsipas looks shaky as well, losing in the second round in Cincinnati.

The most in-form young player is the aforementioned Medvedev, whose last three results have been a final, another final, and Masters 1000 win. This, however, could prove costly in New York, as the Russian looked exhausted eight days ago when he lifted the Cincinnati trophy.

Beating both Djokovic and Nadal in New York will likely prove too tough a task at this stage for the young brigade, and one can expect either of the Spanish bull or the Serbian superstar to be holding up the trophy on the second Sunday.