For the love of rugby

As we move into the limbo state before the Rugby World Cup kicks off I thought Roar readers might take the opportunity to indulge in some reflections on why die-hard followers still love the game.

And we do so despite, in the case of Wallabies supporters, this being a pretty dismal period since the 2015 Rugby World Cup.

In my case, I want to reflect somewhat surprisingly on 21 years of rugby excursions with a bunch of Kiwi mates. The Club 20 tour – more on the name later – kicked off in Christchurch in 1998. The inaugural tourists comprised two Kiwis and two Australians who all worked in the same firm. There was a common interest in rugby and so it was thought that a tour was in order. For those with long memories it was an auspicious start for a Wallabies supporter as we won the match and the Bledisloe Cup.

On the Friday night preceding the match after the four of us had dinner one of our Kiwis said we had to meet his mate Fred (his true name). We adjourned to one of the great bars which used to line Oxford Terrace opposite the Avon River which sadly no longer exists. There, sitting on a bar stool with a large paw wrapped around a half-drank beer sat Fred.

Let’s just say Fred is carrying a bit of condition. He appears to be asleep, but at the sight of two Wallabies supporters this former partner of a leading New Zealand law firm and member of the Auckland Bar issues a string of profanities addressed at the “dumb Aussie *****”, and you can probably guess the rest. Fred has become a very firm friend with whom I have shared some of the more entertaining moments of my life.

The bond established, we proceeded to enjoy the rest of the weekend. It was decided this was a worthwhile undertaking, so we agreed to do it all over again the following year. Wise heads, however, suggested we should engage in a golf tour to alleviate some of the damage to our livers. So Club 20 was born.

Golf Friday, Saturday and Sunday of a Bledisloe weekend, often away from the match venue on the Friday and Saturday, returning to the match venue Saturday afternoon. It was $20 in for all of the myriad competitions, not least of which is the coloured ball competition. Some of our number have been known to pay for most of their trip following a successful weekend on the course.

Occasionally the Kiwis have come across the ditch; however, the universal dislike of Homebush as a venue means such occasions are usually limited to Brisbane – and besides, the Kiwis like the warmth of Brisvegas.

Picture, if you will, a minibus cruising around the North or South Island of New Zealand or the Sunshine or Gold Coast with (usually) eight late to middle-aged males and the clinking of the remains of the previous evenings leftover grog supplies arriving a golf courses as diverse as Jacks Point in Queenstown, Kinloch and Wairakei at Taupo to Taihape, where nervous sheep graze on the fairways and the greens are fenced, and you’ll begin to get the picture. Through the original four tourists, we have expanded to eight and occasionally ten or 12 with part-time tourists and mates of mates.

There have been some hilarious times and adventures, staying in ‘motels’ where the six-foot-six member of our group has had to bend over to get through the door, driving the Pig Root (true – look it up) from Queenstown to Dunedin as it would be quicker and sharing breakfast at Ranfurly with Sam Neil also heading down the Pig Root to Dunedin or the occasion where, through a mate we scored prime seats at a Diana Krall jazz concert only for two-thirds of our number to be audibly snoring after the second number (philistines).

The last decade has not been a happy one for the Australian contingent on the rugby front. Oh for the heady days of Matt Burke’s stunning try at Carisbrook and John Eales last-minute penalty at Wellington. The lack of a competitive Wallabies team has actually changed the banter quite a bit, which is sad but it has not diminished the enthusiasm for the annual tour.

Some of our number have experienced significant life changes over the 21 years and we have all slowed down (a lot), but the pleasure and enjoyment is no less than ever.

All of which is a prequel to Rugby World Cup 2019. Five Kiwis and one lone Aussie will meet in Melbourne on the Friday before the semi-finals. The contingent includes three of the original tourists as well as Fred and two other frequent New Zealand tourists – the other Australian will be in Japan (he is now a senior figure in Australian rugby). We will be jumping in the minibus and playing golf all the way to Sydney (seven games in nine days) in time for the Final.

Were it not for the love of rugby I would not have met some wonderful rugby followers and experienced some great times and occasionally witnessed some decent rugby. I look forward to our tour every year and long may Club 20 tour.

Plenty of intriguing Super Rugby matches await us this weekend as the season continues at full steam. Check out the full Round 5 teams for every side here. 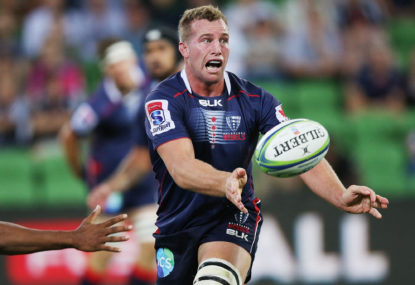 Well, I laid out the possibility of a Blues win in my sure thing last week, and sure enough, the smurf-looking sods from Auckland got me good. 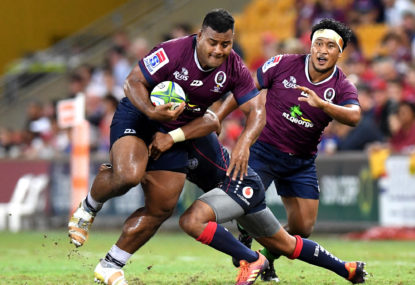