The EJ Whitten game makes a mockery of a legend

In Round 23 of the 2015 AFL season, Fremantle and North Melbourne rested a number of key players before heading into the final series.

The two clubs approached the AFL seeking permission to rest 18 players between them due to fatigue. Their requests were accepted.

The following season, the pre-finals bye weekend was introduced to give the top eight sides a week off to rest and prepare for September.

The AFL has done a pretty good job of handling the bye week. It’s been an action-packed schedule with plenty of quality viewing for footy fans to sink their teeth into.

On Monday, the All Australian squad was announced.

Of the initial squad of 40, half of the players were first-time nominees, highlighting the even season that has played out in front of our eyes.

On Wednesday night, the squad was cut down to a team of 22. Nine of the 22 players were awarded the blazer for the first time.

No one was surprised to see Carlton midfielder and last year’s No.1 draft pick Sam Walsh take home the award, receiving 44 of a possible 45 votes.

His outstanding debut season was highlighted by skill, poise and class that was on display week in and week out. Since the year 2000, Walsh recorded the most possessions by a player in his debut year (554).

The night before, Walsh was nominated by his peers as the Best First Year Player at the AFL Player Association awards.

AFLPA president Patrick Dangerfield said Cripps had a “super season” and his consistency is what makes him so valuable and widely respected by the entire competition.

“His ability to back it up week-after-week despite an up and down season for the Blues is a huge reason he’s been able to secure the MVP,” Dangerfield said on the night. 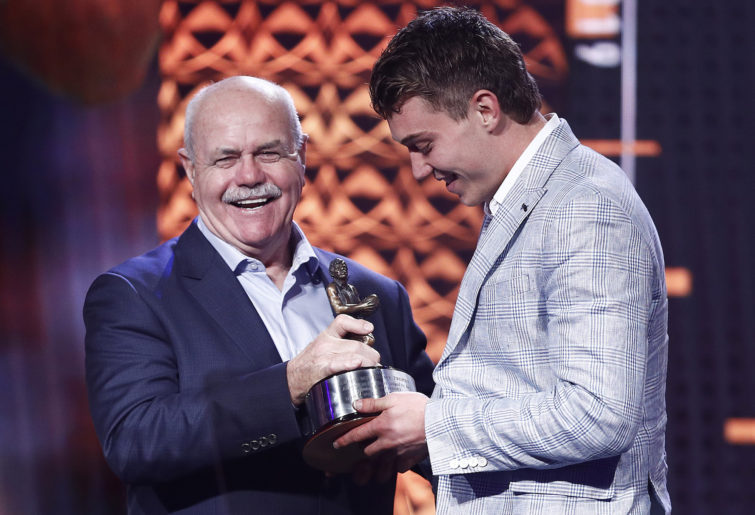 Other winners of the evening were Dylan Grimes (most courageous player) and West Coast skipper Shannon Hurn (best captain). The 22-under-22 side was also announced at the awards night.

And on Tuesday night, it was Western Bulldog Marcus Bontempelli’s moment in the spotlight, as he was crowned the AFL Coaches’ Association Champion Player of the Year.

A bonanza week for football all leading up to the big finale: the EJ Whitten Legends Game, a spectacle that brings the game’s greats together to battle it out on the big stage in front of a healthy crowd of adoring fans.

At least that’s what used to happen.

On Friday night, a measly crowd attended the AFLX-style game at Melbourne’s AAMI Park, which ended in a 275-point apiece draw.

It was the result that couldn’t be scripted… except that in 2016, the game ended in the exact same fashion. A draw, followed by a shootout and victory to Victoria.

And in 2017, we saw an equally dramatic finish to the game, with Jonathan Brown kicking a goal after the siren to lead Victoria to a one-point win over the All Stars.

Sure, the game is just a bit of fun, but with each year becoming less about football and more about entertainment, the occasion is drawing away from the man who should be the focus.

The game is played in honour of Mr Football, EJ ‘Ted’ Whitten, one of the greatest men to ever play the game.

He played 321 matches for Footscray, represented Victoria in State of Origin 29 times and was one of the 12 inaugural legends to be elevated to that status in the AFL Hall of Fame. 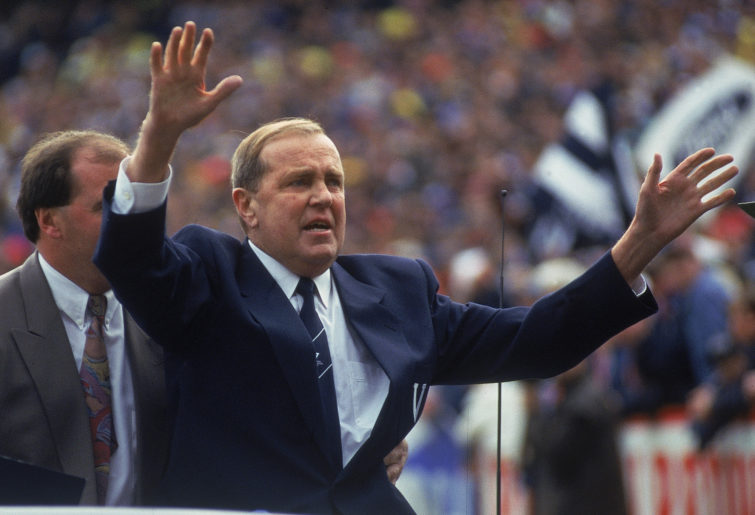 Ted Whitten is one of the AFL’s most revered figures. (Getty Images)

Whitten was one of the most widely respected and loved larrikins in the game and the football world mourned his death in August 1995 when he lost his battle with prostate cancer.

And so the EJ Whitten Legends Game was born in his honour, to raise funds for prostate cancer research.

There are two important reasons why this game is played. The first is to honour Whitten and his contribution to the game and the second is to raise funds and awareness for an important cause.

And this is the way the AFL chooses to honour the great man’s legacy? By making a mockery of the game he loved so dearly and fought for until his death?

Just six years ago, the game was played in front of an all-time record crowd of 27,800 at Etihad Stadium.

It’s not that long ago the game was taken seriously and was of interest to the football public.

But the AFL no longer take the game seriously and therefore the fans probably think they shouldn’t either, which is a real shame.

In a week of celebrating the best players in our game, we are supposed to finish it on a high, celebrating one of the best ever.

Instead, the EJ Whitten Legends game has turned into a total circus. 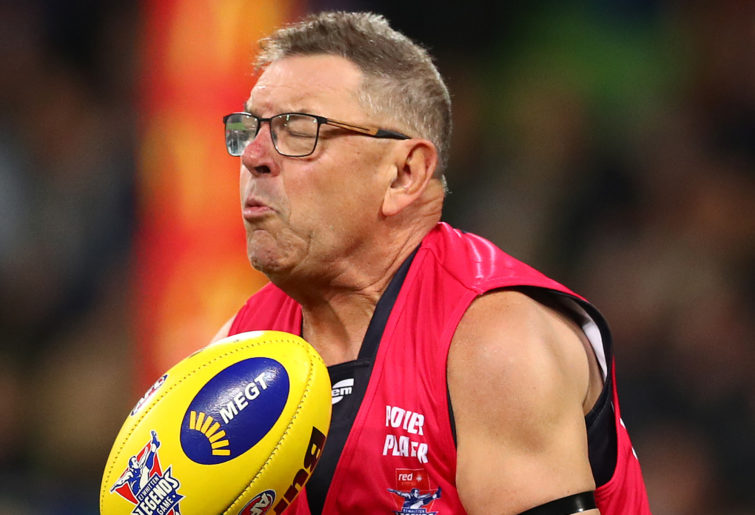 AFLX was rejected earlier in the year when played by the current players, so how does that translate to a successful legends format?

Instead of playing the game at an AFL ground, it was played at AAMI Park, which has no connection to the competition.

People like Steve Price and Byron Cooke are called into each team to give the game an added layer of humour and entertainment when the natural banter and relationships between past players is more than enough.

The AFL has tried to do too much to a game that was best when it was left alone.

That’s actually a reflection of just about the entire competition these days.

We have spent the week celebrating the people that make this game great and it ended on a low, making a mockery of one of the best ever.

It doesn’t always have to be serious, but it should be respectful.

And if we can spend the week respecting those who make the current game great, we can do the same for a legend who got us here.