On Friday, bold headlines leapt from the back page of The Australian, spelling out what has long been feared by many Australian rugby fans.

‘NZ invasion a threat to Australian rugby future’ trumpeted the lead to Wayne Smith’s article. Alongside ran Alan Jones’ piece, ‘Why are we giving coaching jobs to second-rate Kiwis?’

Regular readers will know that this column is seldom in the business of agreeing with Jones. But something strange is happening – last week, in the wake of the Wallabies’ record 36-0 loss in Auckland, Jones nailed it by admitting he was wrong about the All Blacks.

On this matter, too, we are kin, bound together by evidence that is incontrovertible. New Zealand is white-anting Australian rugby from within, and laughing all the way to Yokohama while doing so.

A famous tale from Greek mythology is that of the Trojan War, undertaken during the Bronze Age, when Queen Helen of Sparta was abducted by the Trojan prince, Paris. In response, the Greeks launched a fleet of a thousand ships and crossed the Aegean Sea to lay siege to Troy and demand the return of their queen.

The conflict lasted ten years and was ended only when the Greeks devised a plan to leave a large wooden horse outside the gates of the city. The cocky Trojans pulled the horse into their city, only to be taken by surprise after nightfall, when Greek soldiers emerged to attack and conquer the city from within.

One thing about New Zealanders is that they know their ancient history. It’s one of the reasons Lucy Lawless was picked to play Xena: Warrior Princess and Russell Crowe portrayed Maximus Aurelius in Gladiator.

And that’s why the idea of setting up a Trojan horse to wreck Australian rugby from the inside was a no-brainer for them.

What seems more incomprehensible is that Australian rugby people – administrators and fans alike – would fall for such a corny ruse. But fall for it they did.

Thankfully The Australian is now all over it, just like the seven-man All Blacks scrum was all over the Wallabies’ eight in Auckland.

Jones recently ran into hot water for his stinging criticism of New Zealand prime minster Jacinda Ardern, but he is on much surer footing when he criticises another Kiwi woman, Rugby Australia CEO Raelene Castle.

After ex-All Black turned Wallabies coach Robbie Deans was hounded out of the job in 2013, Australian rugby fans breathed a collective sigh of relief, vowing that it would be an eternity before the mistake of appointing a coach who didn’t bleed green and gold was made again.

Yet, under Castle’s stewardship, here we are only six years later, with two of four Super Rugby franchises coached by Kiwis, and Wallabies coach Michael Cheika about to replaced by another Kiwi in Dave Rennie.

The resignation of Waratahs coach Daryl Gibson provided an opportunity to right the ledger. Ex-Wallabies coach Bob Dwyer pointed out to Smith how the recent Shute Shield coaching triumphs of Simon Cron and Rob Taylor made them suitable candidates for Gibson’s job.

Inexplicably, however, NSW Rugby CEO Andrew Hore – described by Jones as “a very average Kiwi administrator” – seems set to appoint countryman Rob Penney as coach. Jones again was quick to pounce: “Penney is an average Kiwi coach who can’t get a job in New Zealand.”

Cron and Taylor have every right to feel slighted at being overlooked for no reason other than the colour of their passport. Oh hang on a minute…

Unsurprisingly, Jones points to the failure of Hore to interview Wallabies legend David Campese – whom he anoints “the Bradman of rugby” – as a particular sore point.

But my overriding memory of the so-called Don was sitting in the front row of the section of the Sydney Football Stadium stand that overhung the corner and in-goal where, in the deciding Test match of the 1989 Lions series, Campese deigned to casually lob a pass in the general direction of fullback Greg Martin who, foolishly, had no idea it was coming.

That pass – the play considered by many to have cost the Wallabies the series – famously led TV comments man Chris Handy to scowl, “You don’t pull on the green-and-gold jersey to play Mickey Mouse rugby like that”. Yet it is now clear that after a dry 17-year Bledisloe Cup run, Handy got it wrong.

It is precisely this kind of innovate and distinctly Australian rugby – delivered by fair dinkum Aussie coaches – that is required to break the nexus between repeated failure and Bledisloe Cup success.

But take it as read: Waratahs fans looking forward to their side playing this type of thrilling rugby next season under coach Penney, or Wallabies fans hoping to be similarly blessed by a Rennie-coached side, are going to be sorely disappointed.

Kiwi Dave Rennie is set to become the next Wallabies coach. (Photo by Stu Forster/Getty Images)

This is because these New Zealand coaches simply have no idea. No idea about rugby, and no idea what makes Australians tick.

And what is more, they’ve been planted there by NZ Rugby to make sure that Australian rugby remains – to use a technical term favoured across the Tasman – rat shit.

The clues have been around for a while. Think that Quade Cooper kicking out on the full to start the 2011 World Cup semi-final was an accident? Think again.

And what of Israel Folau – try-scoring phenomenon, the Wallaby rated by opponents as one of Australia’s few genuine world-class players – lured into a Pentecostal honey trap by a beautiful New Zealand netball goddess, his career now in tatters.

Do not be fooled either by claims that Australian rugby, via the performance of Rugby Australia chairman Cameron Clyne, is capable enough of shooting itself in the foot without New Zealand loading the gun.

Note how Clyne came to the chairman position off the back of his tenure as CEO of National Australia Bank. What was it that facilitated that rise? You guessed it, a stint as head of the Bank of New Zealand, where his tyres were craftily pumped up to ensure a dividend down the track for New Zealand rugby.

There is more. Whistleblower Jaco Peyper has proven to be a thorn in Australia’s side in recent years, stubbornly refusing to referee the breakdown area properly, wherever the Wallabies are concerned.

Learning that Jaco is a descendant of Whetu Peyper – legendary pig hunter of the Ureweras – paints things in a different light.

Skeptics might query just how such a disparate group of Kiwis could actively conspire to undermine Australian rugby to such an extent. Look to how China has spread its tentacles throughout the Pacific region, with tens of thousands of Chinese national migrants connected via the Chinese language app WeChat.

What links all of these Kiwi rugby conspirators is the New Zealand language version, a ‘Whuts Upp’ chat group, open only to those select few who know that mint sauce is not a condiment, but aftershave.

But thanks to The Australian the game is up and the groundwork can now be laid – as described to Smith by another ex-Wallaby coach John Connolly – to “reclaim Australian rugby and take it back to the top”.

One plot has already been foiled, ex-Melbourne Rebel Jack Debreczeni initially failing to impress Cheika in his time at the helm of the Rebels’ back line, deliberately made to look like a quality playmaker this year by the Waikato Chiefs, in an effort to con Cheika into parachuting Debreczeni into his World Cup squad.

Thank god for Cheika, ever a man ahead of the curve, stomping out that bushfire before it started.

As a historical footnote, the ancient site of Troy was rediscovered in the 19th century, in what is now part of western Turkey. Which, referring back to Friday’s headlines, seems apt.

Also proving to be a turkey is World Rugby’s nations ranking system. It now turns out that Wales aren’t the best team in the world after all, but fourth best. This is very good news for Australia, their crucial pool D match against Wales on September 29th is suddenly made considerably easier. 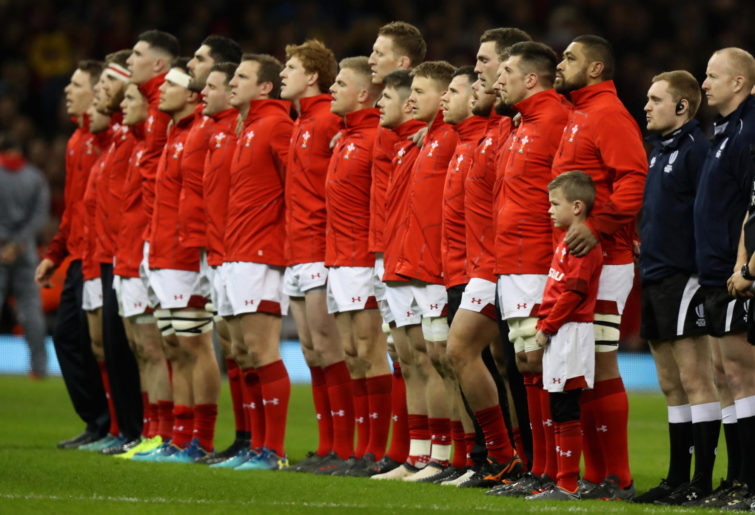 With New Zealand not playing over the weekend, it seems that a World Rugby representative was on hand at training, and noting how Brodie Retallick now had more than 90 degree movement in his arm, restored the All Blacks to number one.

World Rugby CEO Brett Gosper likes the ranking system because it increases fan engagement and provides second and third tier nations – many of whom who play each other irregularly – with a measuring stick. All perfectly reasonable objectives, but something is being lost in the execution.

The solution is remarkably simple. Leave the metrics alone, there’s nothing to suggest that the method is substantively wrong.

Such a system would achieve the objective of providing an accurate and meaningful ranking for all nations, while avoiding the ridiculous weekly bounces up and down.

With Nelson’s Ernest Rutherford known as the father of nuclear physics, I’m sure there’s a New Zealander up for that minor system re-engineer.

That’s assuming you can find one who doesn’t already have their hands full, trying to bring down Australian rugby.