Where to look approaching the first week of finals?

While September is always packed with intrigue and storylines branching off in different directions, this year seems particularly chockful.

The last three premiers are all present and accounted for, with their own story to tell.

The Western Bulldogs and Richmond have both finished in the same ladder position they did in their recent flag years, 2016 and 2017 respectively, and have a feeling of momentum similar to what they carried through those successful campaigns.

How far can the Bulldogs go off the back of a star-studded midfield in hot form, with a rising superstar in Aaron Naughton up forward? They’ve averaged 128 points per game in their last three matches, beating two fellow finalists and Adelaide, and are the team no-one wants to play.

Their backline is a weakness to be exploited if an opponent can match motors in the centre of the ground, but that won’t be easy for any team.

They’ll square off this weekend against their most bitter adversary of the last few years, in GWS. The Giants have a built-in state hostility with Sydney, but the Dogs have the most organic rivalry of substance with the AFL’s newest team.

GWS bring winning form into their first final, and also have the benefit of playing at home given a sixth-placed finish. Their Round 23 win was only against Gold Coast, but with Jeremy Cameron kicking nine that day to take the Coleman medal, he is the player Dogs fans fear could eliminate them almost on his own. 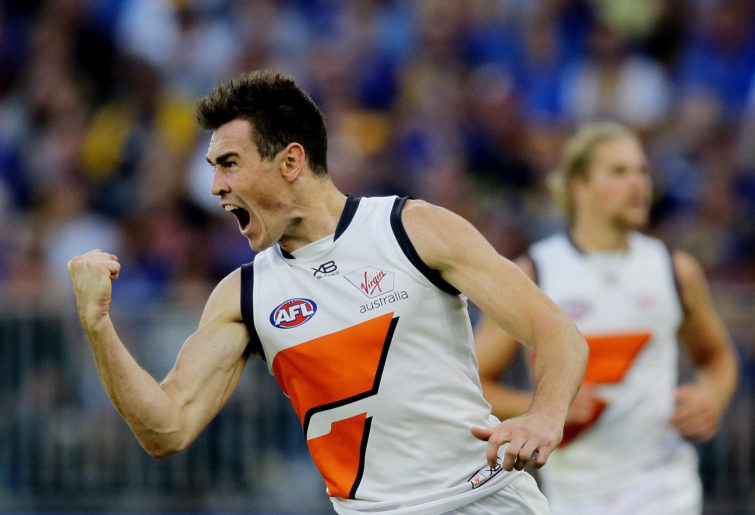 Of course, the Giants are one team with a top-end midfield that can take on the Dogs for talent and output – Josh Kelly, Lachie Whitfield, Toby Greene and Tim Taranto will be called upon, with Stephen Coniglio unlikely to get up for the first final but potentially available if his team goes deeper.

The biggest problem for GWS is that the Dogs beat them on the same turf by 10 goals just two weeks ago. It’s hard to see the Giants contending for long even if they do get over the first hurdle.

Richmond are trying to launch to a flag from third once more, but they have done it the hard way this time around, a catastrophic injury toll in the first half of the season compelling them to win nine games in a row to claim a top-four spot.

Dustin Martin has led the way during the Tigers’ winning run, stamping his considerable authority all over the competition during this period. Tom Lynch and Jack Riewoldt are getting better with every match they play together, and should be a formidable duo in fine spring conditions. The Richmond defence has been a tough nut to crack.

After seven matches in a row at the MCG to finish the home-and-away rounds, getting on a plane and hitting the Gabba is a question mark, especially given the Lions haven’t lost there since April. Win or lose, the Tigers won’t have to play anywhere but the MCG for the rest of their finals campaign, however long that lasts.

Can Brisbane really go from more than a decade out of finals to a premiership? It seems unlikely, regardless of them being the feel-good story of this season. Their job will be a hell of a lot easier if they can overcome Richmond this week though. The Tigers have beaten them 13 times in a row, which makes the task a stiff one.

Still, Harris Andrews is arguably the premier key defender in the competition this year, and gave Tom Lynch a bath in Round 23. They rebound well of halfback through Daniel Rich, Alex Witherden and Luke Hodge.

Their midfield is deep and has been in exceptional form – Lachie Neale, Dayne Zorko, Hugh McCluggage, Jarryd Lyons, Mitch Robinson and Jarrod Berry have all proven a headache for opposition coaches.

The question is whether the Lions can consistently kick a winning score against high quality opposition in the harsh glare of finals football, particularly if Charlie Cameron doesn’t fire.

Hugh McCluggage has his bags packed for the finals. (Photo by Bradley Kanaris/AFL Photos via Getty Images )

Collingwood has revenge on their mind after losing last year’s grand final to West Coast, despite being five goals up at one stage.

They struggled through June and July with a 3-5 win-loss record, but built form through an unbeaten August to hit September in dangerous fashion. They have battled some injuries and much will rely on Jordan de Goey, Jayden Stephenson and Darcy Moore to hit peak form despite having played one game between themselves in the last five weeks.

One thing that should be locked in against Geelong this week is a low-scoring scrap. The Pies and Cats are ranked number one and two for defence this season, and their last three matches against each other, all won by Geelong, have had winning scores of 72, 66 and 70.

The Cats won 11 of 12 matches before their bye, but have won five of 10 since. They only played two eventual finalists in that run of 10 matches, going 0-2. They haven’t beaten a top eight side since Round 12.

Geelong could well be primed for a finals assault after an impressive three matches leading in, beating North and Carlton in convincing fashion plus going down to Brisbane by a point at the Gabba. They could also be on the verge of another underwhelming September.

Patrick Dangerfield hits the finals in arguably the peak form of his career, but hasn’t exactly been Mr September in the years he’s been playing. He has a tendency to try and do it all himself on the big stage, and would do well to put some more trust in his teammates. He’s going to need them to help deliver an elusive premiership. 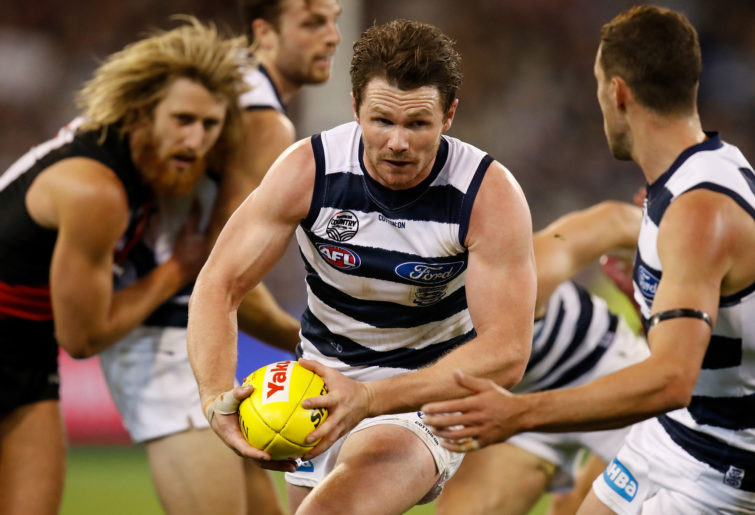 After the Round 22 match between Richmond and West Coast, good judges felt these were the two best two teams in it. From there, the Eagles conspired to lose to Hawthorn at home, and subsequently went from a premiership favourite in a top-four position to despised outsider sitting fifth, with only one home final in September.

They should beat Essendon by 100 points on Thursday night, but if they want to go all the way will face either three trips to the MCG or two flights to Melbourne and one to Brisbane. To do all that, while also beating three top four teams, just seems a bridge too far for the reigning premier.

Still, they have all the tools, given they are well stocked for quality key position players at either end of the field, plus very good runners, flanks, pockets and midfielders. It may all come undone at some stage, but they will be highly feared in each game they play.

The Bombers are cannon fodder only, which will at least be a familiar position for their supporter base.

While only one win separated first to fifth, West Coast have too much to do from Perth, and Brisbane are too unlikely given where they are coming from.

The premiership cup looks destined to return to Victoria in 2019. The only question left now is whether it will be Joel Selwood, Trent Cotchin or Scott Pendlebury holding it aloft in four weeks’ time.