What Australia can learn from Indonesian football

Australians visit Bali for many different reasons. Some go to get healthy, some go for spiritual reasons, some go to relax or live it up and others go simply because it’s a cheap holiday.

One reason Australians tend not to visit Bali is for football – but my cousin and I recently visited Bali United as a part of our holiday to Indonesia. Even our tour guides admitted this was the first time foreigners requested to see the club as a part of a tour. Perhaps I’ve started a new trend and football tourism in Asia might become a thing.

Why would a couple of Aussie football purists be interested in the Indonesian Liga 1? Is it attractive? Does the Indonesian league possess a higher quality of football then the A-League? While the latter might be debatable according to who you ask, I went because of the facility and the uniqueness of the stadium. If you’re ever in Ubud and looking for something to do, I highly recommend going to a game at Kapten I Wayan Dipta Stadium, Bali United’s home stadium, especially if you’re a football fan and it’s the regular season. Since it was Ramadan, unfortunately we couldn’t catch a game, but we still did a stadium tour.

Straight away we were blown away by the size of the place and its casual, low-key design with corporate appeal. It’s a perfect mix of Balinese and Hindu culture as well as modern football. 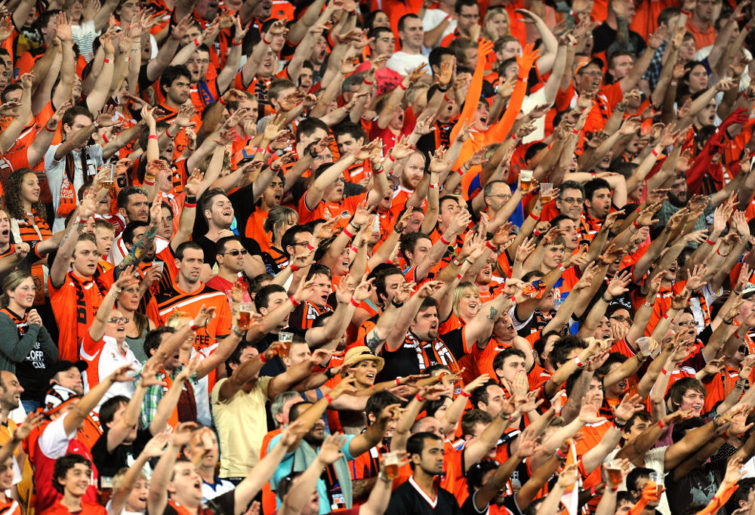 Unlike football in the A-League, everything has been scripted to reflect the people of Bali and its culture. From the red, white and black colours representing the Hindu trinity – Tridatu of Brahma (red), Shiva (white) and Vishnu (black) – to the design of the logo, everything just works.

And then there’s ticket prices. If you want to sit with Semeton Dewata, the Bali United ultras, a ticket will cost a mere 50,000 rupiahs (around A$5.20). It’s a highly recommended experience. Regular seating away from the ultras will only set you back the same $5, with VIP corporate seating coming in at just $25.

Even the stadium tour is great value. Your basic $10 entry consists of a guided tour, a visit to the dressing rooms, a visit to the press box, a visit to the royal box, a walk onto the pitch and a visit to the club shop. It concludes with lunch at the Bali United Cafe. It all takes between 30 minutes and an hour and the feed is worth the price of admission alone.

My advice would be to get there early and try to do the tour on a game day and upgrade to a tour with a ticket and souvenir photo. It’ll be worth the price.

The only thing I”m not sold on is the Bali United is the kit. I don’t know if it’s an Indonesian business culture thing, but their kit in general looks like an advertising billboard rather than a fashionable strip people would want to wear in the street. This was the only reason I didn’t buy a shirt, but I did get a lot of birthday and Christmas shopping done at the Bali United Store, which is so big it included merchandise like sarongs and portable cooling devices for the muggy Balinese weather. It rivalled the shops of some EPL clubs in terms of size.

I couldn’t even figure out why the likes of Melbourne Victory or Sydney FC don’t have one of these. During the A-League expansion phase pundits and punters alike got in touch to say they couldn’t understand why I’m a fan of the Western United Melbourne bid. It’s simple, really, and the Bali United stadium bought the memories flooding back: Western Melbourne’s proposal for a purpose-built won me over.

This simple stadium really bought it home to me. If the people of this tiny island can have such impressive infrastructure designed only for football, why can’t we have it in the A-League? I would even settle for Bali United’s megastore for any A-League club, but even that seems like an impossible dream.

Many non-football people will argue about supply and demand, the labour costs, population and every other excuse under the sun instead of facing the reality of the situation, which is that we need to change. Australia needs an attitude readjustment when it comes to sport if we want to be taken seriously on the football world stage.

It’s a matter of focus, intent and direction, and football in Australia is clearly not on the Australian government’s list of high priorities. Major sports like rugby union, rugby league and Aussie Rules all command sizable government grants, but despite football’s substantial participation rate, it inevitably ends up with scraps. 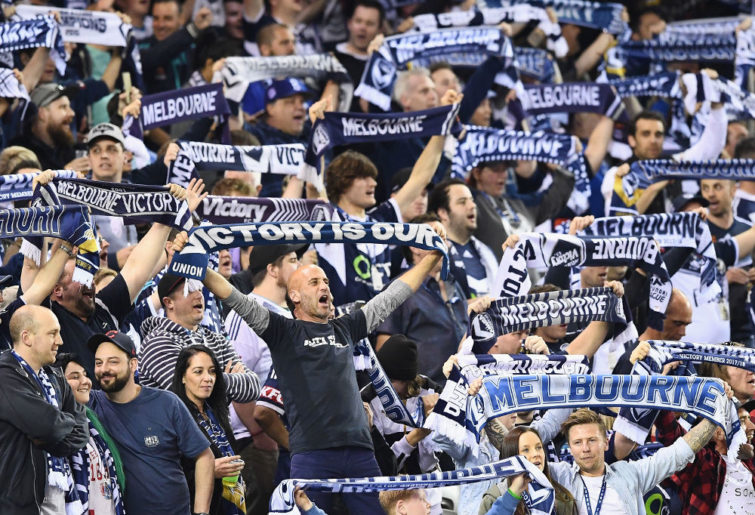 So how do these codes repay any of this money back? As rugby union becomes a ghost code in Australia and rugby league has peaked, one must ask where commercial growth and revenue is going to be generated from Australian sport in the future.

As long as the Australian government only sees the feasibility studies of multipurpose stadiums, Australian football will always be behind the rest of the world without specific infrastructure.

This is where the rest of Asia has it so right and Australia has it so wrong. Asian football understands the need for football-specific pitches, as football grounds require higher maintenance standards then rugby fields. Asia’s success globally in Football reflects this investment. You can’t expect to win the rights to a host a World Cup with a cricket pitch in the middle of a football field.

You can play a game of rugby league, rugby union or even Aussie Rules on a field with divots and bumps in the pitch or on dry grounds with no grass. But you can’t play football on them. Dirt patches create havoc on the ball’s bounce, and bumps and divots in the soil cause the ball to bounce unpredictably, making passing more difficult and the ball harder to stop for players.

Badminton, squash, basketball and indoor volleyball use the same style court, so why don’t they share facilities for their major competitions? I don’t understand the compulsion Australians have to play every grass-field sport as soon as a new professional grass pitch pops up. Why aren’t hockey players made to play on a rugby league pitch?

The standard of competition increases with specialised infrastructure, a fact the FFA aren’t willing to promote or fight for. That’s why Bali United impressed me – they have everything they need at their purpose-built stadium.

Bali United’s infrastructure was beyond impressive – in fact the visit to Bali United acted as a cold shower or wake-up call to me as an Australian football fan. If we want to be the No. 1 code in Australia and beat our rugby and AFL rivals, let alone be competitive globally, we need to learn from examples like Bali United.