The Roar
3rd September, 2019
12
Join the conversation
3081 Reads
Advertisement
Write for The Roar

The 2019 Rugby World Cup is just over a fortnight away. So it’s time to start the pre-tournament previews.

In the next couple of weeks leading up to September 20, we will first be casting our eye over all four groups, then having a more in-depth look at each of the eight teams we expect to make it to the knockout stage in Japan.

We start our series today with Group A, which features hosts Japan, favourites to advance Ireland and Scotland, and minnows Russia and Samoa.

Ireland
Ireland haven’t gone beyond the quarter-finals in Rugby World Cup history and in a lot of ways are the tournament’s perennial underachievers.

This year presents them with a chance to do something special, though.

They are coming off a big loss at the hands of England in their warm-up game, but have otherwise been solid recently.

2018 was a stellar year for the Irish, who also beat the All Blacks, however, the men in green have just fallen away a little this year, only winning three of their five Six Nations matches.

Japan
The Brave Blossoms have been one of World Rugby’s big improvers in the last four years. After their monumental victory over South Africa in 2015, they have continued an upward trajectory.

While the Sunwolves haven’t had much success in Super Rugby, Japan’s domestic game has continued to develop.

While talismanic captain Michael Leitch will lead the squad in their home World Cup, Japan coach Jamie Joseph has a fairly inexperienced side for the tournament. However, their form in the Pacific Nations Cup was strong as they romped past Fiji, Tonga and the USA, and Joseph has duly included 28 players from that squad in his World Cup group.

Russia
Russia, who have been consistently ranked around the top 20 teams in the world for the last 12 months, qualified for the World Cup after Spain, Belgium and Romania were all found to be in violation of World Rugby rules by using ineligible players.

It’ll be just the second World Cup for the Bears, who failed to make it in 2015 and lost all their matches during their maiden appearance in 2011.

In the 2019 European Rugby Championship, played back in February, Russia only managed to win two of their five games, however they weren’t blown out in any of their games.

Scotland
The Scots come into the World Cup still sitting in the top ten in the world, but haven’t had the best of years.

The side only notched one victory in the 2019 Six Nations, beating Italy and losing their remaining four matches, while they have struggled in splitting a recent series with France.

While their 31-man squad is yet to be confirmed, there are still 14 players from their 2015 quarter-final appearance who were named in the initial 42-player group for the tournament, so there is plenty of experience at Gregor Townsend’s disposal.

They may be expected to get out of the group, but a horrid draw, with either the All Blacks or Springboks awaiting in the quarters, will be a bridge too far. 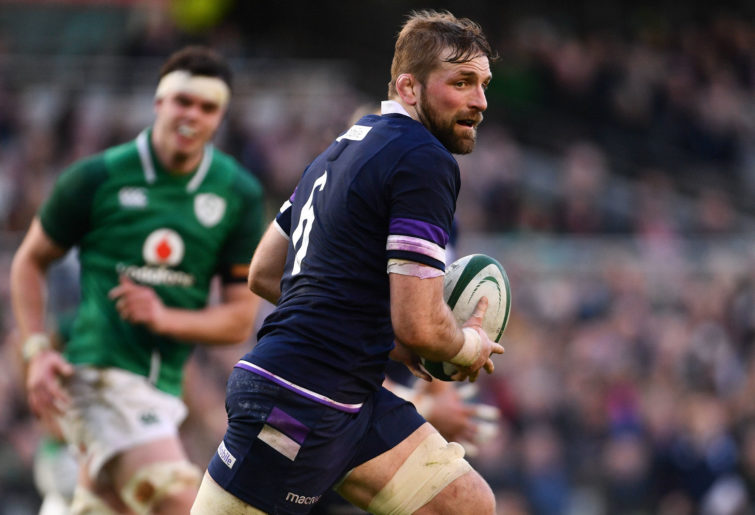 Samoa
Only eight players in Samoa’s squad have played in a World Cup before, and there are two without a single Test cap to their name. However, there’s still some quality there, with Crusaders Super Rugby-winning prop – and brother of Wallabies prop Allan – Michael Alaalatoa one of the uncapped duo.

The side mixed results at the recent Pacific Nations Cup, beating Tonga in their opening game but falling to the USA by three points and Fiji by seven in hard-fought contests.

Ireland vs Scotland
Sunday, September 22, 5:45pm
The opening week in Pool A features a huge clash between the two European rivals who could well be fighting for top place in the group.

If all goes as expected, then the winner of this will finish first in Pool A and avoid a likely quarter-final with the All Blacks. That’s not to say a knockout fixture against South Africa is a particularly enticing alternative, but keeping clear of the All Blacks is motivation enough for any side, let alone the usual rivalry between these two.

Japan vs Samoa
Saturday, October 5, 5:15pm
While Japan start their campaign with matches against Russia then Ireland, this match-up with the Pacific Islanders will be just as, if not more, important to their chances of progressing past the pool stage.

Samoa, on the other hand, will see this encounter as their best chance of a notable win at the tournament, and so should prove stern opposition for the hosts.

Japan vs Scotland
Sunday, October 13, 9:45pm
Should Scotland and Ireland win all their matches to this point – aside from one of them inevitably dropping points against the other – and Japan don’t have any slip-ups, this final pool match will decide second place.

Japan beat South Africa at the 2015 World Cup and have only improved since, so don’t write the hosts off in what could be the biggest match ever played on Japanese soil.

For the full Pool A schedule, head over to our Rugby World Cup fixture page.

This section only features players from the sides we expect to miss the knockout stage. Those eight teams will be previewed in depth, complete with their own players to watch, later in this series.

Amanaki Mafi (Japan)
The controversial number eight has been included in the Japanese squad despite a looming court case, and while his form may have dipped of late, he is still a powerful presence on the field.

Melbourne Rebels fans will remember Mafi as a damaging runner in the number eight jersey, and the Brave Blossoms will need a similar impact from him if they’re to make it to the quarter-finals.

Mafi also has experience at this level, with 24 caps for Japan, including all four 2015 World Cup games, to his name. 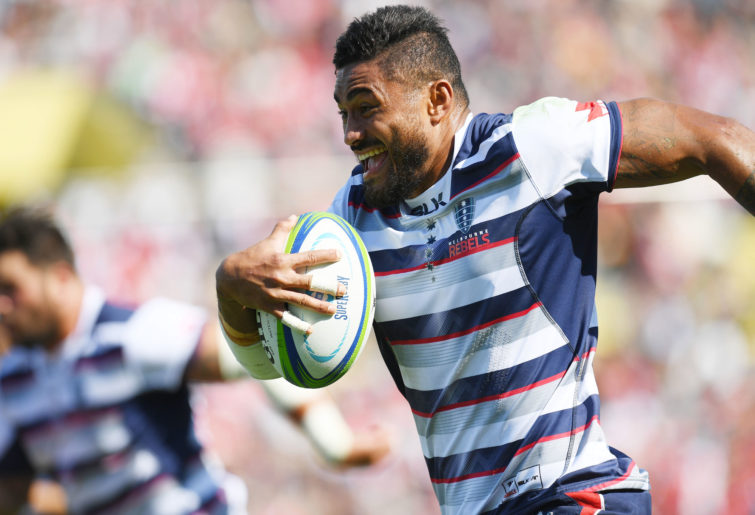 Jack Lam (Samoa)
While the Samoan squad at this year’s Cup have a renewed focus on players in the local competition, Lam, who plays as in Bristol as a flanker, will prove to be a big part of the Pacific Island nation’s run at the tournament.

He has experience playing in many of the big leagues around the world, and spent four years at the Hurricanes from 2011 to 2014, playing 53 games.

Lam has been a standout playing for Samoa, and the New Zealand-born flanker will captain the side in Japan.

Yuri Kushnarev (Russia)
The 34-year-old fly-half, who has more than 100 caps for Russia, brings a wealth of experience to the World Cup. While he has played all of his senior career in Russia, in 18 professional seasons since debuting as a 16-year-old he has won 11 championships and nine domestic cups.

Heading to his third World Cup for the nation he has scored over 700 career points for, Kushnarev will be handed the key task of goalkicking for the Russians.

Ireland are the clear group favourites and should comfortably progress to the quarter-finals in first place (although is anything ever comfortable for the Irish at the World Cup?).

Japan making it to the knockout stage would be a wonderful feelgood moment, and could well pull it off on the back of some raucous home support. But Scotland have too much class and experience for the Brave Blossoms, so it will be a Six Nations double at the top of Pool A

England have suffered their joint-worst Six Nations finish after being hammered 32-18 by Ireland, ending a largely dismal title defence for Eddie Jones and his team at Dublin’s Aviva Stadium.

Let’s get the disclosure in early: making broad pronouncements following a relatively one-sided run against a side who have lost 30 games in a row does not provide one with the sturdiest of platforms, but there was something about this Ireland side. 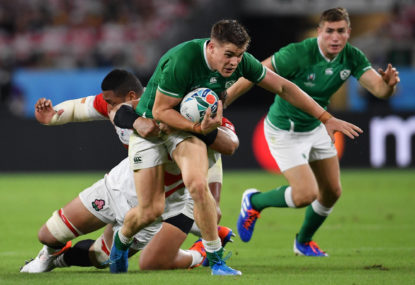 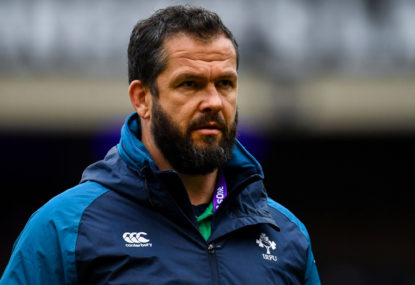 The most experienced Wales side in Test rugby history needed all of it as they overcame a 14-man Ireland 21-16 in a tense Six Nations match in an empty Principality Stadium.