As Dwayne Russell once said, “Remember where you were the first time little brother hammered big brother”.

After seven previous losses against the Swiss Maestro, Grigor Dimitrov, dubbed “Baby Federer”, pulled off the impossible and knocked over the greatest of all time – Roger Federer – in five enthralling sets to progress to his first US Open semi-final.

The Basel native struck first, claiming the first set 6-3, before the Bulgarian, a former world number three who has dropped to 78th in the world, took the second set 6-4.

Federer then took the third 6-3 before Dimitrov broke to start the fourth set, at which point the third seed appeared to struggle with a back injury.

The 38-year-old took a ten-minute-long medical timeout after Dimitrov levelled the match at two sets apiece, leaving the Arthur Ashe Stadium crowd to hold their breaths to see if the Swiss Maestro could continue.

Eventually, he did, but was nowhere near his best as he joined Novak Djokovic in exiting the US Open before the semi-final stage, the final score reading 3-6, 6-4, 3-6, 6-4, 6-2 in Dimitrov’s favour. 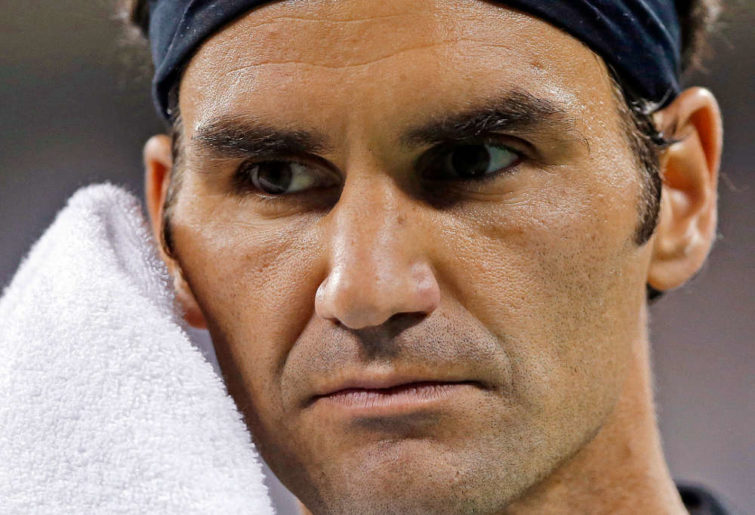 The Russian took the first set in a tiebreak, and then took a two-set lead before Wawrinka hit back to claim the third 6-3.

However, the 23-year-old, who recently won the Cincinnati Masters, would claim the match by winning the fourth set 6-1 to become the first Russian man since Mikhail Youzhny at the 2010 US Open to get this far at a Major.

He now has the chance to do what the likes of Youzhny and Nikolay Davydenko couldn’t – become his country’s first male Grand Slam finalist since Marat Safin broke local hearts by beating Lleyton Hewitt to win the 2005 Australian Open.

The departures of Wawrinka and Federer means that there will be a first-time Grand Slam finalist from the top half of the draw; it will also be the second time this has happened at the US Open after Kevin Anderson lost to Rafael Nadal in the 2017 final.

It also means there won’t be a first-time Federer vs Nadal showdown in the Big Apple, with any chance of that happening decreasing as the former creeps towards his 40th birthday.

In the women’s draw, Serena Williams marched closer to a record-equalling 24th Major singles title, and a seventh US Open title, with a 45-minute, straight sets demolition of Ashleigh Barty’s conqueror, Qiang Wang. 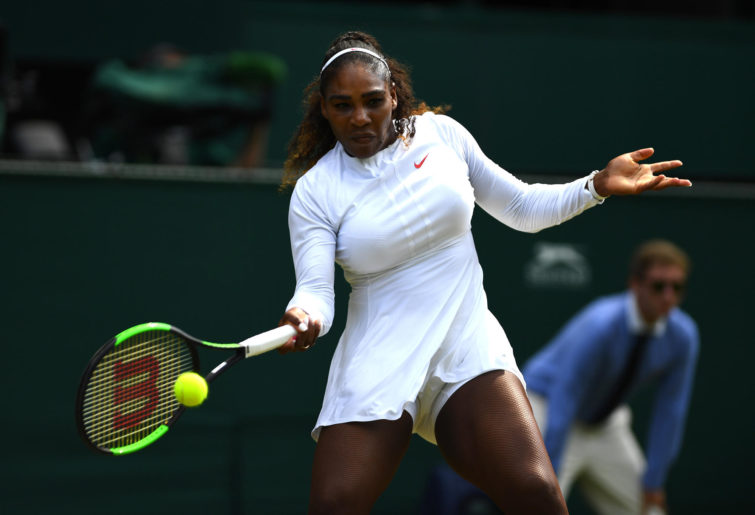 It marked the American’s 100th match win at Flushing Meadows, and saw her reach her 10th consecutive semi-final at her national championships (she missed 2010 due to a knee injury and was also absent in 2017 due to the birth of her now two-year-old daughter).

The last time she failed to reach the last four at the US Open was when she lost to then-world number one Justine Henin in the quarter-finals in 2007; it was her third consecutive defeat against the Belgian at that stage of a Major that year.

The soon-to-be 38-year-old will next face Elina Svitolina, after the Ukrainian dismissed Great Britain’s Johanna Konta to progress to her second consecutive Grand Slam semi-final.

A win for Konta would have seen her complete the set of reaching the last four at every Major, after doing do at the 2016 Australian Open, the 2017 Wimbledon Championships and this year’s French Open.

Instead, Svitolina will come up against Williams for the first time since she defeated her in the third round of the Rio Olympics in 2016, ending her hopes of back-to-back Olympic Gold Medals in the process.

Meantime, Ashleigh Barty’s doubles title defence remains alive, after she and Victoria Azarenka came from a set down to oust the top seeds, Timea Babos and Kristina Mladenovic, in their quarter-final match-up.

Should they reach the final, and the pairing of Elise Mertens and Aryna Sabalenka do likewise, then there will be a guaranteed Belarussian winner in the women’s doubles division.

A win for Azarenka would be her first Major title of any kind since she won the last of her two Australian Open singles titles in 2013.

The semi-final puzzle will be solved this morning when Rafael Nadal takes on Diego Schwartzman in one quarter-final, with the other to be contested between French veteran Gael Monfils and Italian upstart Matteo Berrettini.

Having seen his great rivals Federer and Djokovic, as well as 2016 champion Stan Wawrinka, all crash out of the tournament before the semi-finals, the Spaniard will surely have to be the hottest of favourites to claim a fourth title in the Big Apple. 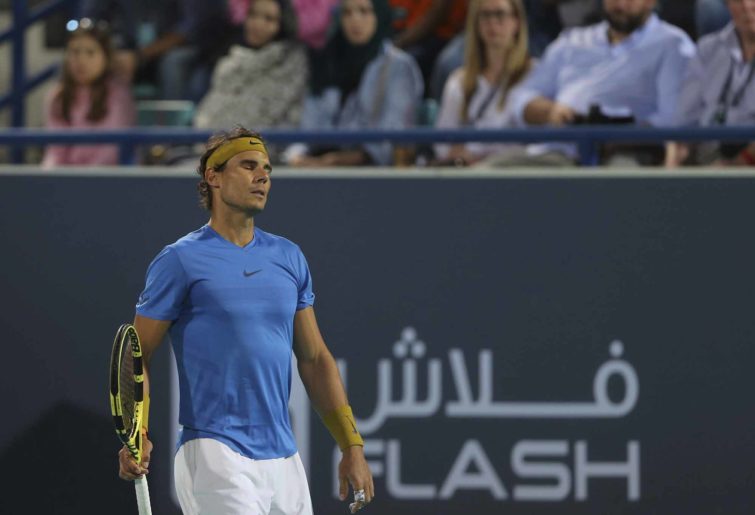 Should anyone other than Diego Schwartzman (Argentina) prevail, then it would complete a sweep of European men winning each Major this decade, with Juan Martin del Potro, here at the 2009 US Open, the last non-European man to salute.

If Nadal prevails, then this would make it 33 of 40 Majors this decade won by tennis’ Big Three (himself, Federer and Djokovic), with Murray and Wawrinka (three Major titles each) and Marin Cilic (2014 US Open) interrupting their dominance.

On the other hand, Monfils will be aiming to reach his third Major semi-final, and second at the US Open, after previously getting this far in 2016. He also reached the semi-finals of the French Open in 2008, as a 21-year-old then ranked 59th in the world.

In the women’s draw, former junior prodigies Belinda Bencic and Donna Vekic will square off at a Major for the second time this year in one quarter-final, while the other will feature ex-Australian Open semi-finalist Elise Mertens and Canadian teen sensation Bianca Andreescu.

This half of the draw will guarantee two first-time US Open semi-finalists, though Mertens will be aiming to reach her second Major semi-final but will face a tough ask coming up against 15th-seeded Andreescu.

Bencic, who previously reached a career-high ranking of number seven in 2016 before injuries sent her ranking plummeting into the 300s, will be hoping to beat her previous effort of having reached the last eight in 2014.

This will also be the fifth consecutive year in which there is a first-time Grand Slam finalist at Flushing Meadows, after Roberta Vinci and Flavia Pennetta in 2015, Karolina Pliskova in 2016, Madison Keys and Sloane Stephens in 2017, and Naomi Osaka last year.

Matches to watch on Day 10