As a lifelong Newcastle fan I can remember the excitement I felt when we agreed to a club-record fee of £16.5 million (A$39.1 million) to bring in a player who was once regarded as one of the premier strikers in the world. Signing Owen was going to be the catalyst to take us to the next level. He was going to be our new hero.

At times he seemed like he was going through the motions, and the revelations in his book confirm that this was the case.

My move to Newcastle was one I really regret – I should have followed my gut instincts from the start. I didn’t want to go there – my heart was still set on a return to Liverpool.

Liverpool couldn’t match Newcastle’s offer. From a career perspective, there was no doubt in my mind that a move to the North East was a downward step.

This kind of blind delusion is especially true of Newcastle United – which, as I reach for the nearest tin hat, is only a big club in the sense that it has a lot of fans and a big stadium.

They’re historically not successful off the pitch, in fact quite the opposite mostly. And they’ve never really won much on it in recent times.

Understandably these comments have incensed Newcastle fans around the world and have reignited a longstanding feud with Newcastle legend Alan Shearer.

Not sure you are as loyal to Newcastle as you make out mate. I distinctly remember you being inches away from signing for Liverpool after Sir Bobby Robson put you on the bench. You tried everything to get out. https://t.co/ZQBrlojeEv

Newcastle fans are often pigeonholed as being deluded or demanding success, but that couldn’t be further from the truth. All we ask for is effort. Fans can see who plays for the badge, and it was evident that Owen was only there to collect his wages. That’s unforgivable.

It’s also ironic that Owen claims we’re not a big club, yet he’s very happy to use us to drum up publicity for his new book.

That a player as prodigiously talented as Owen has alienated the fans of nearly every club he’s played for speaks volumes of his character.

Steve Bruce has quit his post as Newcastle manager, just two weeks after the Premier League club was taken over by a Saudi Arabian-backed consortium. 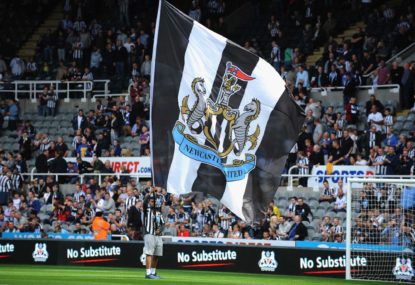