One of the best things about rugby league is the community aspect it brings. The feeling of connection that can come when wearing your favourite team’s jersey and cheering them on and riding the many different emotions is an amazing experience.

Whether you’re at home watching on TV or sitting in the stands, knowing that you’re apart of something big and being able to engage with fellow fans that share the same passion can be very powerful.

It doesn’t matter how old you are, the colour of your skin, whether you’re a male or female, disabled or not, rugby league can bring everyone together with a common interest.

For many of us our love of rugby league is something that’s been instilled in us since the moment of our first footy memory. It’s in our blood – either passed down from generation to generation or something we discover on our own – but when we get out first taste of rugby league we know that it will be with us until the day we die.

Over the past few years we have seen the game beginning to grow and expand where more people are getting the opportunity to play. This year will see the second season of the Holden Women’s Premiership and the success of the women’s State of Origin earlier in the year is a sign that there’s a demand for women’s rugby league.

But another form of rugby league – and one close to my heart – has been the emergence and continued growth of the Physical Disability Rugby League, or simply the PDRL.

I was ten when I got diagnosed with a rare connective tissue disease. Before that I was a young kid playing football on the weekends with a dream to eventually play footy with the world in front of me. But the disease changed everything — no longer would I ever be physically able enough to play a game of rugby league.

League has always been a part of my life. One of my earliest memories from childhood that I can still remember vividly is sitting in the living room with my great grandparents watching the 1997 ARL grand final as Darren Albert scored the match winning try to give Newcastle their maiden premiership.

Growing up in the central west town of Wellington in New South Wales, rugby league was a big part of the town. Weekends were spent cheering on the Wellington Cowboys at Kennard Park and – before he passed away – my great uncle was chairman of the Cowboys and a former player himself who competed for the Redfern All Blacks back in his youth.

There had always been a desire and a hunger to play rugby league but unfortunately my health became too much of a hurdle for that dream to ever eventuate. That didn’t stop me though from grabbing my footy, heading down to the park and kicking it around. My love for the game didn’t disappear.

But with the emergence of the PDRL the possibly of one day having a chance to play a game of competitive rugby league is alive again.

The PDRL might be a modified version of rugby league, however it’s still a hard hitting game that captures the essence of why we love footy in the first place. It’s a game that allows those that are living with various physical disabilities an opportunity to play the game they love, a chance that in the past they wouldn’t have had.

Australian comedian Adam Hills has been a huge influence in creating awareness of the game. He himself – after being born without a right foot and having to wear a prosthesis – is able to go on the field and play the game he is obsessed with.

Last year we saw the inaugural PDRL World Club Challenge between the Warrington Wolves and the South Sydney Rabbitohs, a match that was able to bring more exposure to the game and this year we are beginning to see it grow more and more with clubs looking to get involved. 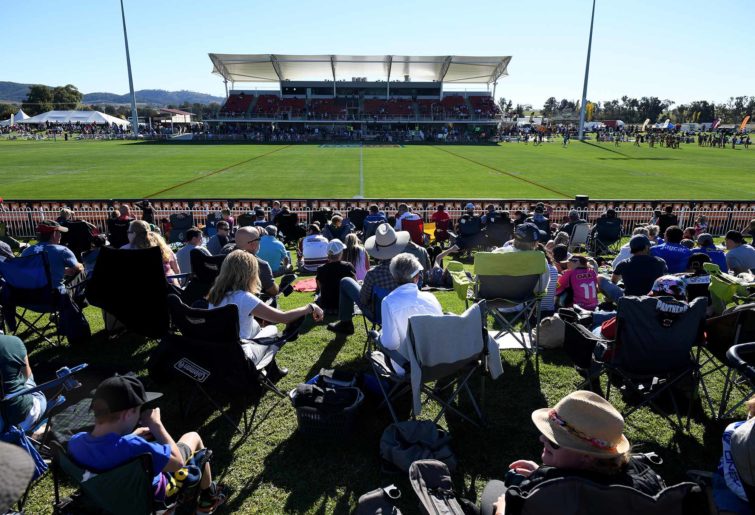 It’s inspiring to see people overcoming their physical disabilities and playing a game, but it’s also a lot more than that too. It’s a competition. The want to win and not lose is still there, the competitive nature is well alive in this version of footy.

You put together a PDRL State of Origin and the same passion you see in men’s and women’s game will come out. Nobody is being wrapped in cotton wool. There are still big hits, plays with energy and excitement.

There was a time when I could only dream about playing rugby league and that was it. I could go to the nearest park, kick a footy around and pretend that I was playing in the game. But with the Physical Disability Rugby League, the opportunity – the dream to run out onto the field and play the game I love – is now a possibility.

I’m excited to see the continued growth of the PDRL and where it goes next. As it becomes more known, those with disabilities that for a long time sat in the stands with their jerseys on and cheering their favourite players will be to emulate what they see and in the process achieve one of their greatest dreams.