The women’s Ashes may have only concluded last month, but on Friday morning at 4am AEST, the Australian women’s cricket team begin their tour of the West Indies.

This tour is the start of the busiest summer our women have ever encountered and includes a home tour against Sri Lanka, the WBBL, WNCL, the ICC T20 World Cup and a tour to South Africa, which concludes in April 2020.

Over the next two weeks, the squad will play the West Indies in three one-day internationals and three T20s.

With Australia’s dominance throughout the Ashes, some may think there isn’t much at stake during this series, but there are ODI ICC Championship points on offer. If the Aussies win all three games, they can seal their place in the 2021 World Cup.

They also have the chance to reclaim top spot on the Championship table. The Aussies currently sit in second spot, just one win behind England, even though they have played six fewer matches.

It is also a historic series. Outside one two-Test tour of the Caribbean in the 1970s and the two times they have been to the region to contest World Cups, this is the first tour in the one-day format.

As for the 14-player squad, there are two potential debutants, with Erin Burns and Heather Graham selected, which speaks to the nation’s strength.

During the Ashes, for the first time, an Australia A squad went to England. This squad not only got the chance to play together, but also provided extra players to draw from. Sophie Molineux was initially selected as part of the A squad, but was elevated to the main squad following good form and recovery from injury.

Both Burns and Graham were part of the A squad and come into the group to replace Nicole Bolton (who made herself unavailable for this tour), Elyse Villani (who played for the Australia A squad during the Ashes) and Molineux (who continues to rehabilitate her shoulder).

Graham is 22 years old and was named domestic player of the year at the Australian Cricket Awards in February after a dominant WBBL season for the Perth Scorchers – where she took the most wickets – and a promising WNCL season, where she scored 294 runs, including one century and three 50s.

Burns, on the other hand, has been rewarded for her commitment over many years and stellar performances for the Sydney Sixers in the WBBL. Burns has played for NSW, the ACT and Tasmania, eventually picking up a contract with the NSW Breakers for the 2019-20 season. 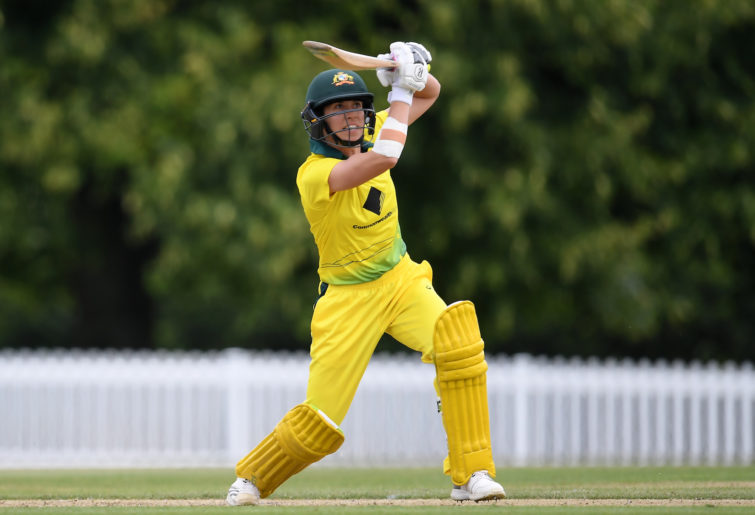 These two selections demonstrate the strength of the pathways that Cricket Australia has developed and Burns’ selection for the first time, at age 31, tells other players that if they play well, they will be noticed.

As for the West Indies, they will be without some of their best players, including Deandra Dottin (who has not played since May due to shoulder surgery), Shakera Selman, Chedean Nation and Shemaine Campbelle.

Thd new faces in the squad include uncapped teenager Shabika Gajnabi, as well as the experienced Anisa Mohammed and Kyshona Knight.

For Australia, with Bolton ruled out, there is a question as to who will open the batting alongside Alyssa Healy. Coach Matthew Mott has said it is likely to be Rachael Haynes, especially given she took this spot in the one-dayers against New Zealand in February.

Fortunately for Australia, Mott has plenty of players to choose from, including Beth Mooney.

Bolton’s omission may also give Ashleigh Gardner the chance to move up the order. In the ODI side, she typically bats seventh, which demonstrates the batting depth in this squad, but this tour may give Gardner the opportunity to bat up the order.

This tour is just the beginning of a hectic summer that should provide Cricket Australia with some helpful lessons. One key issue will be player management, particularly their workloads and ensuring they have the support needed to maintain form throughout the summer.

All the games will be streamed live and free on cricket.com.au and on the CA Live app.