Why you should watch grassroots football

As the FFA Cup reaches its climax, so too does the buzz around watching lower-division teams challenge the top of Australian football.

The underdog story is a powerful one, particularly when Australia’s lower football tiers are so far removed from our collective consciousness.

But as is custom, once this competition is over, they are lost to the general public once more – returning to squalid, decrepit environments, valued only for producing players to the A-League.

This isn’t the way that it should be, and creating interest around these lower divisions – particularly the second tier of Australian football – is essential in bridging the gap in our sport.

While it’s a nice, wholesome statement to advocate watching the second division of Australian football, are there legitimate reasons to? Can we find any value from lugging ourselves across our respected cities to watch semi-professional clubs?

First there’s the quality. Surely if the A-League is deemed a competition full of average football players, then what can be said of those below them?

There’s some legitimacy to this claim: there are a chunk of players in the NPL that just aren’t good enough for higher leagues, and as spectators, we are interested in watching entertaining, highly developed games.

But the lack of quality in the NPL is just as prominent as the lack of opportunities in the A-League.

With only ten professional clubs to choose from, there simply isn’t enough space to promote and develop the talent Australia football produces. Most great players are refined within these lower leagues, and high-quality matches – or at least high-intensity matches – are somewhat frequent. 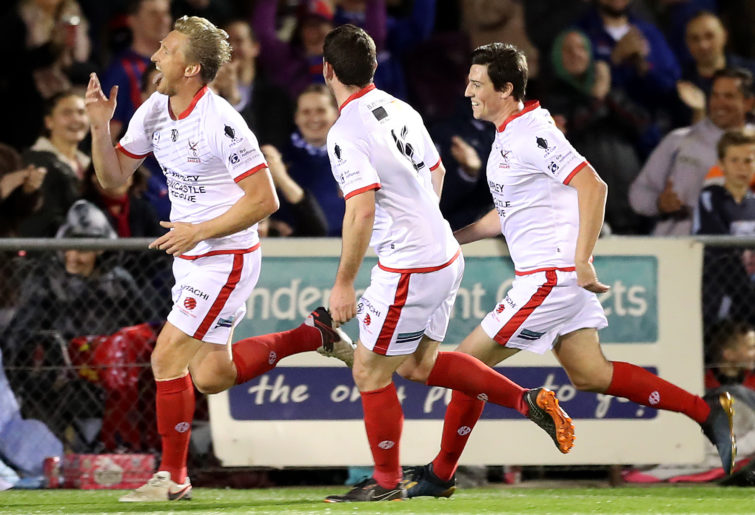 Edgeworth enjoyed a local clash against the Newcastle Jets in this season’s FFA Cup. (Photo by Tony Feder/Getty Images)

One that comes to mind was the FFA Cup clash between South Melbourne and Dandenong City in 2017. Down 4-1 in the 82nd minute, South were able to score four goals in ten minutes to continue their FFA Cup journey, making it all the way to the semi-finals against Sydney FC.

Whether that indicates a high quality or complete lack of quality, it shows that there is at least an entertaining product in these leagues, and they produce just as varied performances as in the A-League.

The close contests that are produced between A-League and lower-tier clubs aren’t just based on the motivations of the better team. The top second-division teams are more equal in terms of quality than we might think, and perhaps only resources tip the scales.

If the quality of the NPL can be considered just as good at times as the A-League, what about the atmosphere?

Surely A-League teams – who possess state-of-the-art facilities and larger fan bases – can produce a better experience than in lower divisions?

Again, it’s a yes-and-no answer. While the stadiums are nice, boutique stadiums seem to be the future due to crowd numbers. Smaller venues would create a better atmosphere. 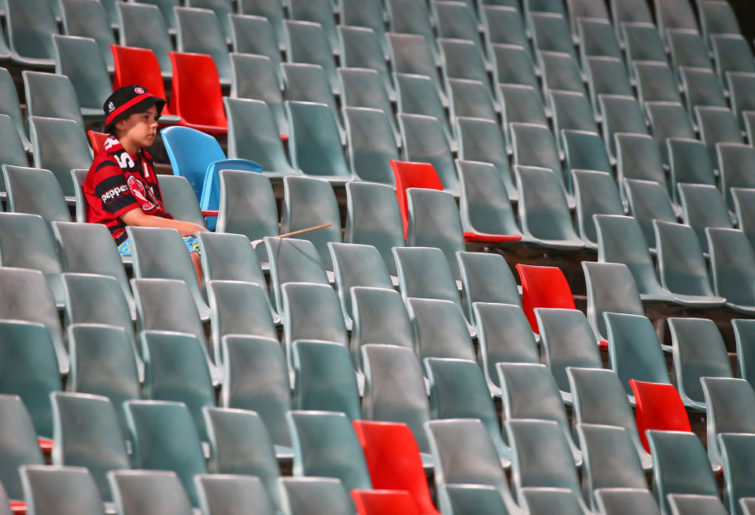 Lower-league teams often come from a culture older than most A-League teams, which brings a committed fan base and an entertaining spectacle for neutrals. While a game with 5000 spectators might not sound like much, during a high-intensity game, this can produce a much more enthralling experience than the echoes of an empty stadium.

These people genuinely care about their clubs, and that contributes to the quality of the experience.

The direction and future of these lower leagues may be the most damning argument against watching them. Specifically, who cares? What does it matter which team wins the league when there is a glass ceiling that can never be broken?

This has been a key reason why lower-division teams are rapidly losing their fan bases. As the A-League continues to stagnate with no intention of calling up previously established teams and a B-League not established quick enough, fan bases have begun to falter, with a despondent air encircling the NPL.

But that’s the beauty of sport – no matter what league, we can ascribe meaning to these competitions ourselves, and it shouldn’t prevent us from continuing to support our clubs.

In fact, it’s our support that allows these clubs to continue, providing them with the resources to be at their best so that they can be ready for the FFA Cup or, one day, a B-League.

The point of this article is not to convince you that the lower divisions of Australia Football are better than the A-League. That is counter-intuitive, and also wrong.

But the NPL is our football. It is Australian football in its rawest form. And while part of that comes from quality, a large portion comes from being on the fringes of Australia’s sporting scene.

There may be a limited interest in Australian football, and these leagues are by no means a way to entice new viewers. But they possess something special – something not present in our top sporting leagues.

These lower divisions can provide an experience – good or bad – that you can’t get anywhere else.