A-League 2019-20 preview: Can Adelaide United take the next step?

The reigning FFA Cup champions have had a few changes this off-season, the most notable being the loss of coach Marco Kurz and captain Isaias Sanchez.

Gertjan Verbeek has taken over and expressed that he wants to implement an attacking but disciplined game style. If he can get this team up and running, he might be able to defend the FFA Cup and make Adelaide the possible dark horses for the new league season.

While not the biggest clean-out of all the A-League clubs, the Reds have lost several key personnel. Their topscorer and one of their best players, Craig Goodwin, has left the club along with Sanchez, one of the best midfielders in the competition’s history.

Galloway was a massive loss as well considering his development and improvement while playing at the Reds. They also lost young striker Stamatelopoulos, who towards the end of the season was starting to rise up to potentially be the striker the Reds have long looked for until he left for Western United. 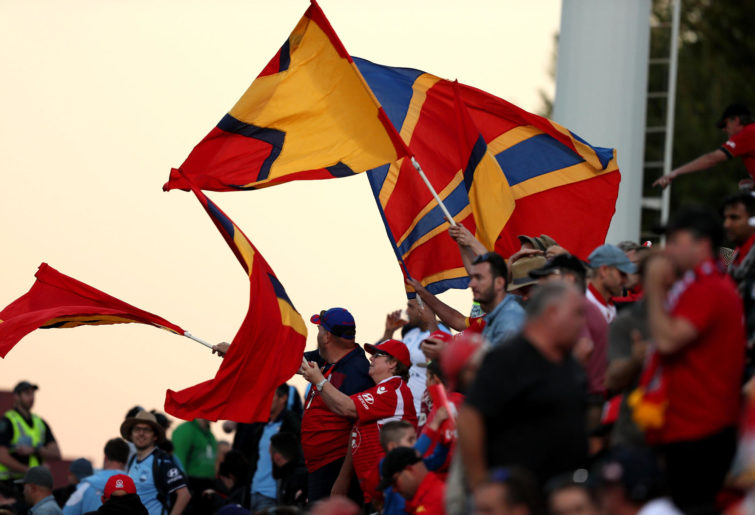 Losing Diawara wasn’t the worst loss of this list considering his injury history, but when he did play he provided goals and someone up top to aim for. While they released Ken Ilso and Thomassen returned to De Graafschap after ending his loan, after both had a rather less then impacting season for the Reds.

Bringing in Riley McGree is fantastic for the Reds. While a bit more attacking then Isaias, he will be the main man in the midfield for the Reds and provide goals after an impressive scoring season with Melbourne City.

While Michael Maria is relatively unknown to A-League fans, the Curacaoan, who has mostly featured on the left wing for Verbeek in cup and trial games, has shown some class, with his passing and dribbling a feature of his game. It will be interesting to see how he tracks as an A-League player.

While we have not been able to see much of Kristan Ospeth in action due to a dispute over fees between United and past club Erzurumspor, he has an excellent free-kick technique, but we will most likely see how he tracks in the Reds quarter-final game against the Jets.

Al Hassan Toure has filled the striker role brilliantly so far, scoring three goals in two cup games, and he looks like he fits into the Reds squad seamlessly. It will be interesting to see how he develops this season.

In terms of the rest of the squad, the Reds have reliable keeper Paul Izzo, who had another solid season, and young Socceroo goalkeeper Daniel Margush as his deputy. The Reds still have veterans Michael Marrone and Michael Jakobsen, who will provide valuable experience, and have long-serving centre back Jordan Elsey in defence as well. They also have young rising defender Ryan Strain, who can also play as a midfielder, continuing his rise as well.

Ryan Kitto will look to secure the left back spot after the versatile winger struggled for game time due to the prominence of Goodwin and Galloway. Mirko Boland will be looking to show the Reds fans his capabilities this season after an injury-interrupted season. Young midfielder Nathan Konstandopoulos will be looking to earn more game time and even try and score some cracking goals after some excellent preseason scores against the Melbourne Knights.

The Reds will most likely need one more centre back, as at the moment only Jakobsen and Elsey are the true centre backs in the squad. While Marrone can play there if needed, Adelaide will need more cover in case of injury or suspension, as happened in 2018-19 after third centre back Taylor Reegan left.

While the rumour is that Adelaide are going to sign a new import, said to be a Chinese player due to club owner connections to Chinese club Qingdao Red Lions FC, the position of this player has not yet been confirmed, nor has there been confirmation the deal will definitely go through.

The Reds will be aiming for a top-three finish and could have the capability to do that after coming agonisingly close to the grand final after a 3-3 (5-4 penalty shootout) defeat to Perth last season.

But it will all come down to whether Verbeek’s new style will work and fit this group of players and whether the new signings will fit in and suit the style of the A-League.