It’s been 18 long years, but with the fourth Test at Old Trafford won, Australia have finally retained the Ashes on English soil.

Some stern English resistance had Australian minds worried that Manchester might play host to a similar brand of miracle – or disappointment, depending on your point of view – to what we saw at Headingley, but a patient approach not seen at Leeds helped the side to a victory with more than ten overs in the bank.

Here’s how each of Tim Paine’s men rated.

David Warner: 0/10
Warner made his first ever pair in Tests, and it wasn’t even a surprise. Stuart Broad has a commanding hold over the left-hander from around the wicket, and it would be no surprise to see the former vice-captain dropped for the fifth Test. 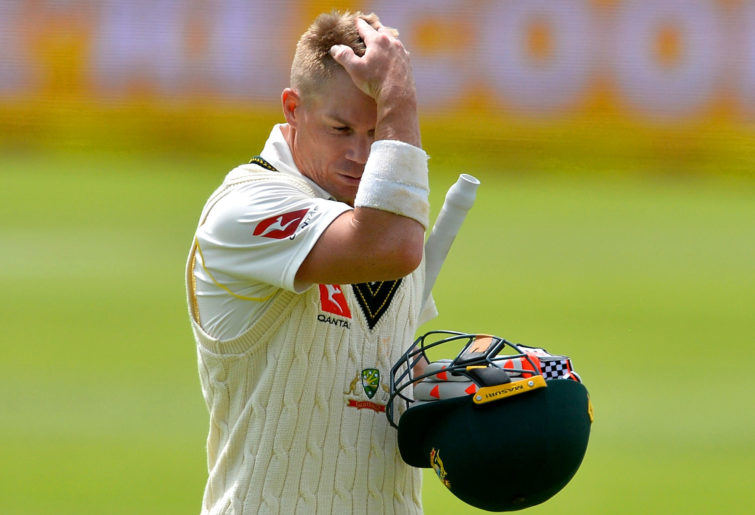 Marcus Harris: 1
Harris did little to justify his selection over Usman Khawaja with scores of just 13 and 6 this Test. The left-hander hasn’t offered anything more than Cameron Bancroft since replacing him and, like Warner, faces a nervous wait to see if he’ll make the team for the Oval.

Marnus Labuschagne: 7
Another important half-century, his fourth on the trot, was followed in the second innings by Labuschagne’s first failure of the series when he was trapped in front for 11. The Queenslander came to the fore with the ball late on Day 5 though, ripping one out of the rough to remove Jack Leach.

Steve Smith: 10
There aren’t many words which can adequately describe just how dominant Smith has been this series. His double-century in the first innings was sublime, his 82 in the second – his lowest score of the series – simply arrogant in its disregard for the tricky pitch everyone else was struggling on. He could miss the final Test and still be the player of the series.

Travis Head: 3
A lean Test for Head, who was targeted from around the stumps by England with great effect. He has some work to do to address that vulnerability, but in his defence he’s getting out to good balls rather than throwing his wicket away.

Matthew Wade: 5
Wade doesn’t leave Manchester with a hefty weight of runs, but his second-innings partnership with Smith was crucial. The two guided Australia out of a tricky situation and gave Tim Paine enough runs to declare late on Day 4 rather than waiting until the following morning.

Tim Paine: 8
After rightly copping plenty of criticism following the third Test, Paine turned in his best match of the series both as a batsman and captain. With the bat, he made an excellent half-century in the first innings before being undone by a Craig Overton peach, as well as chipping in with a far more swashbuckling 20-odd late on Day 4. Tactically, he got his bowling changes spot on during the nervy final day. Ricky Ponting and Michael Clarke will both be remembered as better captains than Paine, but neither ever retained the Ashes on foreign soil as skipper. Paine deserves considerable praise for being the first man to do that since Steve Waugh. 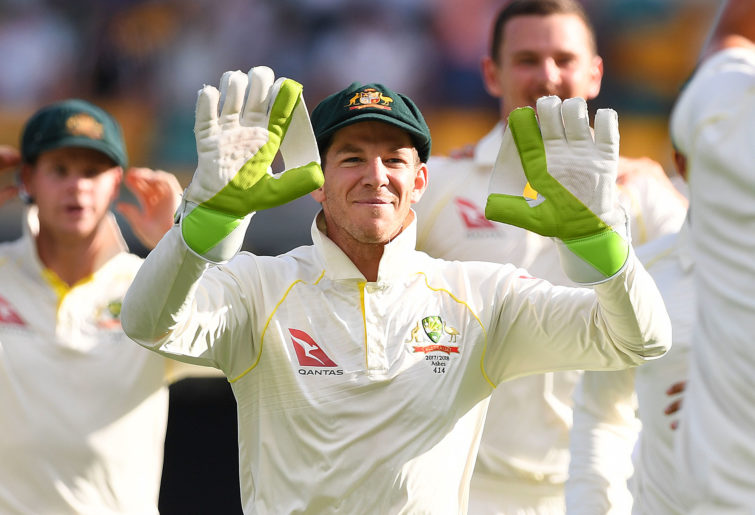 Pat Cummins: 9
How Pat Cummins has never taken a five-wicket haul against England remains a mystery. He was outstanding again, an excellent wicketless spell on Day 3 laying the platform for Josh Hazlewood to snare a couple of scalps, before doing the damage himself with the first four wickets of the final innings.

Mitchell Starc: 7
Four wickets in his return to the side for Starc, who did his usual trick of mixing the unplayable with the uncontrolled. His dismissals of Jonny Bairstow in both innings were crucial breakthroughs, and he also made a bullish half-century to demoralise England early in the match.

Nathan Lyon: 5
Lyon has been below his best since the first innings at Lord’s. At Manchester, he was oftentimes too straight, although looked better after ripping one into Joe Denly’s gloves to end the opener’s stand.

Josh Hazlewood: 9
It seems absurd that Josh Hazlewood was overlooked for the first Test and there were genuine doubts about whether he should have been picked for the second. That has all been well and truly forgotten after another standout performance from the New South Welshman. He claimed four wickets in the first innings and two critical ones on the final day – the first to remove Jos Buttler, the second to get rid of Craig Overton, win the Test, and retain the Ashes.