It's time for England to prioritise Test cricket again

When Andrew Strauss was appointed director of cricket for the England and Wales Cricket Board he immediately prioritised white-ball cricket following England’s uninspiring group-stage exit in the 2015 World Cup.

Under the captaincy of Eoin Morgan the English played an ultra-aggressive brand of cricket, winning countless ODI series and ultimately winning the World Cup this year, albeit thanks to a T20 rule.

However, the cost of this prioritisation of white-ball cricket has been exposed by the English Test team. The following table shows how England have fared in Test cricket since the beginning of 2015 until now

While England are yet to lose a home Test series since Sri Lanka won a thrilling match at Headingley in 2014, they have been very lucky not to do so. While they seemingly thrashed India last year, India had dominated most of the series but failed to capitalise on key moments, thus losing a few close Tests.

The home series against Pakistan and New Zealand showed the Poms’ inability to close out the game, allowing the opposition to win from losing positions. The Test against Ireland was a wake-up call, though the Poms still won despite being bowled out for 85 in their first innings.

Against a world-class bowling attack in Australia Joe Root’s men failed to capitalise on starts and lost the urn, and now they won’t have the opportunity to regain it until 2021-22.

Like many Test teams, they do well at home and struggle away. In the UAE they went with three specialist seamers and one specialist spinner and were severely exposed, losing 2-0. They won 2-1 in South Africa in a tightly fought series by exploiting a rebuilding South African side.

However, their record on the Subcontinent was scrutinised again in 2016. Faced with a rank turner in the Bangladeshi port city of Chattogram, England got away with a 22-run win as debutant Sabbir Rahman threatened to take the game with a valiant half-century. In Dhaka England were given the task of chasing 273 and won the series 2-0. At 0-100 at tea on Day 3 the hopes of Bangladesh levelling the series were slim, but the then 19-year-old Mehedi Hasan took six wickets and England lost ten wickets for 64 in 25.3 overs and lost by 109 runs.

As a Bangladesh fan, rather than celebrating the win, I still think what could’ve been had luck been on our side in Chattogram as well.

Against a much more experienced Indian side a few weeks after the hectic series in Bangladesh Virat Kohli’s men outclassed England in all three facets, romping to a 4-0 series win. The Ashes were a similar story, as even Mitch Marsh smashed two tons against England’s toothless attack as Australia won 4-0.

The Test series against New Zealand was set to be a close one given the conditions are reminiscent to those in England, but instead the Poms were bowled out for 58 – and it could’ve been less had it not been for a 31-run last-wicket stand in the first Test at Auckland. Rain prolonged the Test to Day 5, but the Black Caps got the job done, winning by an innings and 49 runs. England put up a better performance in Christchurch and needed three wickets in 30-odd overs to level the series, but Ish Sodhi and Neil Wagner battled out for 31 overs, ensuring a series win for Kane Williamson’s men.

England played Sri Lanka in a three-match series, winning 3-0, but they could’ve lost two of those Tests had Sri Lanka held their nerve. Surprisingly, the English selectors stuck with the same squad for their tour of West Indies earlier this year, which led to them being bowled out for 77 in the first Test. By the time the Poms had turned up in the Test series the job was done and the West Indies had won 2-1.

This year they’ve been bowled out for less than 100 three times. Had it been Bangladesh, Geoffrey Boycott would’ve called for them to lose Test status. For a country that invented cricket, this is embarrassing, and it’s worse because of the fact they won two Tests after being bowled out for less than 100. These types of victories paper over the cracks that are the failures of the English cricket system and the selectors. 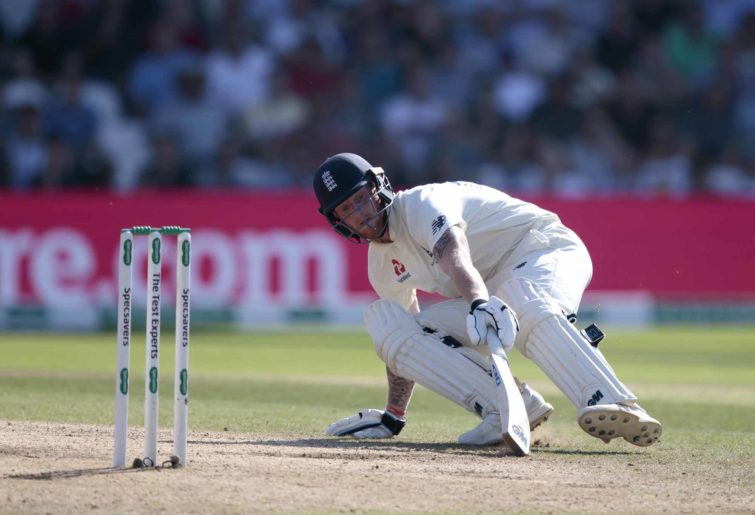 Here are the problems the Test team need to address if they want to dominate home and away consistently.

1. Get a proper opener and No. 3
Since Andrew Strauss’s retirement in 2012 England have tried out eight players to open alongside Alastair Cook, all of them unsuccessful. It has taken until Cook’s retirement to find an opener good enough for Test cricket in Rory Burns. While Burns has averaged a shade under 30 in Tests so far, he has averaged 40-plus this Ashes series to date and has the temperament to bat long periods.

But what Burns needs is someone to partner him who can also battle it out in tough conditions for long periods of time. His opening partner should be Dominic Sibley, who has averaged 55 in the 2019 County Championship Division One season so far, and with the Tests against New Zealand not counting as part of the World Test Championship, he could be groomed without much pressure.

Just like Andrew Strauss’s retirement, England have tried a lot of players at No. 3 since Jonathan Trott’s retirement. Of all the candidates, Tom Westley looked the most comfortable at three but never got enough chances to cement his spot there. If he doesn’t get called up soon, Sam Northeast or Sam Hain would be good choices.

2. Get a new keeper
Jonny Bairstow is a decent keeper, but he’s not England’s best keeper and his batting technique is very poor. Ben Foakes is by far England’s best keeper. Foakes has dug England out of trouble in the sporadic chances he has got in ODI and Test cricket, scoring a wonderful century on Test debut against Sri Lanka. He has averaged 41.5 in Test cricket so far and has the ability to dig deep under pressure rather than slog his way out of trouble.

3. Get a new captain
If Joe Root wants to be considered in the fab four of this current era of batsmen, he needs to resign as Test captain. He won’t say it publicly, but his batting has been affected by captaincy. While Stuart Broad seems like the best best right now to lead since he’s getting better by age, I’m predicting Kiwi of the Year nominee Ben Stokes to get the job and flop just like Freddy Flintoff did a decade ago.

4. Stop selecting players in the Test team based on white-ball form
When players like Alastair Cook, Ian Bell and Gary Ballance played for the England ODI team, the English public moaned about their lack of intent. So why should Jason Roy and Jos Buttler, who have sub-par first-class records, be playing Test cricket when they clearly have no defensive technique? That diminishes the County Championship even more. Players will start playing white-ball cricket only if it means that’s the only way they will get called up into the English Test team.

While England somehow keeps on winning Tests despite their flawed selections, they will get more and more exposed as time goes on. They need to start prioritising Test cricket just like they did with white-ball cricket four years ago, or else Test cricket will be dead in England sooner rather than later.