Australia have choked the life out of England’s aggressive batting line-up.

Rather than blasting holes in their top six like they did in the last Ashes, Australia have made a point of bowling dry and it has paid off handsomely.

Over the four years prior to this Ashes, England scored at a sprightly rate of 3.45 runs per over in home Tests. So frugal have Australia’s attack been in this series that England have managed to go at just 2.85 runs per over.

To underscore the significance of those run rates, they represent the difference between England scoring 310 in a full day’s play and being restricted to just 256.

England’s line-up in this Ashes has brimmed with batsmen who love scoring quickly. The likes of Jason Roy, Jos Buttler and Jonny Bairstow, in particular, do not respond well to being tied down. Each of those batsmen also launched into this series off the back of a successful World Cup during which they flayed bowlers from ball one.

Australia have cleverly decided to prey upon this aggression, to try to blanket these stroke-makers until they cough up their wicket with a moment of impatience.

That might sound like mere cricketing common sense, but it marks a distinct change of approach from Australia. If England have been the most attacking Test batting unit in the world in recent years then Australia have been their equivalent with the ball.

Under the stewardship of Darren Lehmann, Australia’s coach until 17 months ago, their bowling mantra seemed to be blast them out.

When Lehmann took over just before the 2013 Ashes, he repeatedly emphasised the need for Australia’s Test pacemen to be able to rattle opponents with their speed. As part of this approach, he made it clear he would favour quicks who could hit 140 kilometres-an-hour plus. 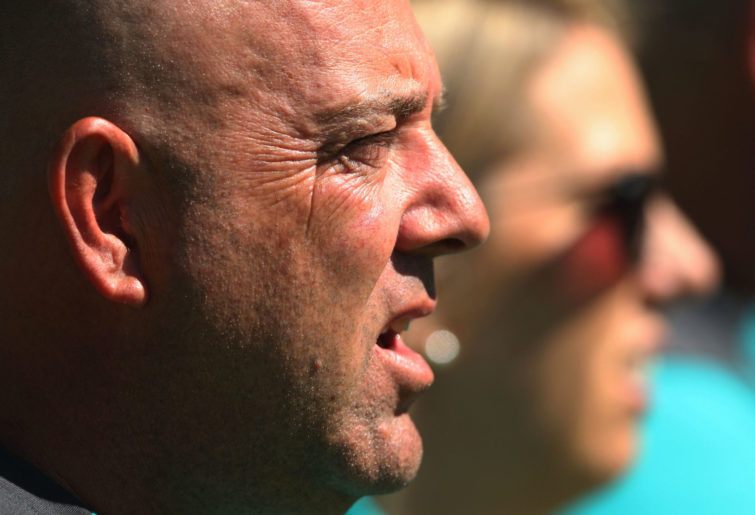 “That’s a really big area for us in our bowling attack – you need to have speed against players these days,” Lehmann said back in 2013.

“Gone are the days when you can bowl 125 kilometres an hour. You need to be 140 if you possibly can. Speed’s a really big issue… we’re looking for blokes who bowl with some pace.”

It wasn’t an entirely flawed philosophy. Lehmann’s desire to intimidate opposition batting line-ups resulted in Australia recalling Mitchell Johnson for the 2013-14 Ashes and we all know how that turned out.

During Lehmann’s reign, Australia did have an advantage on flat home pitches over all of their opponents, bar South Africa, thanks to the pace and height of their quicks. Overseas, though, speed and bounce wasn’t always the tonic. Never was that clearer than in the 2015 Ashes.

Stuart Broad and James Anderson sliced Australia to ribbons in that series while operating in the low-to-mid 130s range.

Australia, meanwhile, had Johnson and Mitchell Starc flinging down rockets at up to 150 kilometres an hour. The problem was those missiles had unreliable guidance systems. As the English quicks were hitting good areas monotonously, Starc and Johnson were getting creative with their pitch maps.

It took until the final Test in that 2015 Ashes for Australia finally to concede this hyper-attacking strategy had tanked. Johnson and Starc together went at a whopping 3.8 runs per over for the series. 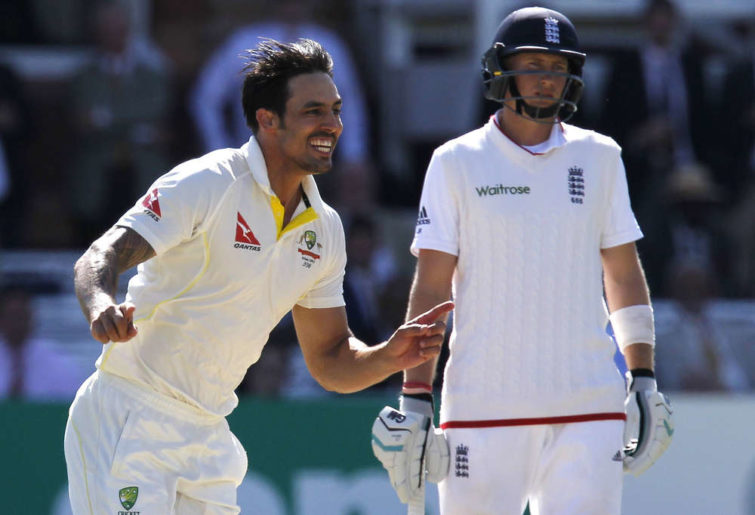 Mitchell Johnson: one of the highlights of the last three years. (AFP, Ian Kington)

For the final Test, Australia picked precise seamer Peter Siddle. Bowling at a gentle pace but with unerring accuracy, Siddle collected match figures of 6-67 while conceding just 1.77 runs per over.

In the following three years Siddle played just five more Tests as Lehmann continued to favour faster bowlers. Yet when Australia began this current Ashes, under a new coach in Justin Langer, Siddle was in the starting XI.

The Victorian veteran was excellent in the first two Tests, consistently building pressure upon which his bowling colleagues could capitalise. A slew of dropped catches left Siddle with figures that did not accurately represent how well he performed.

Langer offered generous praise for Siddle’s efforts. He had executed just the role asked of him. Yet it hasn’t been only Siddle bowling dry – of the six most economical bowlers in this series, five have been Ausssies.

For the first time in a long time, Australia have been the more precise and disciplined bowling line-up in an Ashes in the UK. The Aussie bowlers deserve major credit.

So, too, do Langer and his fellow selectors. They’ve nailed their bowling tactics and their selections.

As a result, Australia have retained the Ashes away from home for the first time since 2001.