The first week of the NFL season is in the books and there are few certainties we can all agree on.

The Patriots are going undefeated in the regular season before ultimately falling victim to Eli Manning (who inexplicably will find his way back into the Super Bowl – don’t ask me how).

And we really don’t know anything about the season just yet.

That being said, there were clear winners and losers to come out of Week 1, and these selections will no doubt prove to be steadfast and correct for the remainder of the year (he says optimistically).

New England Patriots (winners)
It pains me and fans of 31 other teams to write this, but the rich continue to get richer in the NFL and much like how one per cent of the world’s wealthiest control half of the world’s riches, so do the Patriots with their half of the league, the AFC.

Not only did the Patriots dismantle Pittsburgh, but they did so in a fashion that has brought back memories of their record-setting team of 2007.

Josh Gordon looked like the 2013 version of himself, Phillip Dorsett had his best game as a Pat with 95 yards and two touchdowns, Julian Edelman was Edelman and the running backs once again played a healthy role in the passing game.

Oh, and then they proceeded to add the best wide receiver of the past five years, Antonio Brown, into the mix. At this rate, I genuinely wouldn’t be surprised to see Rob Gronkowski get the itch and end his retirement mid-season to be a part of a potentially record-setting offence.

Side note: This offence is so stacked that a defence that has the potential to be the best Patriots unit since the mid-2000s is flying under the radar. 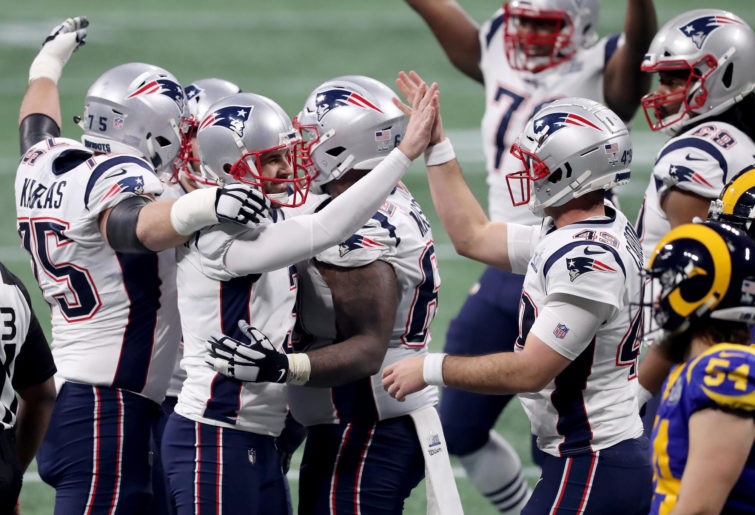 The entire state of Florida (losers)
No collective of teams experienced a rougher week of games than the Sunshine State squads. Tampa Bay, Jacksonville and Miami all lost, but it was the way in which they were defeated that would be most disheartening for the fanbases.

The Buccaneers’ season rides on Bruce Arians’ ability to tap into Jameis Winston’s unfulfilled potential, and yet the former Florida State Seminole continued to make costly mistakes against San Francisco. Two pick-sixes reinforced either Winston’s inability to make the correct read or his indifference to making the correct decision.

Jacksonville’s attempt to bounce back from a horror 2018 season has started in similarly horrific fashion.

A broken clavicle to free-agent signing Nick Foles ushered in the Gardner Minshew era and the trade of a fifth-round pick for Steelers quarterback Josh Dobbs likely won’t alleviate any quarterback issues any time soon. Perhaps the most surprising though was the Jgs’ defence’s ineptitude.

A unit that was pegged as a potential top-five group instead surrendered 40 points to a Chiefs team that lost Tyreek Hill in the first quarter.

As for Miami, the fish tank is in full-on tank mode and the results are reflecting that.

A 59-10 loss to the Ravens has made the already low expectations seem lofty by comparison, and with reports of player angst already it bodes to be a long season for the Dolphins.

Thankfully, Florida has no state income tax so fans can spend their hard-earned dollars elsewhere. You have to find a silver lining right?

NFC West (winners)
The NFC West is the only undefeated division after Week 1.

Admittedly, this is partly due to no divisional games and there’s a slight asterisk given the Cardinals played out a tie against Detroit, but to start a season without troubling the L column is always a bonus.

The Rams’ road win against the Carolina Panthers was the most promising victory of the bunch given the return to form of the previously ailed Todd Gurley, who averaged nearly seven yards a carry on 14 attempts. 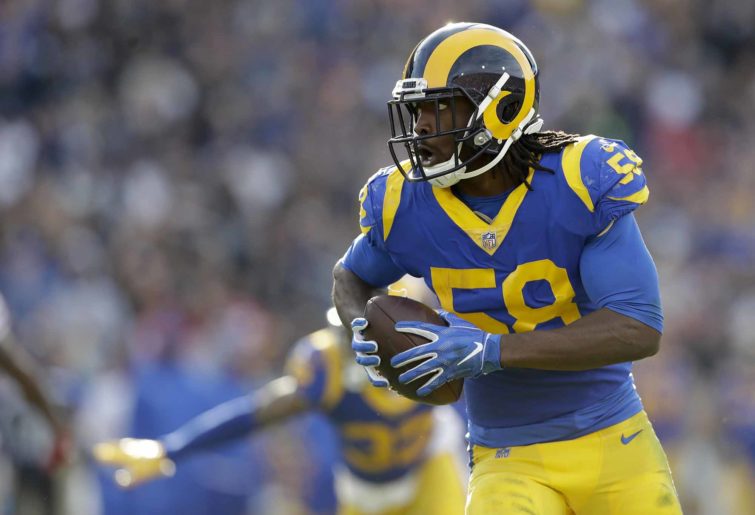 Seattle and San Francisco won uninspired games but nevertheless, they won, which is seldom a guarantee in Week 1. Meanwhile, the Cardinals showed signs of promise in the second half, with first-year coach-and-quarterback combo Kliff Kingsbury and Kyler Murray finally finding a rhythm as they forced a tie against the Lions.

The division is far from the powerhouse it was a half-decade ago but there are promising signs on the west coast.

Cleveland Browns and New York Jets (losers)
This was supposed to be a season of unrivalled optimism for two franchises that have been as bereft of success as they have competent quarterback play. While the Browns and Jets may still come good this season, Week 1 couldn’t have been more demoralising for Gang Green and the Dawg Pound.

Worries about the Browns’ lack of attention to the offensive line proved correct as Baker Mayfield was beaten from pillar to post en route to throwing three interceptions, but more worrying was the outrageous 18 for 182 penalty count that speaks to issues both preparatory and disciplinary under first-year coach Freddie Kitchens.

The Jets fared better on the scoreboard but under the spotlight of the New York sports media, the 17-16 loss to the Bills was an unmitigated disaster. After allowing just three points for three quarters, a 14-point fourth-quarter gifted Buffalo a crucial division victory.

Jets coach Adam Gase came into the job with minimal fanfare after a forgettable stint in Miami and did little to help his cause; burying players in his post-game press conference comments while also doing little to reinforce his reputation as a quarterback whisperer, as Sam Darnold threw for just 175 yards and a paltry 4.2 yards per attempt.

Losing divisional games is bad, but doing so without taking responsibility is the quickest way to get the sharks circling, and the New York media already smell blood in the water.

Quite simply, the most surprising and dominant passing display we’ve seen on a football field in years. Jackson has long been seen by many as an athlete first and a quarterback second, but the Baltimore Ravens may just have been playing us all for fools after unveiling a passing attack the likes of which the franchise has never seen before.

If this continues, Jackson could be in double-digit touchdowns by Week 2 as they welcome the Arizona Cardinals to town.

On a defence stacked with superstars, undrafted safety Anthony Harris stood out above all others in his first-ever Week 1 start. Harris picked off Matt Ryan twice – at one stage even out-bodying Julio Jones on a crossing route – and on both those occasions the Vikings would go onto score on the subsequent drive. 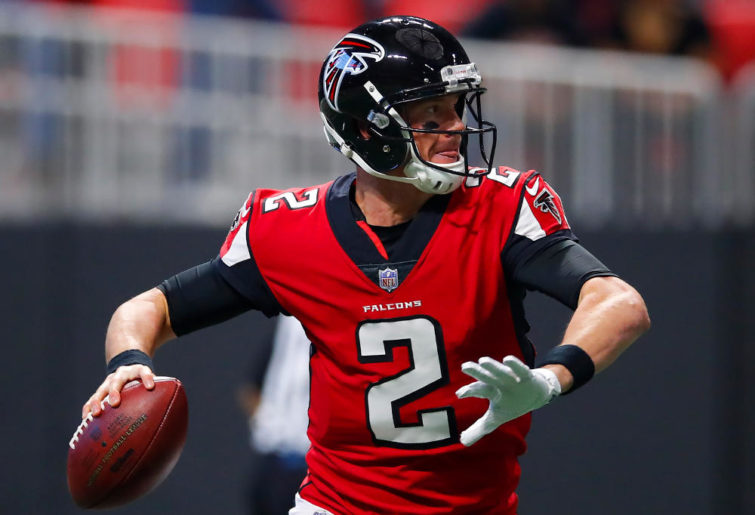 Harris’ tight coverage and instincts on the ball made life almost impossible for a Falcons offence that was being harassed and hounded from the opening kickoff.

Big question remaining
How long will it take for the “offensive visionaries” of the coaching game to get their teams going? Highly touted offensive minds like Matt LaFleur, Matt Nagy, Kliff Kingsbury, Freddie Kitchens and Adam Gase combined for an average of 13 points a game in Week 1, and while the opening round of games is seldom a pretty affair, the Packers, Bears, Cardinals, Browns and Jets will need to up their offensive output if they’re to stack early season wins.

Call me crazy, but
If he stays healthy, Dalvin Cook could just be the best running back in the NFL by season’s end.

Teams should be
Scouting the Cowboys roster for off-season acquisitions. Dak Prescott’s price is going up by the minute and the talent squeeze will come sooner rather than later for America’s Team.

My series previewing the top 2020-21 college football prospects continues today with a look at a refreshingly strong tight-end group.

2021 NFL draft prospects: Running backs are back in vogue

My preview of college football’s top prospects heading into season 2020 kicks off the offensive side of the ball today with the running back group.

2021 NFL draft prospects: Running backs are back in vogue

Cowboys loaded on offence for 2020

Heading into the new NFL season the Dallas Cowboys have the third-ranked offence in the league. After the statistical highs Dak Prescott and co achieved last season, it is easy to see why.

Cowboys loaded on offence for 2020

My series looking ahead to college football’s top 2020-21 prospects brings the defensive side of the ball to a close today with a preview of a deep and enticing group of safeties.