Going into second week of September, the conversation is always the same regarding the upcoming semi-finals: should we value the immediate winning form of the elimination finalists, or the season-long performance of the qualifying final losers that finished higher?

For the longest time under the current final-eight system, the top four at the end of the home-and-away season found themselves in preliminary finals, with rare exceptions.

In the last three years, since the advent of the pre-finals bye that has possibly evened things up between the two halves of the eight, we’ve seen two instances of straight-sets exits – Hawthorn both times, in 2016 and 2018.

The Hawks finished third and fourth respectively in those years, but were lightweights when compared to their 2013-15 glory years. Their best was well and truly behind them.

This year we see Geelong and Brisbane as the two losing qualifying finalists, the first time the top two on the ladder have both lost in week one of finals since 1926.

In an even year, remembering both Cats and Lions finished only one game clear of fifth, there are legitimate reasons why each side could face the ignominy of straight sets.

Geelong are now five wins and six losses since their Round 13 bye, and they are 0-3 against fellow finalists in this time. They’re hardly the credentials of a legitimate premiership contender, and the Chris Scott era is increasingly becoming defined firstly by losing finals, and secondly by complaining about where they are played. 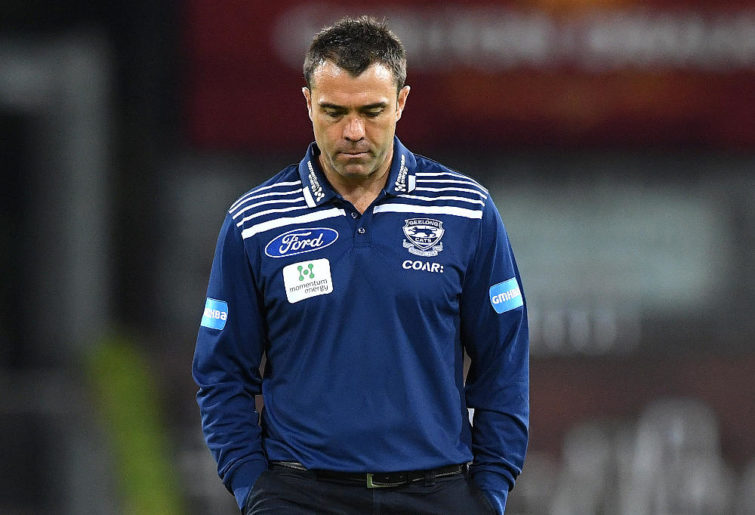 Tom Hawkins, Gary Ablett and Luke Dahlhaus have lost their form, while Gary Rohan is back to doing nothing, as has been the case for most of his career. All four were a critical part of the Cats’ free-scoring forward line in the first half of the season, which averaged 99 points per game in Round 1-12. They’ve been going at 76 points in their poor run since.

Geelong’s upcoming opponent, West Coast, were sitting in the top four from Rounds 14 to 22, only falling out due to a calamitous loss to Hawthorn in the last week of home and away. Given they are also the reigning premier, their credentials as a flag threat are sound, and they were clearly the best team that didn’t finish in the top four.

The Eagles’ win against Essendon on Thursday night was full of authority, even if they didn’t beat much. They are also 5-1 at the MCG across 2018-19, with the only loss coming to a rampaging Richmond, so the venue of this week’s semi will be embraced with relish.

West Coast are strong in the ruck with Nic Naitanui and Tom Hickey, while Geelong are incredibly not. Nor will it be easy for the Cats’ forward line to find form against Jeremy McGovern, Shannon Hurn, Brad Sheppard, Lewis Jetta and company.

Even if Geelong find a way to get through the Eagles, they would then have to face Richmond in the preliminary final. They need to pray to the patron saint of lost causes, whoever that is.

Brisbane were ferocious in the first quarter against the Tigers at the Gabba on Saturday night, but didn’t take their chances in front of goal and couldn’t sustain the heat for long enough. That wasn’t particularly surprising from a side that contained 14 players in their first final.

The 47-point margin flattered Richmond, and the Lions will be sure to take plenty from the experience.

They now face GWS, who have a wealth of finals experience so are strong in the area Brisbane are weak. The Giants are the only team to have won a final in each of the last four seasons including this one.

GWS bullied the Dogs with physical intimidation and hardness at the ball and the man on their way to a convincing win. While those two teams do have history and a fierce rivalry, the Giants will no doubt try to employ the same tactics again up at the Gabba.

There is nothing in GWS’s history to suggest that consistency is in their DNA, and they will prove too flaky to go all the way again, but they’ll take momentum and belief up north with them.

Brisbane need to remember that they matched motors with a hardened and hungry Richmond for a large part of their final, and they need to keep backing the style that took them to second on the ladder.

Richmond and Collingwood are clearly in the box seats to earn a grand final berth. But they’ll have to get through West Coast and Brisbane to get there.