What did we really learn from the Samoa warm-up Test?

The Wallabies will be pleased to have come through a bruising encounter with Manu Samoa in Sydney on Saturday night with just that: bruises.

Some bruises will be deeper than others, no doubt, and even watching on TV, it felt like the Samoan hits only got bigger the further the game went on.

But injuries are always the major concerns from games like this. Samoa themselves could well lose scrumhalf Scott Malolua from their Rugby World Cup campaign, unless by some major miracle of the rugby gods his badly dislocated shoulder recovers quickly.

Depending on how you choose to rate the Samoan side, the Wallabies’ six tries to two, 34-15 win is either about par for a side comprising 18 changes from the 23 that lost Bledisloe 2 or it’s simply not good enough ahead of a Rugby World Cup.

Interestingly, Michael Cheika’s post-match comments suggested to me at least that he was pretty content with both the performance of the team itself, and what the individual performances have done for potential positional selection quandaries.

Having written only a fortnight ago that the Wallabies first XV looked pretty set, I didn’t see anything out of the Samoa game that changes the opinion. In more than a few positions, in fact, in only further underlined it.

But neither does Cheika see any headaches. And it’s somehow for completely opposite reasons…

“No, no headaches. You want to have as many players as possible competing for the spots, it’s exactly where you want to be going into the tournament,” he said after the Western Sydney Stadium win. 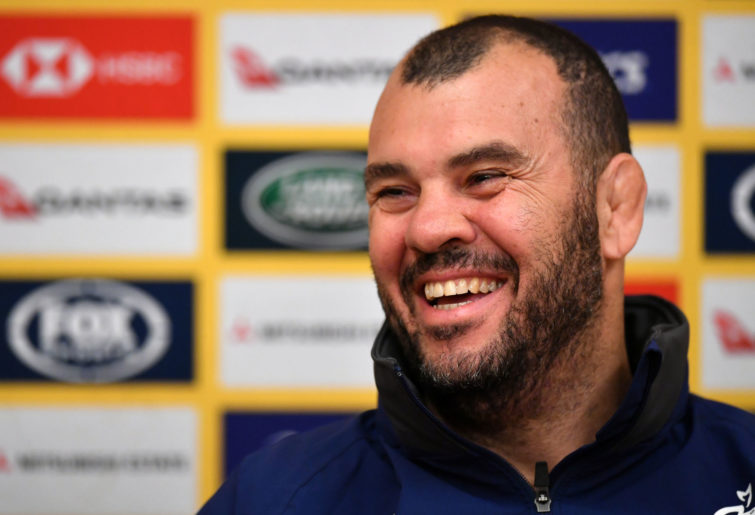 Michael Cheika was pleased with the Samoa result. (Photo by Dan Mullan/Getty Images)

“I think we have a really good atmosphere in the team, where players all compete with each other and then once one gets selected, the other one works with him to make sure the right outcome comes in the game.

“There’s a really good camaraderie inside the team at the moment.”

It was an interesting take, for sure. And I do get what he’s saying: there’s no headaches, because the competition for spots will make the squad stronger, and the best options in each position will naturally emerge.

I think those best options are already clear, but that’s just an opinion.

“Realistically what we’re feeling like now is we can’t wait for it to start, which is probably something we may not have said six or seven months ago,” Cheika also said, and it’s a point on which I furiously agree.

“We really feel like we can’t wait for it, just excited about getting it on.”

Even with a mixed bunch of results, there’s no doubt the Wallabies are in a better position ahead of the Rugby World Cup than they were at the start of the Rugby Championship.

So what did the Wallabies get out of the Samoa Test?

Well, for one thing, Lukhan Salakaia-Loto had his strongest Test of the season to date, and turned in a performance that does fall into the line of thinking that he can be the physical, abrasive blindside flanker that he has so far fallen short of fulfilling. 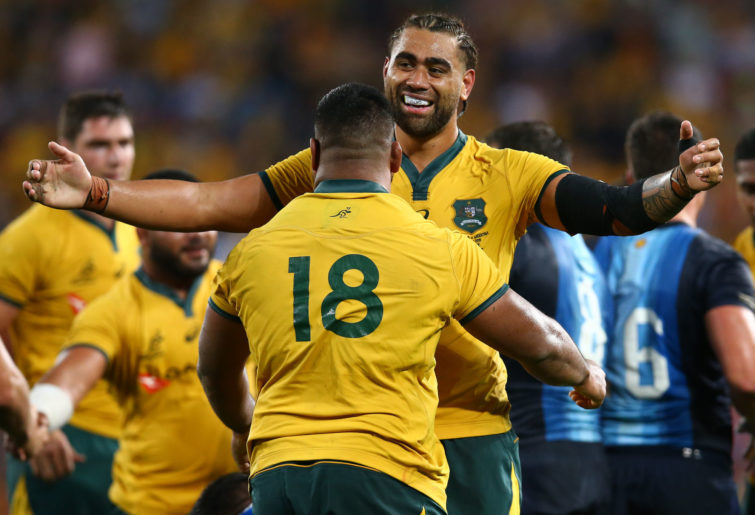 He appeared more prominently in both defence and with the ball in hand, and even looked to be getting through more attacking breakdown than we’ve seen this season. I don’t know whether the stats back this up, but it doesn’t change how I saw him.

It doesn’t change my thoughts around him being of better use as a bench player covering lock and backrow, for the record, either. But I’d rather him performing better in Tests than not.

I had serious reservations about Jack Dempsey coming into this game, never mind his inclusion in the Rugby World Cup squad, but he was probably one of the Wallabies best on Saturday night. I think in reality Dempsey and Salakaia-Loto are probably competing for the same backrow spot, and the fact there does now appear to be competition is a good thing.

David Pocock got through almost an hour unscathed, and that’s worth celebrating in itself. He’ll ‘be better for the run’, as the turn of phrase goes, but how he best fits in the Wallabies’ current approach – never mind whether he starts or comes off the bench – probably remains up in the air.

And we may not know that answer for a few more games yet.

Out wider, the backline on Saturday night did the job required of it, but I think only Matt Toomua really emerged from that game with any significant ticks. Will Genia and Bernard Foley were solid if unspectacular in the first half, but both were guilty of overplaying their hand in the second half.

Marika Koroibete was great, but he’s already in the first XV, isn’t he. Dane Haylett-Petty showed he remains a decent fullback option just as Tom Banks unfortunately still can’t quite take that step from Super to International rugby.

So what did we learn? Well, only a few things, really.

But a few things are better than none. The Wallabies could still go on a run similarly to how they built into the 2015 tournament, but that’s not something we’ve just learned.

Which means, just as we’ve always suspected, the hard begins in Japan.