Paine and Able: from an almost missed career to a legacy cemented

Tim Paine has been sledged within an inch of his life over the past 12 months.

Continually having someone in his ear, reminding him that he’s only an accidental and “temporary captain.” He’s been subjected to scrutiny about his returns with the bat and in some cases, work behind the stumps and captaincy nous. Much like his entire cricketing career, it has been a long road with plenty of bumps.

Now his name is etched into Australian Cricketing history forever, achieving something that the likes of Ricky Ponting and Michael Clarke – two great Australian captains – could never do.

He was the wonder kid destined for big things, the blonde-haired Tasmanian who was long earmarked as the successor for Brad Haddin. He had performed admirably in his first stint at international level – a long one day series in England following the relinquishing of the 2009 Ashes.

A year later he would make his Test debut alongside Steve Smith, Batting higher than Steve Smith in the batting order and kicking off the start of a young career that had promise written all over it.

Then along came Dirk Nannes in an exhibition Twenty20 game at the start of November and it would change the course of Tim’s career. A thunderbolt into the index finger which breaks it and sets up a long and arduous spell on the sidelines.

The multiple surgeries, the pins, and plates put into him, The infections and many stifled returns to state cricket that he kept on attempting, we wondered if his last Test in 2010 in Mohali would be the last we would see of him on national duty.

It was so far from his mind and he was so out of favour at state level that he nearly gave it away. He was merely weeks away from hanging up the gloves at first-class level and accepting a full-time job with bat makers Kookaburra.

Then the second string Twenty20 side came calling in the summer of 16-17, and only the sporting gods and Trevor Hohns would’ve known the exact road ahead. Who would’ve known that those games would be the start of the audition for some important series’ ahead?

As the incumbent and other contenders around him who fumbled, it opened the door for his shock return – in the biggest Test series the nation can play. What followed in the months from there can only be described as being the most experienced person in the right place at the right time.

Following the Cape Town fiasco and with just only 12 Test matches to his name, Tim Paine was named the 46th Captain of Australia.

With it, an off-field job that was greater than any skipper before would’ve had to take on — restoring the pride of a nation in its cricketers. Thankfully, it was a task that was made for him and coach Justin Langer as they went about building a cultural change to a team and organisation in desperate need of a makeover from previous eras.

In a way, Paine knew that this Australian team couldn’t afford to be arrogant anymore and could not be the ones to continue to start picking the fights. Instead of leading a loud screaming, chest-beating, abuse throwing team, he moulded a group of competitors and players who would fight and scratch and fight in the trenches with him.

All in the right spirit of the game which had appeared to have faded away from Australia cricket for quite some time before Paine took office. 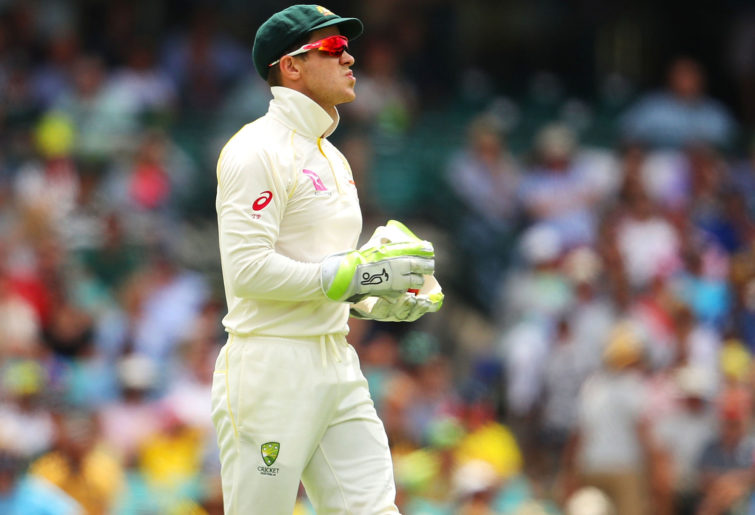 From his first tour in charge of the test team, you saw what type of leader Tim Paine wanted to be. While he wasn’t playing the lead role in the Dubai miracle of 2018, his role was equally as vital in ensuring his team saved the game.

A simple fist pump as a statement of intent as to this will be the way forward under Tim and the tutelage of Justin Langer. It was a hallmark of the way Langer played his whole career. Tough, hard cricket. It is a tag that he is trying to bestow upon his team which is being driven by his captain.

He wouldn’t have had a good week between Headingley and Old Trafford, not after being in the position that he and his team were in and the result that ensued.

The criticism came from everywhere, questioning everything he does on a cricket field and how much longer he should take it with a Baggy Green on his head.

Much has been made of Tim Paine’s modest first-class record: only one century to his name with an average of 29.06. Only slightly higher at Test level at 32.62. As a skipper, your role is to perform the job that the team needs you too at that time.

Whether it’s keeping wicket, taking wickets or scoring tons, there comes a time in every series where a captain needs to stand up and make an impression, and Tim Paine certainly did at Manchester.

It was his most influential game as captain of his country. He produced two knocks that were pivotal in the context of the game at the time along with more immaculate keeping and some great captaincy calls.

He will never be as highly credentialed as some of his predecessors, But Tim Paine’s legacy now speaks of a man who could do what no one could do for 18 years.

For Ricky Ponting and his team of champions in 2005 and 2009 ended in heartbreak. Michael Clarke’s teams in 2013 and 2015 weren’t equipped with the right skill set for the conditions and paid the price. W

hile Tim Paine’s squad contains the top-ranked batsman and bowler in the world, it takes more than that to win a series. Especially an away Ashes series. Such is, Tim Paine is now an Ashes-winning captain – a tag he will carry forever.

In his own words, he is just happy to be there and playing the game that he loves with his mates.

“I am just happy to be a part of it. I could have been working at Kookaburra, so this isn’t too bad.” Paine said.
By retaining the Ashes on English soil fulfills no doubt what was a lifelong dream and adds a story to the career that might not have happened if not for a bit of luck, goodwill, courage, and fortitude.

While Tim Paine is to be commended and celebrated for all he has done and this remarkable achievement, the job isn’t done just yet, and there is still one more chapter of this truly impressive Ashes chapter to be written. If we have learned anything from the last four games is that absolutely anything can or will take place.

Given that both actual and fantasy-team selectors customise bowling attacks for individual ground conditions, should they also apply that thought process to batting line-ups?

Is this the worst shot of Steve Smith's life? 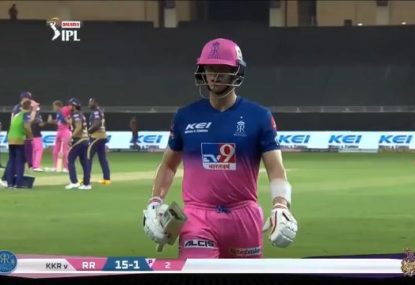 Is this the worst shot of Steve Smith's life?