In Round 10, 2014, St George Illawarra lost 36-0 to Parramatta, a result which saw them fall from competition leaders to 13th on the table in the space of six weeks. It was the point of no return for Steve Price.

Price took over the Dragons in the post-Wayne Bennett era, but he couldn’t get the side to fire like the super coach had.

The club didn’t accept prolonged failure then. He was replaced by former player Paul McGregor.

Fast forward to this April, when the Dragons had opened their season with back-to-back losses before winning their next three straight games. That was enough for officials to decide that McGregor deserved a new contract.

After his new deal, St George Illawarra have won just four of their 18 games – a paltry 22.22 per cent success rate.

Now there’s talk he could lose his job at the end of the year. Madness. 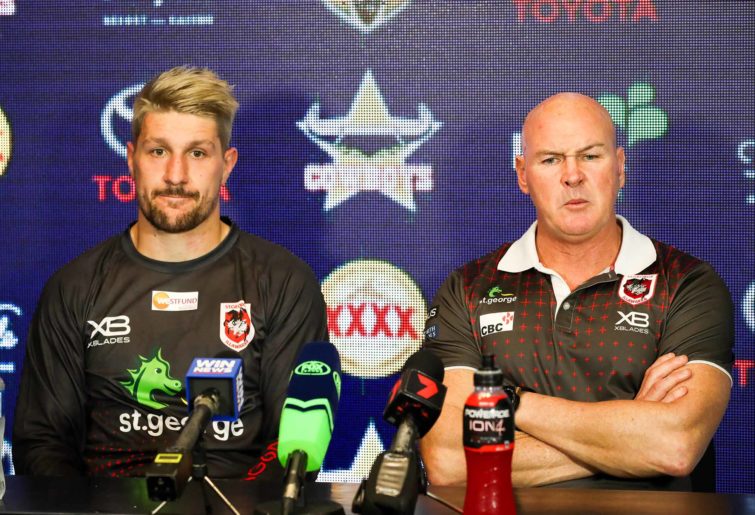 There have been mumblings all year that the Jack de Belin saga was largely to blame for their season. But given the fact they won four of their opening six games, this is improbable.

Offloads, which had been a team trait, have dropped by two per game in 2018 and almost another two again this year. Try assists have also fallen over the last two seasons, as have line-break assists. 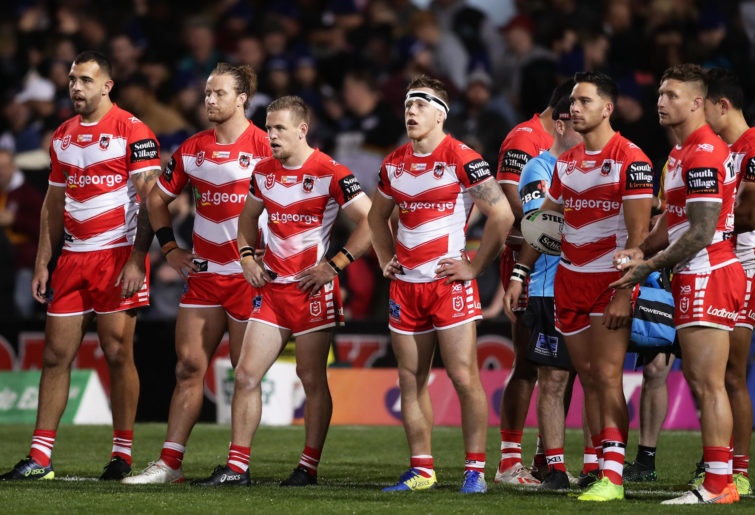 There have been increases – but not in good areas. Missed tackles have gone up, as have handling errors. Ineffective tackles and penalties conceded have ever so slightly improved from 2018, but are still notably worse than in 2017.

Given de Belin’s absence is being cited as a major factor for the poor year, it’s only fair to look at his stats.

If added to their 2019 stats, his figures do not improve the team’s numbers enough to stop the downward trend.

Now obviously this is a simplistic view, however if a pack brimming with international stars like James Graham, Paul Vaughan, Tyson Frizell, and Korbin and Tariq Sims cannot cover for de Belin’s loss – let alone maintain solid numbers for three years – then there’s a much bigger issue.

Despite the magnificent squad all at the peak of their careers, this team is going backwards. They started heading in that direction before the last off-season.

The problem is a one-dimensional coach who is incapable of adapting and implementing changes to the point his side has become pedestrian. They are now the worst thing a team can be in attack: predictable. Much like the excuses he constantly trots out.

The Dragons should have waited until the end of 2019 to determine what to do with the gaffer. Not one club would have been chasing him in April, so why rush into re-signing him? The writing was on the wall last year, but a finals appearance papered over the cracks.

The Round 24 loss to the Tigers saw Paul McGregor become the St George Illawarra Dragons’ losingest coach in 21 years of existence.

He, and those responsible for extending his tenure as coach, need to be replaced immediately if the club is to turn their fortunes around.