Greg Chappell and Justin Langer I’ve written about; Trevor Hohns has been coasting on the achievements of Laurie Sawle for over two decades now, can he please leave?

But in this series they were less terrible than Ed Smith of England, whose belief in his own genius ensured his side lost the Ashes.

Australia’s selection policies had their horrible, cliquey moments. These included refusing to pick Joe Burns in the squad, ignoring Glenn Maxwell for the Australia A game, picking Mitch Marsh in the squad and bending over backwards to shove in Cam Bancroft. On the whole however they did get their basics right.

It can’t have been easy – lunatic fringers were pushing for wild and wacky concepts like picking five bowlers and Alex Carey as a specialist batsman.

There was also the ever-strong Marsh lobby, angling for Mitch Mitch at six, despite him having done nothing to deserve selection on the tour in the first place (the argument seemed to go along the lines of “well if we’d had him in the World Cup we would have won”, “he’s such a good bloke” and “Ben Stokes is really good and he’s the player closest to Ben Stokes”).

This lobby seems to include a number of Fox Sports journos as well as Trevor Hohns – another reason to give Trev the boot.

But they held their nerve.

I didn’t like the selection of Bancroft or Labuschagne (I would have preferred Burns and Maxwell) but at least they did have English first class runs to support their place on the squad. The selectors noticed first class form.

They showed faith in veterans who’d done the job in the past – Steve Smith, Dave Warner, Usman Khawaja – and their new fighter, Travis Head. No one could guess how badly Warner would go or how well Smith would go but both deserved a shot. So too did Khawaja and while it’s a drag he’s dropped he can’t get too stroppy about it. It made sense.

Most importantly, they picked a specialist at six, which proved crucial in the second innings of the first Test, when Matt Wade’s 110 took Australia from a slim lead to a crushing one. His second innings of 33 in the third Test stalled a collapse and helped set up what should have been a victory if not for Stokes’ genius.

His fourth Test second innings of 34 ensured there was no way England were getting in the game.

True, Wade hasn’t locked down his position – Trevor Hohns, who has a history of silly comments about Wade, seemed to float the option that he’d be dropped after the third Test – but he did alright and at least if he does get dropped it’ll be because he doesn’t score runs, and he won’t be protected not scoring runs because he can pick up the odd wicket.

Our selectors were also smart with the bowlers. They listened to Andrew McDonald’s recommendations about James Pattinson and only played him in two Tests (showing they’d learned from ignoring the Victorian coach’s advice on Aaron Finch ‘s batting position last summer).

They held off picking Mitch Starc who, fine a bowler as he is, is a run leaker – and run leakers are the main things that cost us the 2009 and 2015 Ashes.

They picked Siddle who is extremely experienced in English conditions and a sensible bowler, not an “aw gee mum look at the speed gun” dude.

They weren’t completely smart – I still think it was a mistake not to pick a second spinner, Lyon’s injury has showed how risky that is – but pretty smart.

A lot smarter than England.

Ed Smith is a clever man, perhaps too clever by half. He likes weird and wacky selections – I’m sure there’s a science to it if you asked him but from a distance most of it seems to be good ole gut feel.

When gut feel selections work out the selectors look like geniuses, which has the flow on effect of more gut feels and ultimately the team keeps losing and they can’t figure it out.

Decent batting could have ensured a comfortable draw in the fourth Test and didn’t.

For some reason Ed Smith has a hard on for specialist English batters who average well below 40 in first class cricket – Jason Roy (37), Joe Denly (36), Joss Buttler (32). He – or rather Root and Bayliss – compounded this by batting Roy then Denley as openers even though they aren’t first class openers because apparently first class cricket doesn’t count.

Absolutely first class averages shouldn’t be only guide – figures can be inflated (especially when a player is starting out), you also have to look when the runs are scored, all that stuff. I also acknowledge some players with great averages have been found wanting at Test level eg Gary Ballance (Ollie Pope doesn’t count because he batted out of position). But they’re a pretty good guide.

The most successful new specialist English bat was Rory Burns who averages 42… and he was ignored by the selectors for years despite strong , consistent first class form because the selectors had visions of low 30s-averaging players like Keaton Jennings, Sam Robson, Haseeb Hameed and so on, magically transforming into Jack Hobbs.

Incidentally he has an excellent first class record – his Test success wasn’t that shocking. With Rashid Ali not available Leach was clearly the next best spinner… but you need an all rounder at eight to counter balance Stokes (genius yes but batting average of 35).

Where he went wrong was replacing Woakes (batting FCA of 30) with Craig Overton (20), instead of Sam Curran who averages around 30 with the bat. England’s batting is weak and this made it weaker. 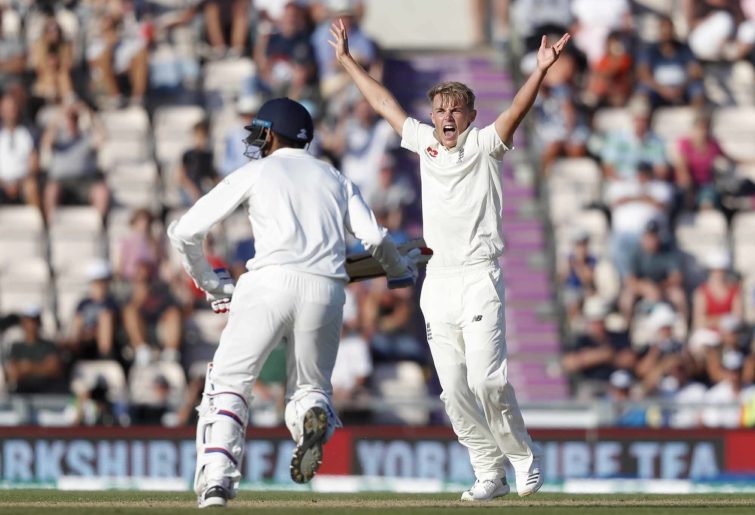 I get they wanted to reward Roy for superb ODI form. He deserved a shot but in his usual position not a made up one.

Buttler has played some fighting innings but his record is not good enough for a specialist.

And Denly has no business being in the side.

All three players should be dropped. I’m inclined to go experience – Sibley, Northeast, Hildreth or Foakes – but if they want to go youth there’s Asad, Pope and Livingstone.

And if they don’t want to pick Woakes then replace him with Curran.

Compare it with Australia’s recent selections of Bancroft, Labuschagne, Head and Wade. They all have first class averages of near 40. The first three didn’t for a while, but their averages have steadily increased and Wade has been remarkably consistent.

In contrast Mitch Marsh was selected in the Test top six with a FCA of 21… it has increased but is still only 31.6… and people wonder why we kept collapsing overseas when he was in the team.

Picking on first class form is not a perfect method. But it’s a lot of a hell better than the method England are trying.

Until they figure that out they’re just going to shuffle deckchairs on the Titanic.