A three-goal win, but Graham Arnold has some wrinkles to sort out for the Socceroos

It might not have been the most emphatic performance by the Socceroos, but they got the job done in Kuwait to kick start their 2022 FIFA World Cup qualifying campaign.

Given Australia don’t have the greatest track record in the Middle East, especially in the sweltering heat like it was on Tuesday night, there should be no complaints about the result. The performance will need to improve, though, as Australia struggled to break down the Kuwaitis in open play.

Although there are positives, there is still much to work on if the Socceroos hope to make it to Qatar in 2022.

So, what does Graham Arnold need to improve on, and what were the encouraging signs from the Socceroos’ display?

What did the Socceroos do right?

Straight from the training ground
A genuine threat from set-pieces is a powerful weapon.

It can help find a goal when you’re struggling to find an opening against a frustrating defence, or it can give your team a boost against the run of play.

To take make the most of set pieces, it’s not enough to have giant players with a springboard jump – although that obviously helps. There needs to be a strategy to take full advantage of that while looking at where the opposition might be susceptible to an aerial assault.

That Matthew Leckie scored two goals from corners after redirecting a Jackson Irvine shot is no coincidence. This was clearly a plan that the Socceroos had worked on the training ground, and Kuwait were the unfortunate opponents that had to see it first-hand.

As evident in the picture above, Leckie (circled in red) was positioned between the Kuwaiti goalkeeper and a defender. This was the case at almost all the corners the Socceroos took. His main goal was to disrupt the keeper if he wanted to come out and claim the cross.

An additional bonus of that positioning was, because of his poacher instincts, he was always in a position to redirect the ball from close range, making it almost impossible to stop. As you can see, Leckie was been left unmarked with enough room to catch the line of the ball for his second goal.

That he only just missed out on a hat-trick from the same set-piece play three times shows how much Kuwait struggled against it.

Mooy takes the wheel
After missing the Asian Cup, Aaron Mooy showed exactly what the Socceroos were missing out on as he controlled the game from beginning to end, including a peach of a finish for his sixth international goal.

Strangely, Kuwait’s midfield rarely stayed close to Mooy, especially in the second half as they chased an equaliser, and the Brighton and Hove Albion midfielder made them pay with so much space at his disposal. He drove the ball into the final third, put in perfectly weighted through balls and beautiful long passes.

He also added something new to his game. The 28-year-old didn’t just sit back and orchestrate the game from the centre of the park, as Australian fans have become accustomed to.

He also made runs in behind the defence to get on the end of some chances, however the final ball to him sometimes ruined the opportunity, as was the case in the above example, where Irvine overhit the pass.

If Mooy can consistently play like that for the Socceroos, he should add to his goals and assists in no time.

Defending well with a high line
In the Asian Cup, Australia often struggled with long balls behind their defence or against an opposition target man that could hold up play. On Tuesday night, that was rarely an issue, and they performed admirably even with a high defensive line.

The Socceroos defenders were prepared for whatever the Kuwaiti attack threw at them. They only conceded two shots on target in the whole match, which Mat Ryan dealt with easily.

Australia’s centre-backs and goalkeeper weren’t the only ones under attack though, as Kuwait commonly tried long balls to isolate Rhyan Grant on the right flank as he returned from high positions up the field.

Given the boiling conditions, the Sydney FC right-back did an excellent job of retreating quickly enough to handle these passes. He barely gave Kuwait a sniff of a chance.

What the Socceroos need to improve

Breaking down deep defences
It wasn’t all sunshine and rainbows for the Socceroos. The scoreline might not reflect it, but they scarcely created a chance from open play. The three goals came from two well-worked corners and a goalkeeping error that gave Mooy plenty of space to target.

Kuwait’s defence was weak – unsurprisingly so given that the Middle Eastern nation is more than 100 spots below Australia in the FIFA rankings. So it should be a cause for concern that until the 70th minute when Awer Mabil came on, Arnold’s men struggled to get in behind the opposition lines.

Australia will often have the majority of possession – as was the case on Tuesday night when they had 60 per cent of the ball – but they still feel like a team that waits for an individual to step up or good fortune to come their way rather than systematically breaking down their opponents.

This is worrying, especially because it came to the fore at the Asian Cup, where Australia’s attack was lacklustre and couldn’t break down tight and compact defensive lines. Kuwait was nowhere near as organised as Jordan were in that tournament’s opening loss.

Jordan, of course, are in the same group as Australia this time around. They’ll be confident of another win when they meet in November if Arnold still hasn’t figured out a way to open up opposition defences.

Mabil came on and immediately refreshed an Australian side that had clearly slowed the tempo in the second half and his searing pace and intelligence helped create a number of chances in the short time he was on.

The 23-year old was the Socceroos’ best player at the Asian Cup and although he plays on the right, his directness and ability to take on his opponents mean he would excel on the left as well.

Another man left wanting was Brad Smith, who is unpopular with many Australian fans due to his past defensive vulnerabilities. But, given his rejuvenated form for the Seattle Sounders in the MLS, he deserves a chance to show what he can do after improving so much in the past 12 months. 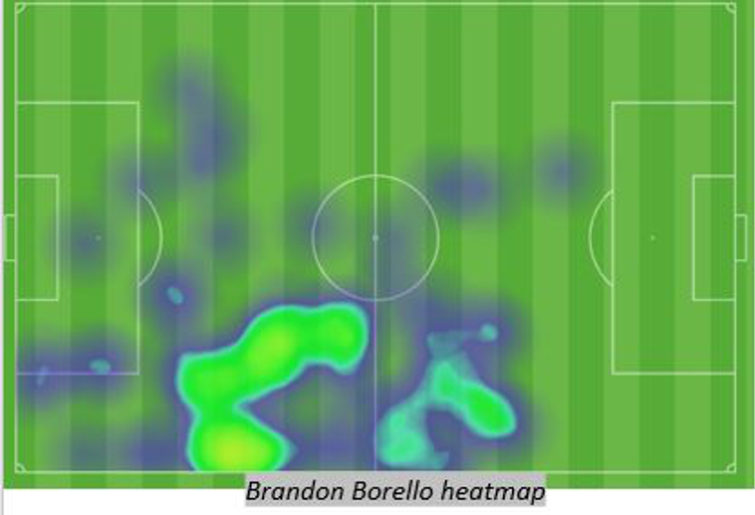 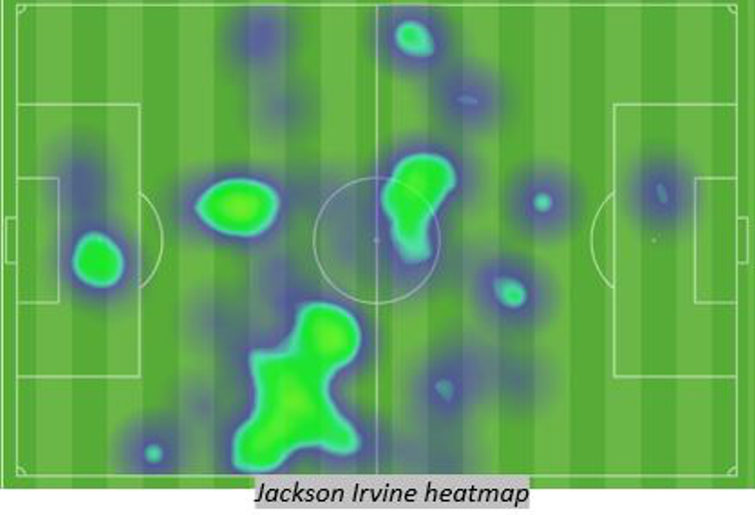 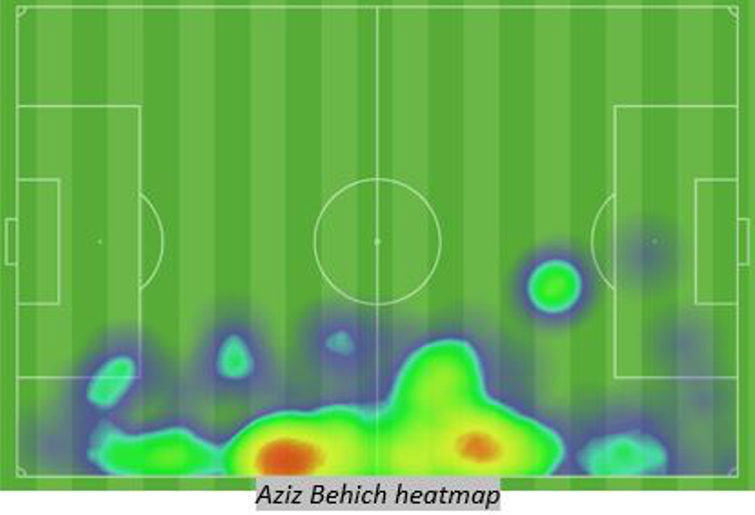 The heat maps for Borrello, Behich and Jackson Irvine show they all occupy similar positions when in possession. Given Irvine often gravitates to the left, Mabil making inside runs from the left might be more useful.

Taggart shows glimpses of what he can do
Arnold has been desperately searching for a striker that can lead the line for some time now, and he might have finally found it in Adam Taggart, who is scoring for fun at club level with the Suwon Bluewings in South Korea.

Taggart was not outstanding against Kuwait, and he didn’t show that same goalscoring form, but he definitely gave us a sneak peak into his ability, acting as a focal point for the Socceroos.

The former Brisbane Roar striker doesn’t just wait in the box to find a chance to shoot, but actively gets involved in the build-up play too, as seen above. The pass to get his midfielders involved and pull the Kuwaiti defence out of position as he crept away exemplifies his intelligence off the ball.

Taggart might not have finished his chance then, but if he gets a second opportunity he will make it count.