Alexis Sanchez vs Fernando Torres: Whose fall from grace was greater?

Spain’s group stage clash with Chile during the 2010 FIFA World Cup was a moment in time that signalled somewhat of a passing of the baton from a once great but fading force, to an emerging star.

You wouldn’t have known it at the time, but hindsight is a lovely thing, and almost a decade on from La furia roja’s maiden World Cup win, it appears the world is a very different place for both Alexis Sanchez and Fernando Torres.

The match itself was a pulsating match of contrasting styles – a battle of meticulous and methodical possession from Vicente Del Bosque’s Spain versus the robust and energetic pressing and physicality of Marcelo Bielsa’s Chile.

Fernando Torres’ contributions in the game were significant: a well-timed run into the channel, which caused Claudio Bravo’s spillage and led to David Villa’s spectacular long range opener – and winning the foul that lead to Marco Estrada’s dismissal.

Significant, but certainly not the same authority and match-winning exploits that were so exceptionally showcased in the previous three seasons at Liverpool.

The first signs of decline were in motion.

As for Alexis Sanchez, an assist for Rodrigo Millar’s deflected goal and the familiar buzzing industry and enterprise that has come to exemplify his best football, were encouraging signs that only promised more as the years rolled on.

And so it did, as a transfer to Barcelona in 2011 brought upon the emergence of one of the game’s brightest attackers, but sadly, it was also at this time one of the world’s most feared strikers was suffering an irreversible decline in form that never really recovered.

In light of Alexis Sanchez’s loan move to Internazionale and the ignominy surrounding his inability to deliver at Manchester United, it’s an intriguing question to ask ourselves. Whose fall from grace was greater? 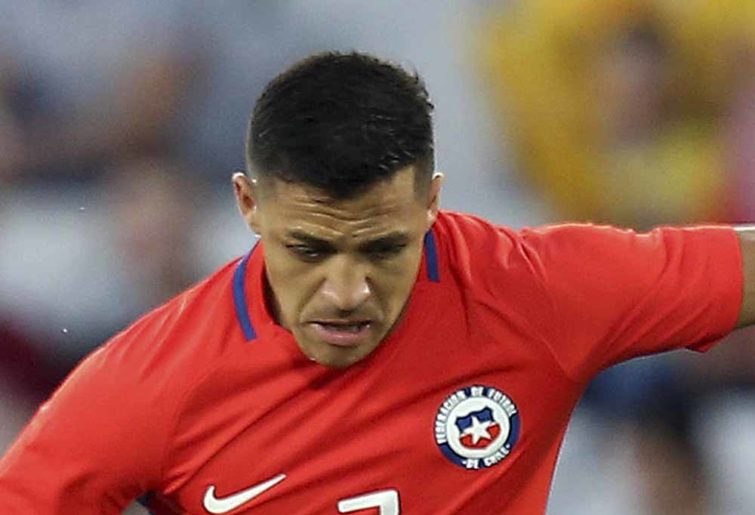 Alexis Sanchez: Arsenal/Manchester United
When Jose Mourinho splashed the proverbial cash to lure Alexis Sanchez to Old Trafford in a swap deal for Henrikh Mkhitaryan from Arsenal, many at the time could see trouble brewing at paying the Chilean in excess of 500,000 pounds a week.

It is an astronomical amount even by modern standards, and has had the domino effect on the likes of David Dea Gea and Paul Pogba’s contract negotiations, without even mentioning the seemingly debilitating impact it had on a weekly basis on Sanchez’s performances.

His signing from the jaws of Manchester City was supposed to be the Eric Cantona-like catalyst for making Manchester United great again, as a tangible symbol of ambition and strength.

Statistically, five goals in 45 appearances is a paltry return for a player who not only plundered 80 goals in 166 appearances for Arsenal in three and a half seasons at the Emirates, but also was the creative inspiration and sole world-class talent that made Arsenal dream impossible dreams.

He has been a shadow of his former self with minimal impact on games outside of even goals and assists- his contributions have revolved around being dispossessed on the ball, misplacing passes and offering very little in the way of movement and pressing.

The direct, powerful runs, incisive passes and prolific scoring has all dissipated and so has the desperate hunger and desire to press and fight for each ball.

There are no significant injuries to blame specifically, but Sanchez has been a Chilean international since the age of 18 with 131 caps and nearly 600 senior appearances at club level which may indicate a steep decline in his physical state.

His game has always revolved around the physical intensity and energy that has complemented his technical prowess, and it is fair to assume that a combination of a change of scenery, natural ageing and exorbitant wages have all conspired to bring about the dwindling of his motivation and mental state.

Sanchez may well end up recapturing some of the old glory in Italy and back at Old Trafford, but it certainly seems a long shot if the last 18 months are anything to go by. 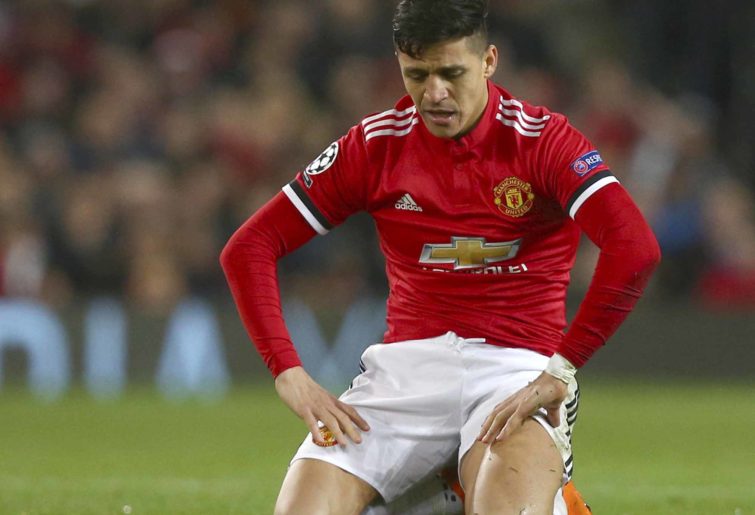 Alexis Sanchez, during his time with Man U. (AP Photo/Dave Thompson)

Fernando Torres: Liverpool/Chelsea
The Spaniard is quite simply an icon of the modern game and revered at both Atletico Madrid and Liverpool for his outstanding service as one of the great strikers of his generation.

During his years in the premier league at Anfield, he was right up there with the very best alongside the likes of Didier Drogba, Wayne Rooney, Robin van Persie, Carlos Tevez and Dimitar Berbatov.

He was regularly tormenting the likes of Manchester United and Chelsea and specifically some of the greats of the game such as Nemanja Vidic and John Terry thanks to his blistering pace and outstanding predatory instincts as an all-round finisher who excelled in the air, in behind defenders and holding up the play.

His versatility as a forward was unique and gave Liverpool a chance against anyone with his clinical finishing and penchant for the spectacular one of Rafa Benitez and Liverpool’s most crucial and potent pieces of the Carragher-Alonso-Gerrard-Torres spine.

In its infancy, his eventual record of 81 goals in 142 appearances briefly threatened some of the great Anfield strikers of years gone by. Players like Kenny Dalglish, Ian Rush, Robbie Fowler and Michael Owen were threatened in terms of goals per min/games, such was his seamless adaptation to English football – as he bagged 33 goals in his first season in 07-08.

His transfer to Chelsea for a then British record 50 million pounds in 2011 ranks among one of the most dramatic deals in winter transfer history such was the shock and scale of the move.

What was more shocking was the fact that it took 19 games for Torres to finally register a goal for Chelsea, as Carlo Ancelotti’s second season at Stamford Bridge came to a crushing end domestically and in Europe largely in part to the Spaniard’s inability to hit the ground running.

A knee injury first received at Liverpool is seen as the turning point physically for Torres as it is accused of robbing him of his key asset – that is his searing pace. Much like Owen, this lead to a significant loss of confidence that was debilitating to his whole game.

His time in blue was not without its moments as he won the Champions League, Europa League and FA cup in three and a half seasons, with his goals at Amsterdam and the Nou Camp against Benfica and Barcelona proving particularly memorable. 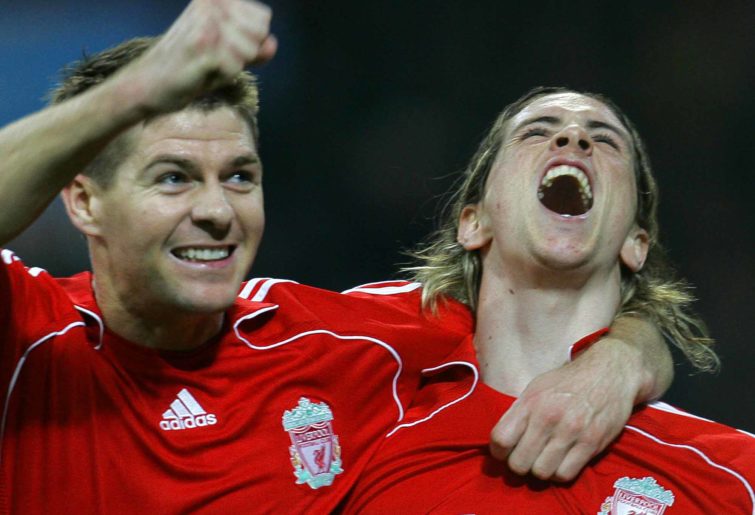 Liverpool forward Fernando Torres
Torres has since retired after various moves to Spain, Italy and Japan since, and needs to be recognised for his total body of work at the very top as a world-class and big game striker for club and country.

Verdict
Ultimately, Torres still went onto win significant titles with Chelsea and made some significant contributions towards those triumphs despite being restricted physically and seemingly disturbed mentally.

Sanchez also is judged more broadly on his overall impact as a creative force as he is not a pure number 9, and even then it is hard to fathom how he has struggled to make an impact even as a role player to help the likes of Anthony Martial, Marcus Rashford and Paul Pogba shine.

There are several factors and forces here at play that have brought upon the decline of Alexis Sanchez, but it is worth remembering how Arsene Wenger built his Arsenal team around Sanchez and he ultimately thrived in that environment as the teams talisman.

Perhaps there was too much overindulgence and freedom and that has impacted his transition to Manchester United. Perhaps it is just the years of attrition that have caught up with him.

But whatever the reason may be, it is clear that the old adage of ‘it is hard to get to the top, but it is even harder to stay there’ is a sentiment that is as true in the cases of Fernando Torres and Alexis Sanchez than there has ever been in recent memory.