The Geelong Cats have defeated the West Coast Eagles by 20 points at the MCG on Friday night, to book a place in a preliminary final.

Geelong will now face the Richmond Tigers next Friday night for a spot in the deciding game of the year, the 2019 AFL Grand Final on Saturday, September 28.

It was Geelong who got off to a brilliant start in the Friday night semi-final at the MCG – after they’d had an opposite opening term from seven days prior – kicking five goals to the Eagles’ one.

The lead was extended to as much as 32 points early in the second term, before West Coast rallied, got numbers to the contest and started to put the game on their terms.

As the second half got underway, the match was evenly poised. West Coast hit the lead through the third term, while Geelong could not split the middle for a major.

The Eagles had a four-point lead to start the fourth term, but only registered one behind in the final quarter.

It was all Geelong, as the fourth-quarter specialists put four goals on the board to run out 20-point winners. 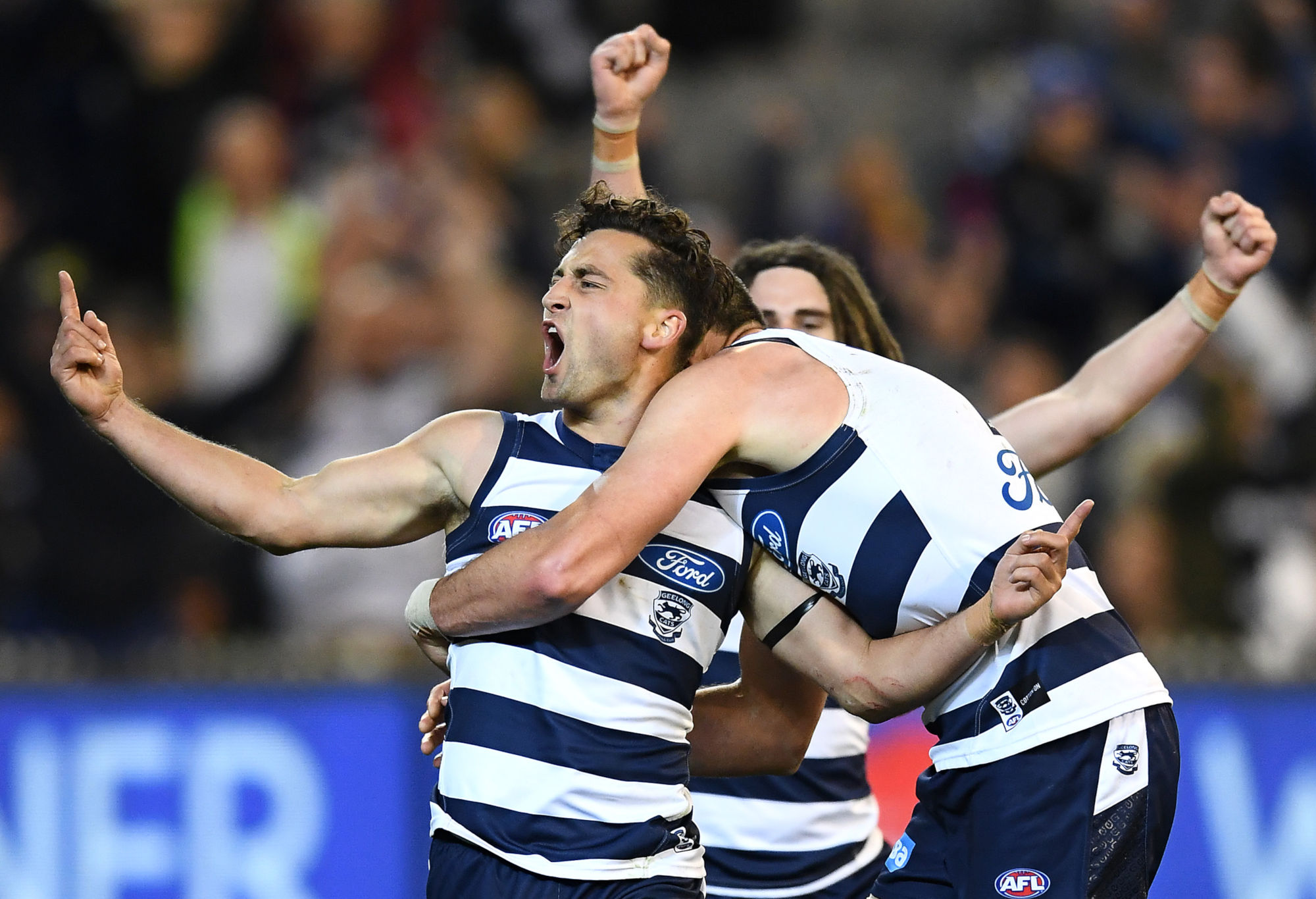 Cameron Guthrie was back and one of the best tonight with 33 disposals, eight clearances, five tackles and four score involvements.

Tim Kelly had a huge first half and then seemingly switched roles with Patrick Dangerfield, who stepped up in the second half.

Geelong captain Joel Selwood battled all night. His 26-disposal game saw him hit the scoreboard with a goal, have eight score involvements and seven inside 50s, all while wearing his trademark bandage around his head – and a bit of claret.

West Coast had 10 players with nine disposals or less, their tall forward line had a quiet night – other than Jack Darling who kicked three – and after a brilliant second term, Liam Ryan finished quietly.

Nic Naitanui had 29 hit-outs and seven clearances, the most of any West Coast player.

Andrew Gaff was the only Eagle to reach 30 disposals, he also kicked two goals. Luke Shuey had 26 possessions and four clearances.

The only defender to really get in the game for the Eagles was captain Shannon Hurn, who had 23 disposals and took 14 marks.

Selwood was patched up several times during the game, his eye post-match barely open, bruised, with blood sliding down his cheek. Expect the captain to be fine for the preliminary final.

Mitch Duncan is still in a knee brace, very unlikely to play next week and a slim chance for the grand final, should the Cats make it.

Tom Hawkins will be sweating on the Match Review Officer’s decision regarding a swinging arm that floored Eagle Will Schofield.

You’d expect to see Geelong at the tribunal on Monday or Tuesday evening, challenging a suspension if one is handed out.

Next up, the Cats face the Tigers at the MCG on Friday night. West Coast will travel home, their 2019 season over.