In a lopsided first finals round, these sides were at least involved in games that were somewhat compelling.

The Lions looked every bit the real deal for the best part of a half against the Tigers – the first term of that contest was by miles the best footy of the extended weekend – before the visitors punished Brisbane for their wasted chances and skipped away to a comfortable win.

For GWS, a feisty and at times spiteful encounter with the Bulldogs delivered everything a neutral fan could ask for for the first quarter-and-a-bit before the Giants bullied the Dogs into submission and pummelled them thereafter.

The Giants’ main target last week was Marcus Bontempelli, and Lachie Neale could be in for similar treatment this weekend.

Lachie Neale will be targeted. (Photo by Chris Hyde/Getty Images)

If it’s just tagger Matt de Boer taking up the challenge, Neale is good enough to work through it. If it’s a team effort the likes of which Bontempelli faced, Neale will need help.

Mitch Robinson would certainly have been up for the hard work required to free his star midfielder, but, alas, he won’t be out there.

So unless Brisbane are willing to sacrifice Neale for the greater good, it’ll be up to skipper Dayne Zorko, Jarrod Berry, Hugh McCluggage and big men Stef Martin and Oscar McInerney to not only get their hands on the footy, but create time and space for Neale.

Just the idea of all that work could give GWS an edge.

While Shane Mumford won’t be able to push Martin and McInerney around as easily as he did Tim English a week ago, his onballers are good enough to gain an advantage regardless.

Josh Kelly, Lachie Whitfield, Tim Taranto and Jacob Hopper are an impressive quartet that has every area of midfield play covered. And then there’s Toby Greene.

Greene overstepped the mark a week ago, but his team won and he’s playing this week, so I doubt he’s lost any sleep over it.

The mid-forward is a star and a big-game player. It’d be foolish to expect anything but another quality performance from him.

Both sides have made one forced change.

Brisbane lose Robinson and bring in Nick Robertson, while the Giants bring in versatile big man Adam Tomlinson for the injured Brett Deledio, who has almost certainly played his last game.

Deledio has had an outstanding career and it’s sad to see it come to an end the way it seemingly has, but the Giants lose nothing in replacing him with Tomlinson.

The same can’t be said for the Lions. Robinson has had his finest season yet, and they’ll miss his running and toughness.

These are two balanced teams.

Jeremy Cameron is the ace in the GWS attack, but he’s very well supported by Harry Himmelberg and Jeremy Finlayson. Brett Daniels is a clever and energetic small forward, and we’ve already mentioned the brilliant Greene.

Harris Andrews is every bit Cameron’s equal – and the two had a rather ugly run in not so long ago – and he probably gets the job on the GWS star, leaving Marcus Adams to take Himmelberg.

After a promising start to his time with the Lions, Adams has had his colours lowered in his past two matches; first by Jack Riewoldt, then by Dustin Martin. Himmelberg is not at the level of those two, but he’s dangerous and capable of a big day. How this match-up unfolds could have a big impact on the result.

Luke Hodge will again marshall the troops in Brisbane’s back half, with Daniel Rich and Alex Witherden looking to provide drive – both will need to carry a slightly heavier load in Robinson’s absence.

In attack Brisbane should have an edge. Giants skipper Phil Davis is capable of blanketing either Eric Hipwood or Daniel McStay, but the Lions’ smalls pose a problem.

Charlie Cameron will get his chances, and Lincoln McCarthy will bob up as well. Cam Rayner is the wildcard. The former No.1 pick has had a pretty lousy second season, but he showed last week what he is capable of.

It was a night of almosts for Rayner. He did the hard work but couldn’t quite finish things off. Should he bring that same energy tonight and complete his work, the Lions will win.

This is a great match-up. Brisbane have been the better side all year but after an injury-ravaged season, GWS are close to full health. 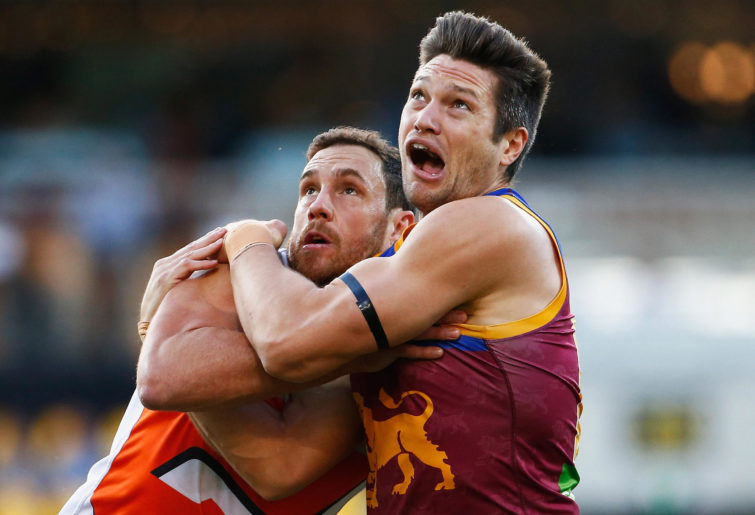 It’s tough to split these sides, and for all the focus there will be on the inside battle – centring on Neale and de Boer – it’ll come down to who can control the outside. Kelly and Whitfield versus Zorko and McCluggage might not be direct match-ups but whichever pair has the better night might directly impact the result.

Crowds tend to drop off in the second week of finals, and understandably so. After shelling out for week one tickets, it’s sometimes a bit too much to ask people to do the same a week later. But regardless of the result, this is Brisbane’s last home game of the year, so hopefully Lions fans pack it out – it’s been brilliant to see the Gabba rocking again this season for big, meaningful games of footy.

This should be great.

That’s my semi-final forecast. What’s yours?