The All Blacks have clashed with France on multiple occasions in the Rugby World Cup – often with memorable results.

In the latest edition of our countdown of the 50 greatest players in tournament history, we cover off four players from the two nations – two from each – plus one of the greatest props to have played the game.

If you’ve got two winner’s medals at home, you deserve to be high up any list of the best Rugby World Cup players. When you add to that the fact that Kaino played almost every minute of every game in both 2011 and 2015, it’s easy to see why he is rated so highly by so many.

Kaino’s influence on the All Blacks’ World Cup successes has become most clear following his retirement. The big back-rower often came up with impressive line-breaking runs and crucial tries (including one in each of the quarter and semi-finals in 2011) but perhaps his area of biggest influence was his defence.

Just check out his tackle on Digby Ioane in 2011. The trans-Tasman semi-final was in its early stages and Ioane danced past eight All Blacks and was a metre from the try-line before Kaino picked him up from behind, spun him around and stopped a certain score.

Kaino never received the send-off he really deserved, but when it comes to World Cups there aren’t many who get to say goodbye by hoisting the Webb Ellis Cup above their head for a second time.

There are 20 players who have won two World Cups. Most won their medals four years apart; a few had eight between successes. Only one went 12 years before winning it again: Os du Randt.

Du Randt’s rugby career almost never happened – an ACL injury at school had the doctor telling him he’d never play again. He overcame this setback to become arguably the best prop in the world and was a crucial part of the dominant forward pack that helped South Africa complete a fairytale win in 1995.

When a torn hamstring led to him retiring in 2000, he was already regarded as a hero of Springbok and World Cup rugby. But he recovered from injury and worked his way back into the South African side years later. He tells how he felt like an imposter upon his return but after Bakkies Botha announced in front of the team how much of an honour it was to play alongside du Randt, ‘the Ox’ felt like he still warranted his place in the side.

He was selected for his third World Cup in 2007, named man of the match in the semi-final win over Argentina and played all 80 minutes of the decider against title-holders England. When the final whistle blew, Os du Randt had gone from World Cup hero to World Cup legend. 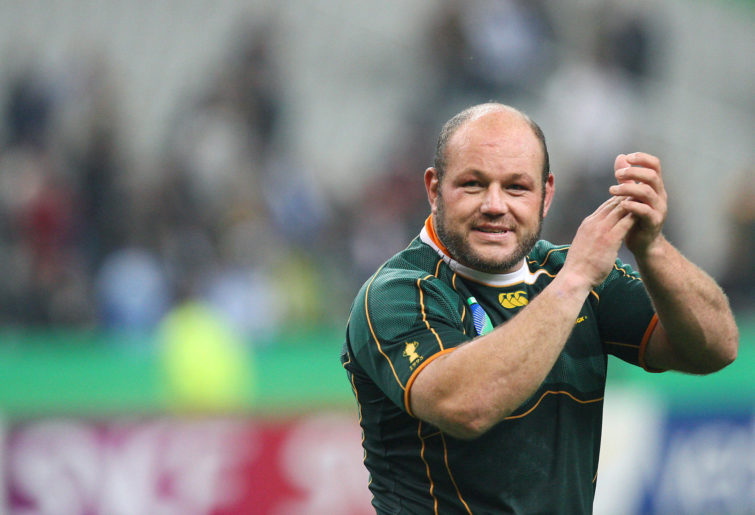 The French have played a part in many of the great World Cup moments and Dusautoir has his name alongside several of them.

The first came in 2007 when he was at the fore of the incredible win over the All Blacks in the quarter-finals. The French back-rower was a defensive colossus, making 38 tackles (!) before then landing the crucial punch with a try that brought the scores level.

Four years later in New Zealand, the French came up against the same foe in the final, and again Dusautoir was heroic. He did everything humanly, and maybe even super-humanly, possible to win in a true captain’s performance: scoring France’s only try, making 22 tackles and being named man of the match.

Just as memorable was the way he led his team in V formation as they advanced on the Haka. You can still feel the shivers when you picture the scene can’t you? 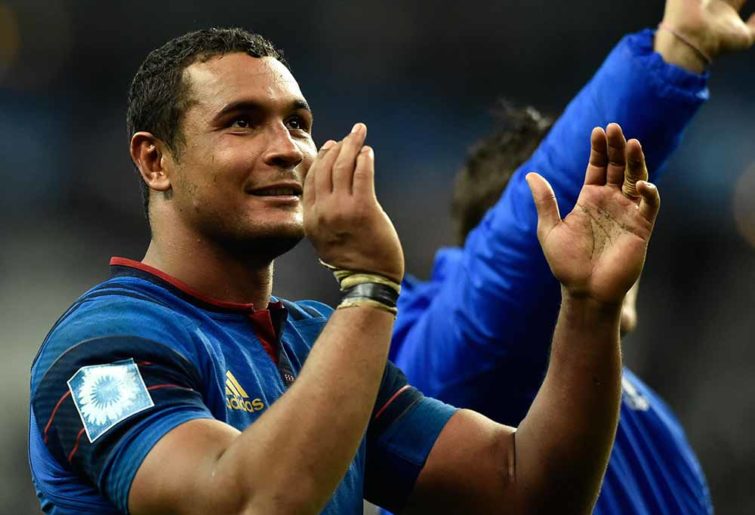 Winning the World Cup twice is impressive enough but what is even more so about Nonu is the way he evolved his game between the successes, and how he fought his way back into the All Blacks after having some serious drops in form.

In the early days of his career, Nonu was a powerful centre who could punch holes in any defence. The older Nonu managed to keep that brute power but added a wiley passing game and an experienced voice that even the great Dan Carter would come to rely upon.

Perhaps his finest World Cup moment came in the 2015 final. The second half had just kicked off and the All Blacks led by 13. The next score was crucial.

Nonu took the ball standing still. He was 45 metres from the Wallabies’ line and had eight gold jerseys within a metre or so of him. Nine seconds later the World Cup was basically over, after the barnstorming centre finished a fantastic solo try on the biggest stage of all.

Blanco was one of the great attacking fullbacks, setting alight the early World Cups with his desire, verging on insistence, to counter-attack from anywhere and everywhere.

While his defence was a bit hit and miss, he was an attacking weapon and to this day holds the record for most Test tries scored by a French player with 38.

Blanco stood out in France’s all-conquering side of the 1980s. Two grand slams, one Five Nations trophy, three other titles, and they came so close to adding a World Cup to that list when they made the final in 1987.

To get to that final, they had to beat Australia and it took some moments of quality and adventure from their star fullback to make that possible.

The winning try was not a quintessential Gallic attack that flowed with style and skill, but instead was a scrappy, ball-bouncing affair that Blanco started and finished. It was his ability which got France to the final and for that he will always be remembered and, indeed, adored. 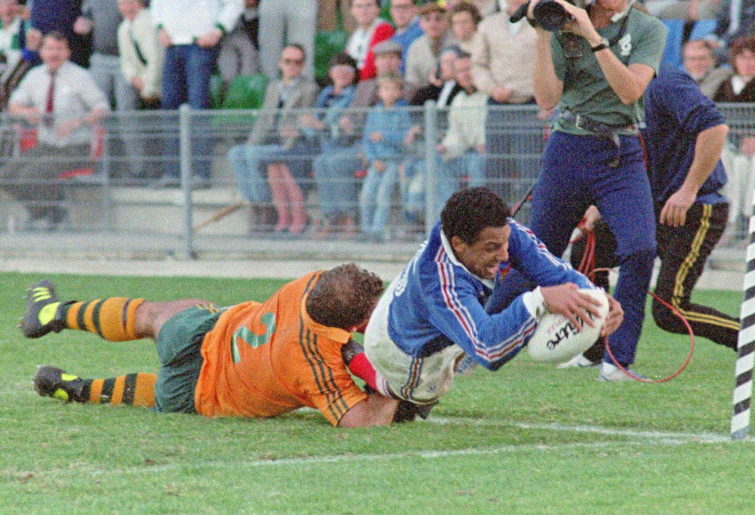 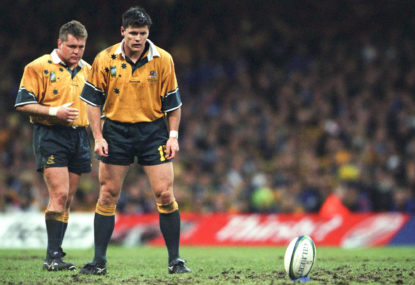