England drew the Ashes but failed to reclaim the urn they lost two years ago. While there were some standout performances throughout the series, there wasn’t enough on a consistent basis for them to stop Australia.

Ben Stokes was undoubtedly their best, while the bowling attack held their own, however, a lack of runs and inability to stop Steve Smith meant the Ashes were already gone heading to the final Test at The Oval.

Here’s how their players stacked up.

Joe Root (c): 6/10
325 runs at 32.5
A passable series for Root, but nothing more. He was dismissed for a duck on three separate occasions, and while he went past 50 in four of his seven other innings, the skipper was expected to provide much more. His captaincy has been called into question and rightly so, while his technique early in his innings has been well and truly found out.

Anderson bowled four overs, got injured and didn’t play a part in the rest of the series. It’s hardly his fault he was picked when he clearly wasn’t ready.

Moeen Ali: 1
4 runs at 2, 3 wickets at 57.33
Ali only played the first Test before he was dropped. He confirmed his status as Nathan Lyon’s bunny at Edgbaston while struggling to land the ball in the right area. Weeks late, he was seen bowling medium pace in County cricket. Might have played his last Test for England.

Jofra Archer: 8
22 wickets at 20.27
England will be wondering what might have been had Archer played the first Test instead of Anderson. He changed the series when he came in at Lord’s, and while he didn’t maintain the rage all the way to the finish line, the Ashes, combined with the World Cup, have confirmed he is one of the best bowlers on the planet right now.

Jonny Bairstow: 5
214 runs at 23, 20 catches and two stumpings as wicketkeeper
Bairstow was solid in the drawn Test at Lord’s and had some other decent contributions, but like so many of the batsmen in this series, struggled to find any consistent form. He didn’t save himself with the gloves either. Bairstow put down some regulation chances, and will have a tough time keeping his spot as keeper moving forward.

Stuart Broad: 8
23 wickets at 26.65
Broad was the most consistent English bowler across the series. While Archer’s spells were more eye-catching, Broad got rid of the dangerous David Warner on seven separate occasions and bowled well with the new ball in each innings.

Rory Burns: 8
390 runs at 39
No matter what you think of Burns – and there are varying opinions thanks to his tendency to edge the ball, play and miss plenty of times and struggle to get going – he had a good series. He made a century, a couple of other fifties and toughed it out during some difficult situations.

Jos Buttler: 5
247 runs at 24.7
Buttler had a couple of good innings, and was strong in the victory at the Oval which went some way to rescuing his series, but England have big questions which need to be asked about their middle order.

Sam Curran: 6
3 wickets at 22.66, 32 runs at 16
Curran only played the one Test but he bowled well at the Oval, grabbing three wickets in his limited opportunity.

Joe Denly: 6
312 runs at 31.2
Denly made three half-centuries but never went on with it. In a low-scoring series, his returns look slightly above average, and his move to the top of the order was a good one, but he needs big runs moving forward to stamp his authority on his spot in the side.

Jack Leach: 7
12 wickets at 25.83, heaps of valuable dot balls
Leach was dropped after the warm-up Test against Ireland but then recalled after just one Ashes match to replace Ali, and had a strong series. The argument could certainly be made that he outbowled Nathan Lyon over the four matches he played. Was outstanding in the final innings of the series at the Oval, picking up 4-49.

Craig Overton: 4
2 wickets at 53.5
Overton, like Curran only played in the one Test. His return doesn’t look great as a raw number, but he did bowl better than what the figures suggest.

Jason Roy: 3
110 at 13.75
England’s patience with Roy finally ran out for the fifth Test, and with good reason. His only slightly positive performance came after he was moved to number four, and it will take a significant effort for him to get back into the Test team. 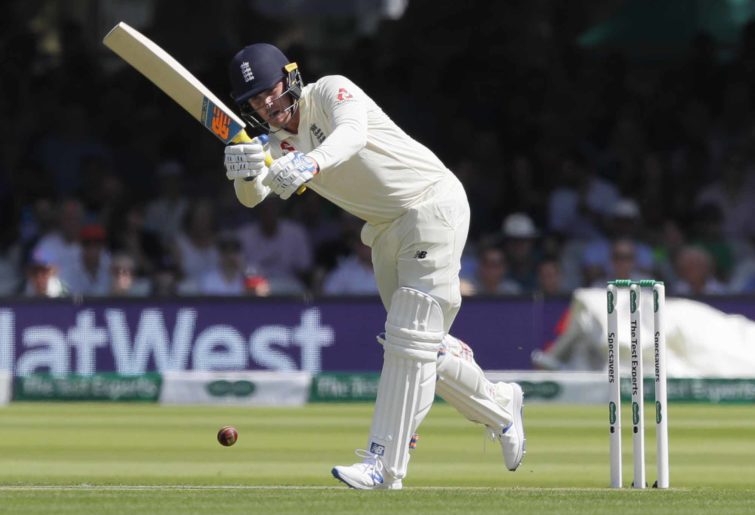 Ben Stokes: 9
441 runs at 55.12, 8 wickets at 45.25
Ben Stokes was England’s best player, no doubt about it. He saved a Test at Lord’s, and won one at Headingley virtually on his own. While his consistency was lacking a little outside of those two performances, he put in some gutsy efforts and played through injury during the final two Tests.

Chris Woakes: 6
10 wickets at 33.1, 120 runs at 20
Woakes was underutilised by England, but added something to their bowling attack when he bowled full. He was able to swing and seam the bowl around, and was unlucky to be dropped for the fourth Test. He made some vital contributions with the bat as well.