But still there have been people who assume they know what’s best for the women’s game. These people accuse the NRL of sexism for having only a four-week competition with four teams and the majority of games scheduled before the men’s finals fixtures.

The problem with unfair accusations like these are that they reflect a fundamental misunderstanding of the women’s game and, even worse, dismiss the views of the most important stakeholders – the women who play our game and who have been consulted by the NRL at every step of the way in the creation of the competition.

Let’s take a moment to reflect on what we saw over the weekend – two very close games with an improvement in standard across the board.

In the New Zealand Warriors’ four-point win over the Sydney Roosters, Charntay Poko was a revelation in her first NRLW outing. Poko made her debut for the Kiwi Ferns earlier this year and in her first NRLW game displayed a kicking game with pinpoint accuracy. On almost every occasion her kick produced a result, and she even managed a 40/30.

Simaima Taufa for the Roosters scored two tries and Kirra Dibb made sure the game stayed within reach with a try-saver on prop Onjeurlina Leiataua after a line break and 30-metre run.

Shakiah Tungai was impressive in the game between the St George Illawarra Dragons and the Brisbane Broncos, scoring the Dragons’ first try and being denied on another two occasions. 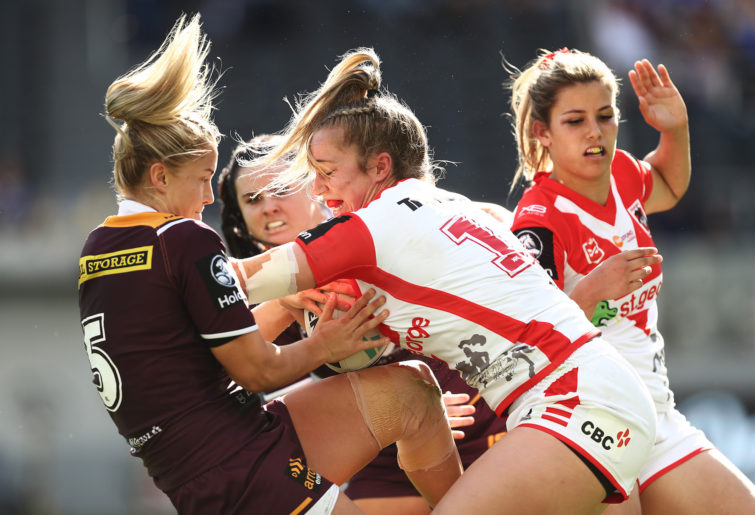 For Brisbane, Ali Brigginshaw led with aplomb, and despite losing the most players out of any other team, the Broncos began their title defence with a win.

Both games were close, competitive and exciting. The Warriors get the opportunity to host their first standalone game at home next week, and their season is off to the perfect start.

Importantly, there has also been an improvement across the board fitness-wise. Testing has shown an increase of up to 15 per cent for many of the stars in this year’s competition, including Julia Robinson from the Brisbane Broncos and Rikeya Horne from the St George Illawarra Dragons, who can squat 140 kilograms for reps, which is over double her body weight.

Chelsea Baker and Tarryn Aiken from the Brisbane Broncos have both hit 29 kilometres per hour at training, and there are plenty of other examples.

Fast growth is not always an indicator of success.

If the NRL were to double the length of the season, it would have some important impacts. Consider that many of these women have had to relocate to play in this competition – women like Brittany Breayley and Karina Brown have left home, work and family to relocate for the competition. For women like Breayley, who also play for the Australian Jillaroos and compete in State of Origin, most of their annual leave is used up just to play the sport that they love.

Fortunately for the NRL, they have the example of the AFLW to watch and learn from.

The AFLW is a good example of a competition that has grown too quickly, and as a result there are problems popping up everywhere.

The Age has reported that the AFLW is facing a split with the AFL Players Association because the players are disappointed with the way the 2020 season is shaping up. Despite no announcement being made yet about the structure of the competition, the players want the opportunity to play each team once rather than the conference structure that the AFL has adopted, which is more like an exhibition tournament.

The AFL has told the players that if they want the product to be successful, then they need to improve the standard. This is a big ask for women still new to the game and juggling full-time work with their training. And the AFL has given fans little opportunity to contribute to the profitability of the game.

So while the AFLW may have more teams and more games, this disrespect for the players is not something I ever want to see in the NRL.

To those who want more for the women’s game, I stand with you. But at no point do I want this growth to come at the expense of the players, their vision for the competition or their ability to compete.

This is their competition and they know that if they build it properly, then the fans will come.