The word hero gets thrown around an awful lot in the sporting dialect.

It’s used so often that it has lost all meaning. In rugby league, the player that kicks the field goal in a mid-season match is almost always referred to as a golden-point hero. The young kid that scores a brace of tries in his side’s regular-season victory will, that week, be referred to as a two-try hero. Sure, in the moment these achievements deserve their recognition, but neither of these are lasting.

We call that man a hero. And his name is Paul Gallen.

Like any comic-book hero, Gallen had to endure years of adversity and setbacks before his rise to stardom. As a promising junior for the Wentworthville Magpies, Gallen was overlooked by the Parramatta Eels and forced to scrap his way into first grade.

His career was born in a time of tragedy, debuting for the Cronulla Sharks on June 3, 2001, only two and a half months before the September 11 attacks. Like Batman, Gallen has never been known for his physical attributes. Among a league of Supermen possessing exceptional skills and talent (think Johnathan Thurston, Billy Slater and Greg Inglis), Gallen got to where he is today on the back of good old-fashioned hard work.

It is a quality that endears him to the average Joe. His countless achievements and records are a statement that no matter what limitations you have, you can overcome them through determination. Even Batman could match Superman. 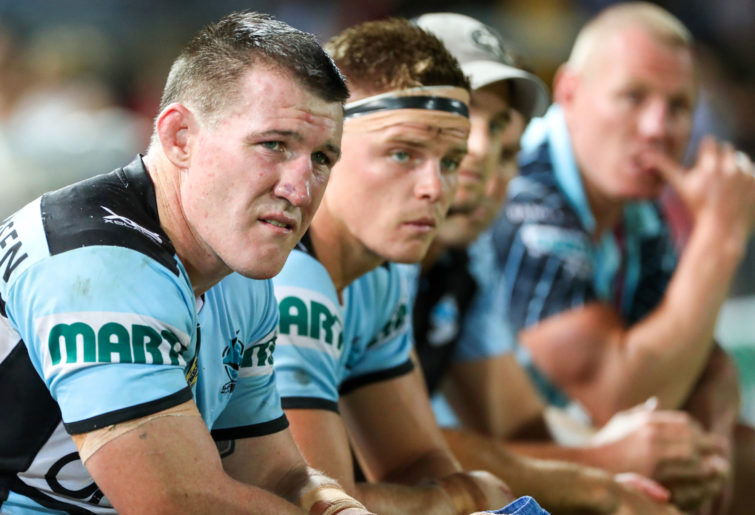 However, Gallen is not without his flaws. His early career was riddled with accusations of gamesmanship from rival fans. His milking of a penalty and a guilty wink to team-mates, all caught by the national broadcaster, was a notable example.

And then there was the time he tried, very intentionally and very forcibly, to dig the stitches out of the freshly wounded Anthony Laffranchi’s head. It wasn’t a good look, and one that quite rightly drew the ire of fans and critics alike. The promising kid was beginning his descent. The budding hero was becoming the villain.

And while these were regrettable acts and damaging hits to his character, the thing that really riled the fans most was simply his role as an integral figure in deep-seated rugby league rivalries. Gallen was the captain of the Cronulla Sharks. As such, he was a lightning rod for hostile reactions from heated rivals ranging from Brookvale to Kogarah and eventually every city not named Cronulla or Sutherland.

But it was his role in rugby league’s greatest rivalry, State of Origin, where Gallen really embraced his profile. Receiving the honour to play for his state in 2006, Gallen would go on to captain New South Wales in 2011 and hold that position for many years to come. He was, and likely still is, the number one most hated man in Queensland, something he relished as early as 2007 when he said “I can’t wait to be running out and getting booed,” in reference to facing Queensland within the hostile confines of Suncorp Stadium. 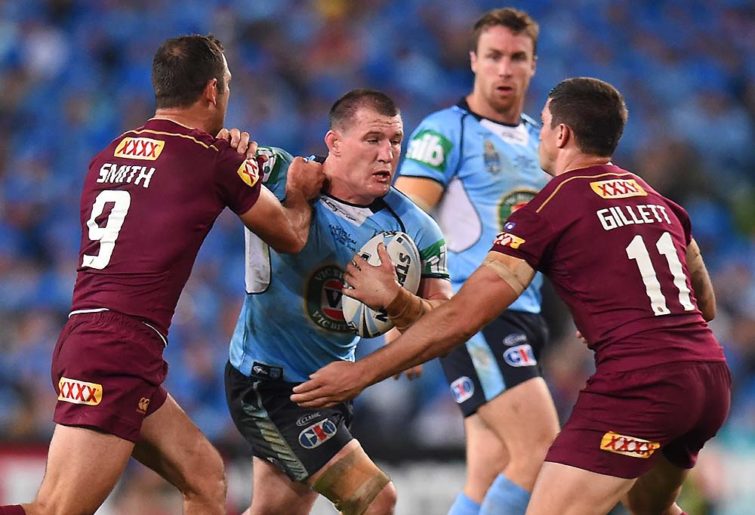 It was this selflessness and loyalty to his people that showcased Gallen’s true character. At heart, he is a competitor. He values winning but never loses sight of the things important to him. It is why, despite many lean years at the Sharks, he was never going to play anywhere else. They gave him the opportunity and he repaid them in spades. These days you are more likely to see a wild albino elephant than a one-club man of 300-plus games.

This is not something restricted to the football field, though. If you ask Gallen’s neighbours what they think of him as a person you will get nothing short of glowing reviews. A community-minded family man that will give back at any opportunity? He could hold the keys to Northies if he wished.

Let’s also not forget to credit Gallen for his role in making rugby league a safer game. For it was his clean punch on Nate Myle’s chin in Game 1 of the 2013 State of Origin series that led to more severe punishments for fighting in the NRL. A reactive review from the administration ensured that automatic sin bins would deter such actions in the future. Concerned mothers remain thankful.

And while the infamous ASADA supplements scandal has defaced his legacy, Gallen maintained his innocence while accepting a ban that would see him and his team-mates be labelled drug cheats for the rest of their careers. More important than fighting an endless battle, Gallen took a hit for his team in order to put the ordeal behind him. The ups and downs, the ebbs and flows, the high skies and the rocks below – these were a trademark of a career made for retelling.

Gallen wasn’t the hero that rugby league needed but the one it deserved.

So let’s talk about the highest of highs. After all, it is only fitting it was achieved after a career of tumult. Gallen became the most losing player in rugby league history, and one of the most jeered nationwide. But in 2016, Paul Gallen became the first man in a blue, white and black jersey to lift the NRL premiership.

An eloquent man with a future in media, this proud Shark delivered the greatest acceptance speech in grand final history, reflecting on the history of his club and the importance the title brings to its fans.

Gallen, from his podium, referenced the meme started by the late Jack Gibson that the Sharks winning a title was like “leaving the porch light on for Harold Holt”.

“You can turn the porch lights off now,” he proclaimed through the roars of the indebted Sharks faithful. “Because we are coming home with the trophy.”

And in that moment, with his list of accomplishments already running off the page, Gallen had achieved everything the game had to offer – his place in the rugby league hall of fame cemented.

Now with his career behind him at 348 games to the Gallen, and a legacy expected to lead to a surge of baby boys in the Shire named Paul, we bid farewell to the rugby league player whose career followed the most Hollywood path.