England’s last World Cup campaign was nothing short of a nightmare. With redemption as motivation and a strong squad, Eddie Jones’ men head to Japan as one of the stronger contenders to lift the trophy in 2019.

Pitted in a tough Pool C alongside Argentina and France, as well as Tonga and the USA, England will still be favoured to progress in top spot given their good form this year.

With over 1000 caps under their collective belts, England have one of the more experienced line-ups in Japan. Owen Farrell will captain the side, one of 17 men picked who have at least one previous tournament appearance, while Dan Cole, Courtney Lawes and Ben Youngs are heading to their third World Cups.

The notable omission for England was Ben Te’o. The rugby league convert had been a constant presence in the side during Jones’ tenure but was left out of the squad despite four centres being picked for Japan, a training-ground scuffle with Mike Brown believed to be one of the contributing factors to his snub.

Brown was also overlooked, while Jones opted against gambling on Brad Shields’ fitness after the flanker injured his foot in a pre-tournament training camp.

With Farrell and George Ford both likely to start at inside centre and flyhalf respectively, England have an incredibly strong kicking game. Farrell is one of the top players in the world, while Ford offers another playmaking option to relieve some of that pressure from his skipper.

Extend that 10-12 combination one position further afield, and the Red Roses have one of the best midfield combinations this tournament thanks to the presence of Manu Tuilagi.

Tuilagi missed 2015 after injury and indiscretion but has been in fine fettle during England’s warm-up matches, particularly the 57-15 demolition of Ireland. Nick Bishop analysed the big centre’s impact around the ground a couple of weeks ago in far better detail than I possibly could (so go read his article), but in short, he’s a terrifying prospect in the middle of the ground.

That midfield is part of a lethal attacking threat England pose. No one came close to matching their 184 points scored during the Six Nations earlier in the year, and their 24 tries were ten more than next-best Ireland’s. Farrell finished that tournament with the most individual points, and winger Jonny May the most tries.

There’s plenty of talent up front, too, particularly in the second row. Whichever combination of Maro Itoje, George Kruis, Joe Launchbury and Courtney Lawes Jones opts for, it will give England an elite locking partnership both in the lineout and around the ground.

There’s not a lot to mention here. Some key players, however, arrived in Japan with little recent game time. Jack Nowell and Henry Slade haven’t played a minute of Test rugby this season, and Mako Vunipola only has under 20 minutes from the Italy warm-up after a long-term injury.

That match against the Azzurri also saw Kyle Sinckler, Luke Cowan-Dickie and Joe Launchbury limp off the field.

Mitigating those problems is England’s draw. They face Tonga and the USA before going up against Argentina and France, giving their casualty ward extra time to recover and easier fixtures in which to ease back into Test rugby.

The Six Nations earlier in the year provided queries over the side’s leadership and composure after they blew a 31-0 halftime lead against Scotland, a match they would have lost had Ford not crossed for and converted a try deep into time on.

There’s also a perception this side is one poorly equipped to deal with an aerial bombardment. Elliott Daly isn’t as assured under the high ball as his predecessor Brown, and while Nowell can hold his own there, he’s no certain starter thanks to injury and the form of Cockanasinga and May.

Poor discipline also reared its head over the past month. England gave away 20 penalties in their two fixtures against Wales, including 12 in the disappointing loss in Cardiff. 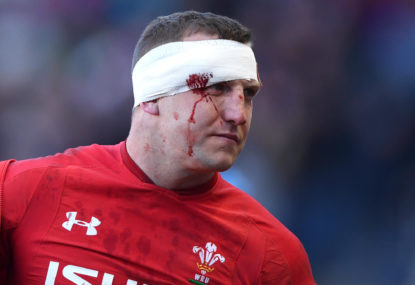 Farrell is the barometer of this team. When he fires, they’re lethal. When he’s off his game, such as in the aforementioned second half against Scotland and the warm-up loss to Wales, they struggle.

The England captain is certainly in the top echelon of outside-halves in the game today. While he plays with the number 10 on his back at Saracens, he’ll likely line up at inside centre in Japan, and the partnership between him and Ford as dual playmakers will be crucial.

It’ll also offer Jones a far more reliable option at 12 than what England trotted out in 2015, when no one was picked to start in the position in consecutive matches.

There aren’t too many areas of the game in which Farrell is lacking. He’s a dead-eye goalkicker, assured when directing his team around the park, and his physicality has meant he’s never been shy of contributing on defence – sometimes to a fault. He’s also a proven winner on the European stage for both Saracens and the national side.

While he’s only officially been the skipper since the start of the year, Farrell has been the heartbeat of this England team for far longer than just the past nine months. That won’t change at the World Cup; if anything, he’ll be required to play even more of a leading role. 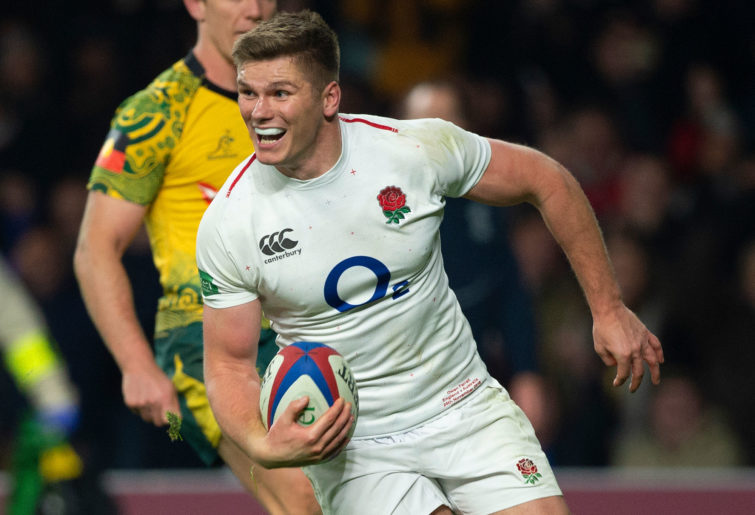 Verdict: Genuine contenders, but not favourites

Few teams will be as tough to beat as England in Japan. They have a coach who is well and truly proven at the tournament, a strong formline, and a squad full of talent. Since the start of 2018, they’ve beaten every other World Cup contender… except for one.

That one, of course, is New Zealand. Jones’ men went down to the All Blacks by a single point last year, and their last win against the reigning world champions came in 2012 – although last year’s was the only meeting since the last World Cup.

That horrendous scheduling flaw would be addressed by a semi-final between the two sides – one which could well decide this tournament.

Good as England look, they don’t deserve favouritism over the All Blacks right now. That would lead them to a loss in the semi before a win over Wales in the playoff for third.