Touch-ups or touch judge: Which had a bigger impact on the 2019 NRL premiership race?

The opening round of the 2019 NRL finals was dominated by touches. Well, two and a half touch-ups and one touch judge controversy, to be precise.

With teams literally playing for their seasons, there’s always going to be dramatic storylines at this time of the year, but which one from the weekend had the biggest impact on the 2019 NRL premiership race?

The Roosters and Eels both gave their opponents an almighty touch-up, winning by a combined 82 points. Such blowouts take on greater importance in the finals, as it positions teams as looking ominous right when it matters most.

Manly’s win over Cronulla wasn’t as much of a touch-up, hence its ‘and a half’ status, however the Sea Eagles were always in control in their gutsy win over the Sharks. The final scoreline actually flatters Cronulla, who never really gave the impression they were in the game, and consequently find themselves on holidays earlier than expected.

Lastly, in the dying minutes of the only close game from the weekend, Canberra’s upset victory over Melbourne saw a controversial touch judge decision rob the Storm of… well, exactly what they were robbed of remains as contentious as the call itself. So we’ll start there.

With just three minutes left in the game, Canberra’s John Bateman crossed for a try, and Jarrod Croker converted to put the Raiders ahead 12-10. Off the ensuing kick-off, the Storm went short to the right, and winger Suliasi Vunivalu regained the Steeden via a stunning catch, claiming possession for Melbourne on the sideline, approximately 27 metres from Canberra’s line.

Or so it seemed.

Unfortunately for the Storm, the touch judge threw his flag in the air, claiming Vunivalu’s hand had crossed the sideline.

Watching live, it seemed a dubious call, and the replays confirmed it was a howler, as the Storm winger had actually stayed in the field of play.

The initial debate was whether the call was a shocker or not. Yet it’s not much of a debate: it was a shocker.

Whether a player has crossed the sideline or not is the easiest call in rugby league. It’s not a judgement call – it’s black or white. The player either went out or they didn’t. There’s no ambiguity in it. There’s no grey area. There’s no interpretation of the law required.

Considering Vunivalu didn’t go out, there is no way the touchie could actually call it out unless he was guessing. Seeming as he raised his flag, he obviously did guess. Why he simply didn’t say “I don’t know” is beyond me. It resulted in a shocker. Case closed.

The next debate was the degree to which Melbourne were robbed.

The Storm were definitely robbed the chance of scoring, but the reality is they had struggled to do that against a stiff Canberra defence. They had crossed the line just once, so there’s little chance that they were suddenly going to score easily with the game on the line.

Bottom line: the Raiders were the better team for the vast majority of the game, and thoroughly deserved to win. That takes much of the sting out of the controversy, as the team that won deserved to win, which translates to the touchie’s call having little impact on the finals series.

So, onto the touch-ups then.

In last week’s preview of the finals, I said of the Parramatta versus Brisbane match: “I’ll be shocked if they (Brisbane) score a point on Sunday, let alone win. They are not a good football team. Though consistency has been an issue all year, Parramatta are lucky to be handed a bye in week one, and it could even be the catalyst to get on a roll at the best time of the season to have momentum.”

Needless to say, I don’t think the Eels’ demolition of the Broncos is much of a story, as I all but predicted it.

If Parramatta win again this week, the embarrassing dismantling of Brisbane might well be seen as the catalyst for their confidence and momentum, but let’s see how they go against a first-grade football side before we read too much into Sunday’s victory.

The Roosters were impressive in their annihilation of arch enemy, the Bunnies. Though Souths won the two home-an-away games during the year, I didn’t think we should read much into them, considering the context of when those games were played during the season.

But did we learn anything new? The Roosters are the defending premiers and finished second on the ladder. By any measure, they’re a great football side, but we all knew that. To be honest, we probably learnt more about who Souths are – or who they aren’t – than anything else. 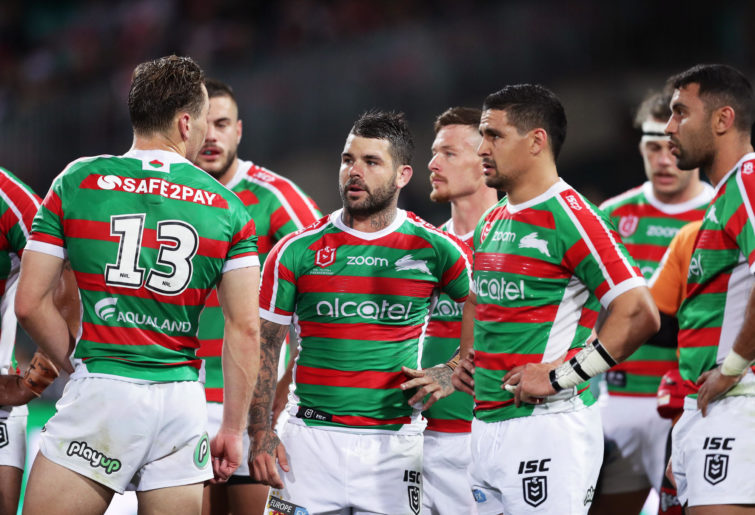 Lest I get too cocky about my previews, I also said Manly had no chance of beating the Sharks on Saturday night.

I honestly believed the shocking amount of injured talent the Sea Eagles had sitting on the sidelines would be too much to overcome, but they proved me wrong in disposing of Cronulla in a tough and gutsy win.

Manly were very impressive. They often got quickly off their defensive line and pressured Cronulla, with the Sharks responding with a host of errors.

Through a combination of injuries, poor goal kicking, and inconsistent play, Cronulla never really found their groove this season, only just sneaking into the top eight. Yet their experience and talent meant I never felt comfortable ruling them out of contention, and I still envisioned them going on a run in the finals.

As such, from the weekend’s games, the Sharks’ elimination had the biggest impact on the 2019 premiership race, as I honestly – and stupidly – believed they could win the competition.

Thankfully, in the time it’s taken you to read this piece, we’ve already moved on to week two.

My predictions: Melbourne will regroup and be better for the wake-up call by coming out and defeating Parramatta comfortably, while Souths versus Manly will be a tight affair for the first 60 minutes, before the Rabbitohs pull away down the stretch from a gallant Sea Eagles outfit.