It felt like it was up in the air for an eternity, and then suddenly it just became clear.

Like a lingering airport fog that just disappears, the Wallabies first-choice XV seemed anything but obvious when the Rugby Championship began, yet just three games later there was so little doubt that it’s actually funny to think about.

And with the first Wallabies fixture of the 2019 Rugby World Cup now just days away – and, no, I’m not quite ready for it, thanks for asking – I’ve still seen nothing to shift me away from the opinion expressed over the last month.

But that doesn’t mean we can’t have some verbal confusion coming out of the camp in the meantime.

Immediately after the Samoa Test in Sydney, Wallabies coach Michael Cheika explained that the competition for spots within will make the squad stronger, and the best options in each position will naturally emerge.

“No, no headaches,” he said after Wallabies debut at the new Western Sydney Stadium win. “You want to have as many players as possible competing for the spots, it’s exactly where you want to be going into the tournament.”

“I think we have a really good atmosphere in the team, where players all compete with each other and then once one gets selected, the other one works with him to make sure the right outcome comes in the game.

“There’s a really good camaraderie inside the team at the moment.”

And as I wrote at the time, I did get what he meant.

But now that the team is in Japan, that same message is being used slightly differently.

Cheika was asked if he had a bit of a selection headache looming ahead of the Fiji game, with almost all niggly injuries in the squad now gone and pretty much all players available, leaving the coach to concede in agreement with the question.

“There’s a lot of competition for places in the team so far and I think that’s the way it’s going to stay, to be honest, over the next seven weeks,” Cheika told AAP from the Wallabies training base in Odawara over the weekend.

“That’s going to elevate the level of each player because I know everyone wants to play.

“You can just see it in the way guys are training, everyone wants to be a part of it.” 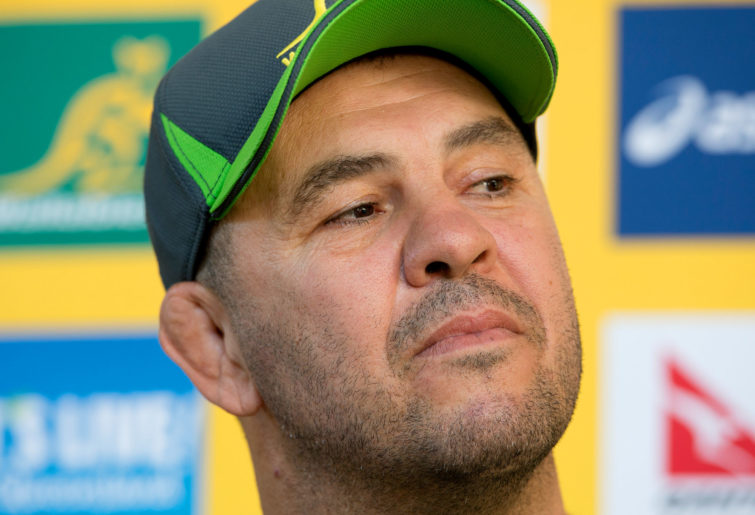 The two quotes are pretty well identical. But now they mean the opposite of what they did a fortnight ago.

And perhaps it’s an indication of how the mindset has changed now that the Wallabies are on the ground in Japan. Shit just got real, as the cool kids say. What wasn’t a headache in Sydney – no problems at all, she’ll be right mate – is now a really nice problem to have as they head north to Sapporo on Wednesday.

I find that fascinating, I must say.

The other fascinating element has been the placement of a couple of veteran players in front of the media in the last few days and the way they’ve addressed the very obvious question of going into World Cup with a far from certain involvement only days out from the first game.

“We’ve been doing a lot of 15 on 15 and that means that the competition is there and it’s probably the same across all positions. Every position is being highly contested. It’s good to work with him on certain issues and how we’re seeing the game, how we can evolve our games and how that can benefit the side.”

Foley was okay against Samoa but not so great that Lealiifano still shouldn’t start against Fiji this weekend and probably Wales the following weekend. 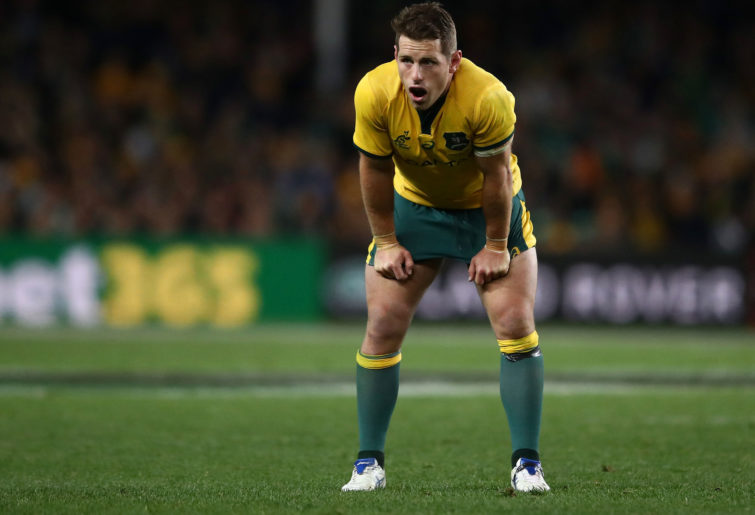 Think about that. Think back to even the end of Super Rugby and whether you thought it was at all plausible Foley would be fighting to play a significant role at the World Cup just a few months later. That a player of Foley’s standing in the game – regardless of how you might rate him – is suddenly very uncertain about his Rugby World Cup involvement can only be a positive for the Wallabies.

Adam Ashley-Cooper has been another one.

“I guess for me, more than anything in this World Cup, it’s just about making sure I’ve got my own game right,” he told rugby.com.au this week.

“Making sure I remain competitive, making sure I have a mindset to grow and develop and get better and improve each day and that’s how I can contribute to the team building, making sure I’m taking care of my pieces of the puzzle.”

For the removal of all doubt, because I’m sure this will come up, I don’t believe Foley and Ashley-Cooper have been put up this week for some kind of conspiracy that their fronting the media is some kind of assurance that they will be picked later in the week to face Fiji.

The Wallabies have been in Japan not quite a week, and I reckon I’ve seen video or audio interviews from at least half the squad already. RWC rookies, young players, key players, old players – they’ve all been put up accordingly.

Yet here we have a couple of very senior players in the middle of all that who, through a suddenly surprising amount of competition for places – and unquestionably borne out of the squad uncertainty at the start of in the international season – are having to fight like perhaps they’ve never had to fight for a Wallabies jersey before.

If Foley and Ashley-Cooper, or any player outside that still pretty clear first XV, manage to fight their way into the Wallabies side for crucial games, then it can only be because they’ve earnt it.

And in the middle of a Rugby World Cup, that’s pretty much the best-case scenario.