I think we can agree that the four best teams of the season are where they should be.

The Eagles and Lions had stellar seasons and could also be included in this group, but Brisbane fell short while playing in their first preliminary final since 2003 and the Eagles were beaten by a hungry Geelong unit at the MCG.

As we head into this weekend’s AFL preliminary finals, I’ve made a list of predictions to consider.

However things eventuate, these five narratives should provoke some discussion this weekend as we learn more about the two teams who will eventually face off in next weekend’s grand final. So here are five predictions for this weekend’s AFL preliminary finals.

Gary Ablett to hang up the boots
If the Cats lose against the Tigers, which I think is on the cards, I can definitely see Gary Ablett following the same path as Luke Hodge and pulling the pin on his career. At 35 years old, he’ll be the oldest man out there on Saturday and it’s hard to see him go around again with a 36-year old body unless the Cats win the flag and there’s an opportunity to go back-to-back.

At 33, the Giants ruckman Shane Mumford is another potential retirement-in-waiting, which would be his second retirement – he made a comeback in 2018 after retiring at the end of 2017.

Tim Kelly to get best on ground in losing final
What a season Tim Kelly has had. He’s been the third-best ball winner at the Cats this season along with 21 goals. He’s been a huge part of how Geelong create their goals, with 104 inside 50s and 17 goal assists.

In the Cats’ win over the Pies last week he racked up 31 touches, six inside 50s. Expect a similar prolific ball-gathering performance this week against Richmond plus two goals. Quality players shine, win or lose, and Tim Kelly will be hard to shut down. 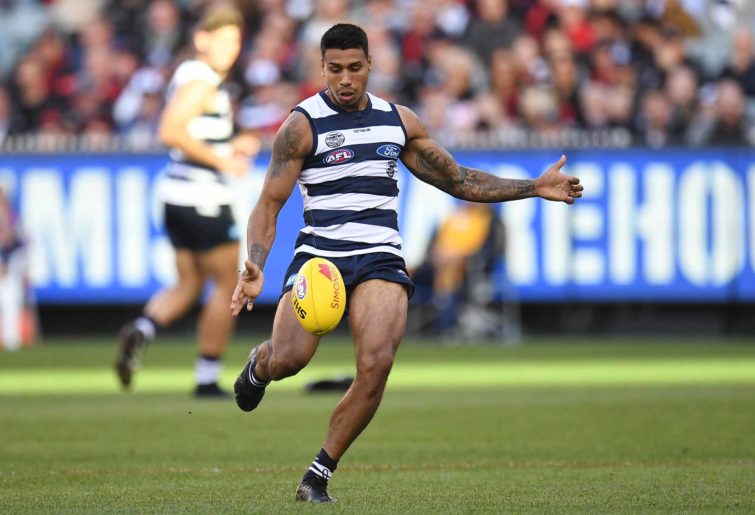 Tigers and Pies get wins
My gut feeling says the Tigers will get the job done against Geelong. The Chris Scott comment about Richmond not being as good as last year was weirdly timed. I respect that he is open to saying those things in public, but on the eve of the preliminary final?

I’m not sure the Tigers need any more motivation to knock off Geelong. The Tigers were up for a long time last year and, I guess, found it hard to keep the beast operating through the finals series. But 2019 has been all about timing their run. And they are humming right now.

As for the Pies, having an MCG final against the Giants, who could be without live wire Toby Greene, should result in another grand final appearance. The Pies’ midfield is elite and their small forwards seem to make the most of their forward entries with simple and effective execution.

Brodie Grundy could be the next Brownlow medallist
He’s overtaken Max Gawn as the competition’s premier ruckman and is currently negotiating his next payday. He is Collingwood’s sixth-best ball winner, averaging 21 disposals per game.

It will be interesting to see how Grundy fares in this year’s Brownlow Medal count. Max Gawn polled 20 votes in 2018; I think Grundy can earn more. When you look at how prolific Grundy’s tap work has evolved and factor in his ability to hurt the opposition with his ball-gathering, goal kicking and inside 50s, it makes him the ultimate weapon.

It makes him closer to the Brownlow medal than any other ruckman. 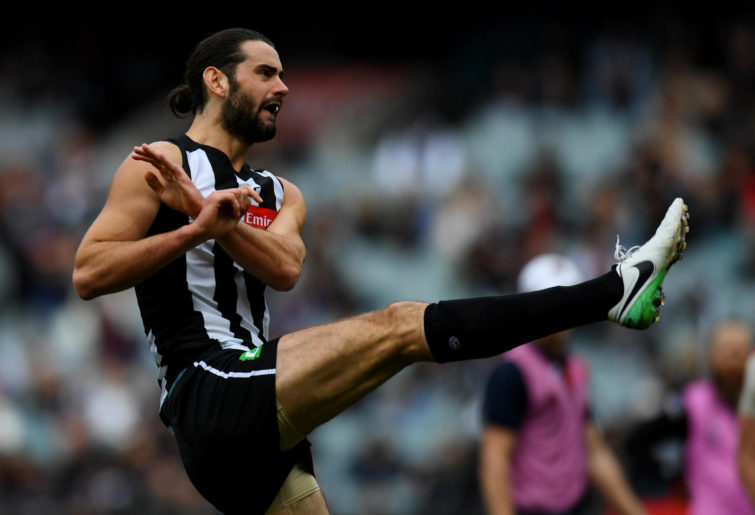 Tigers to win the 2019 grand final
I’m getting ahead of myself here, but if we had to predict a grand final winner, based on what we know and who is trending up at the right time, I’m putting money on Richmond to win their second flag in three seasons. They’ve won their last ten games, which included the 47-point smashing of an in-form Lions unit at the Gabba.

The Tom Lynch-Jack Riewoldt duo are awesome: they’ve kicked 75 goals between them. No other remaining club has a pair that comes close. And timing is everything: they’ve hit form just at the right time. I can see them winning the preliminary final by 35 points, with a four-goal grand final win over the Pies.