Why does Danny Frawley's death upset me so much?

As a Kiwi living in Melbourne for the past 30-plus years, exposure to AFL was like osmosis. To quote the Borg from Star Trek, “Resistance is futile… you will be assimilated.”

I only saw Danny Frawley play once in the 1990s, when some of my work mates dragged me down to Moorabbin – each carrying a slab – to watch this suburban mosh pit of aerial ping pong.

I don’t remember much of the game but one item stood out – when an Essendon player was poleaxed by this thing they called Spud.

Over the years working Saturdays and listening to Triple M – that’s all they allowed on construction sites in those days – I would hear Danny and the rest of the crew jabbering on. It came to a point where the pre-game was far more entertaining than the actual game, and Danny Frawley was a big part of that.

I’ve tried to get into AFL and even took my son to Auskick, but no interest at all.

I’m aware of all the media and their fascination with the big-name players in Melbourne. Plodding through the years, hearing the same old voices on the radio, seeing the usual faces on the TV, it was all a bit meh.

So when I heard Danny had died, it should have been an ‘Oh well’ moment.

I gave this more attention than any other media story I normally would. At the moment, I have little interest in my beloved All Blacks and the World Cup.

I followed what happened during the week – which I never do – then locked in a time on Saturday to listen to the hilarious Triple M tribute to Spud on the radio and watch the TV news, which I also never do.

On Wednesday, I hopped on my bike and rode down to the Saints’ ground for the public event where they live-streamed Danny’s memorial service. Funnily enough, this is less the two kilometres from where I live, but it was the first time I have been back to the Saints’ real home ground in 20 years. 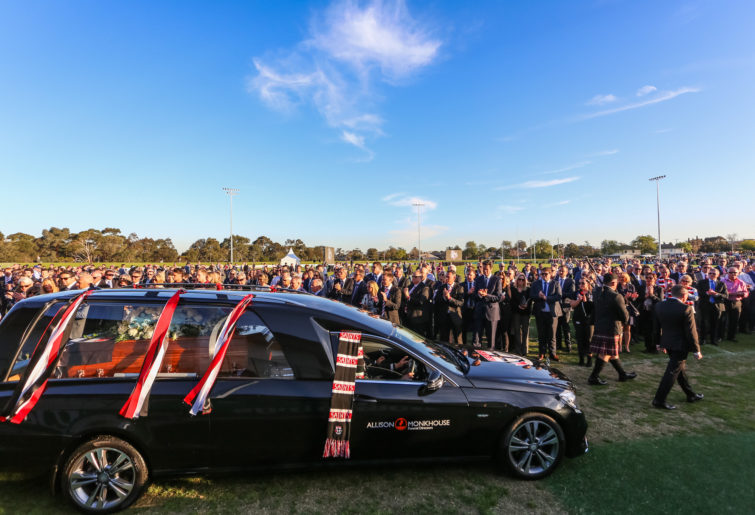 It was very strange as I watched the tributes from his peers and family. My eyes and nose did not operate too well. My eyes were leaking and the nose could not hold a good snot to save itself. Have to get that looked at.

I never met the bloke but somehow felt that I had lost a family member.

He is the same age as me, that hits home.

So I’m upset for a reason I can’t fathom. But I’m still upset.

I’ve had the opportunity to build friendships with a number of fervent Saints members.

Day 5 was yet another slow one on the AFL movement front as the trade period failed to produce any major deals – Tim Kelly aside – yet again. 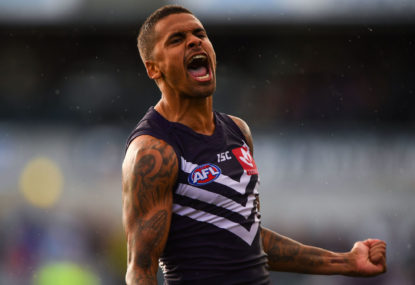 You couldn’t blame St Kilda’s list-building team if they threw their arms in the air out of frustration after the Suns were handed an extremely generous bailout package to help them out of a hole they dug during years of incompetence. 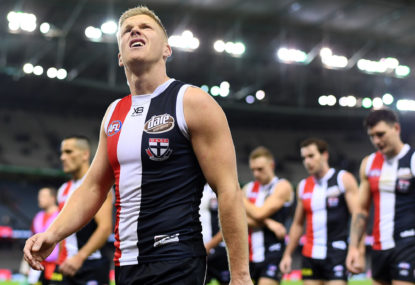